In a few words, how was the Sortimo company created ?

Sortimo was created in Germany in 1973, more specifically in Augsburg in Bavaria. Herbert Dischinger was an ironmonger specialising in fastening systems. His clientele consisted mainly of artisans to whom he sold consumables such as screws and dowels. With time, he realised that his customers were storing the products they bought in boxes or bags. Herbert Dischinger had the idea to design a compartmentalised case for sorting screws according to thread size, in the hope of helping his customers save some time. The idea now seems pretty trivial but it was revolutionary in the early 1970s. And so began the production of coloured plastic trays that fit perfectly into a metal briefcase. In the process, he created a new company that he named Sortimo, the abridged form of the German words Sortimente and Mobil; in English: assortment and mobility. Faced with growing success, the company built its own production facility in 1980 because the briefcases were previously manufactured by a licensed subcontractor. 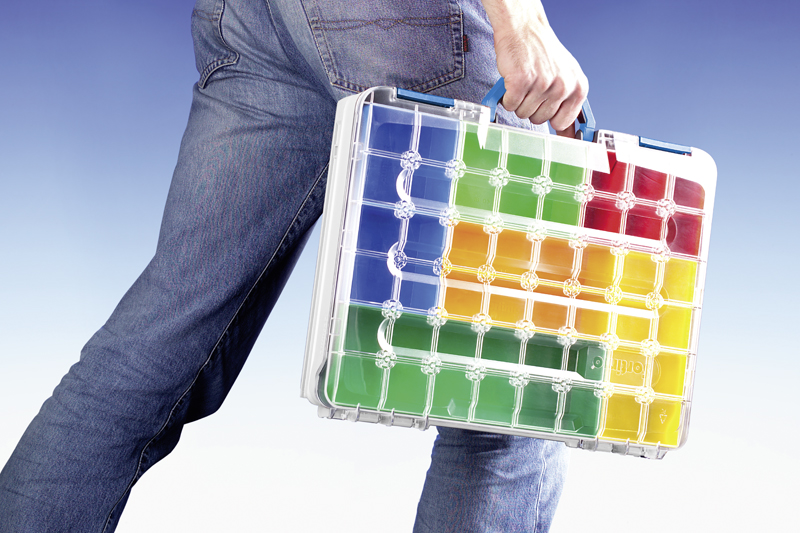 The company then evolved. When did you start producing modules for outfitting vehicle interiors ? 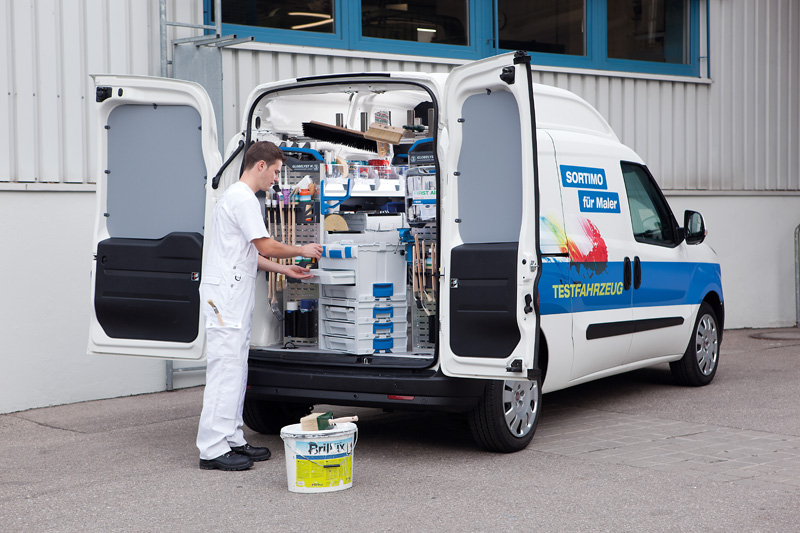 By 1990, it was the next logical step in our business' evolution. In this respect, once again, we innovated by offering flexible solutions composed of stacked parts supporting each other for improved safety. Artisans, who make up the bulk of our market, were quick to realise the benefits of converting their vehicles. But they were not the only ones. Major companies who manage fleets of vehicles also sought to use our products. Studies show that professionals can waste over thirty minutes per day looking for parts or tools in their vehicles, regardless of make and model. Do the math: 30 min x 200 working days equates to 100 hours. Multiply this number by their hourly rates, take for example € 45 an hour, and that's already a loss of € 4,500 per vehicle for one year. Needless to say, the numbers become quite significant when you have a fleet of 5, 50 or even 100 vehicles.

These interior accessories are predominantly made from polymers. What makes them so useful ? 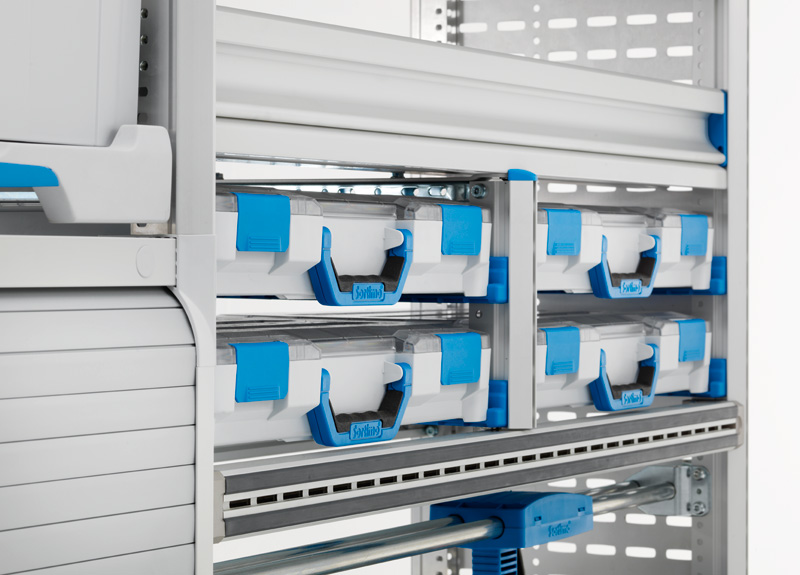 Firstly, their weight! They are incredibly lighter than wood or metal. Our customers benefit from it in two major ways: firstly, for the same load, our vehicles consume less fuel because our accessories are lighter. Secondly, given that a vehicle's load capacity is fixed, customers can load more cargo into the vehicle. They are benefitting all around. Moreover, fleet managers know what they are doing. They are well aware that the price difference between our accessories and wooden ones will largely be amortised over the life of the vehicle. For them, choosing our solution is a particularly efficient investment.

Is that the only advantage ?

Of course not. We developed small technological marvels to design our modules, and I'm not entirely sure that we would have been able to successfully realise our concept, which can be considered a set of oversized building blocks, without using polymers. The modules can be clipped on to each other, making the system entirely scaleable. Safety is another concern of ours. Once in place, the system becomes an integral part of the vehicle. It is secured to the body, which is essential for safety. Finally, we do everything in our power to make working easier for professionals. When working on a construction site, they can take only what they need since each module is easily removable and thus becomes a self-contained transportable case. 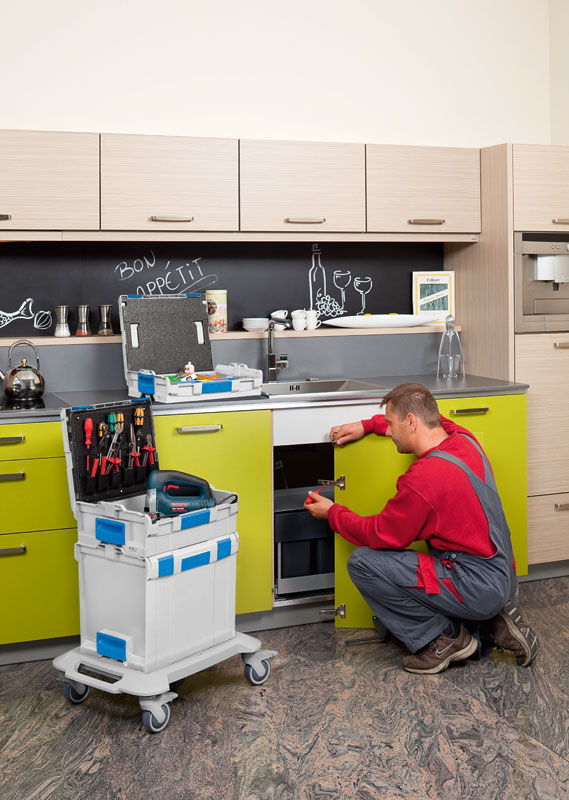 Finally, I would say that the ease of use of thermoplastics such as polypropylene enables us to fine-tune both the system's design and especially, ergonomics. There is a reason we like to say that we want to make daily work the most professional possible, more efficient and safer while keeping the budget required to a minimum.

Staying on the subject of safety: does your equipment undergo crash tests ? 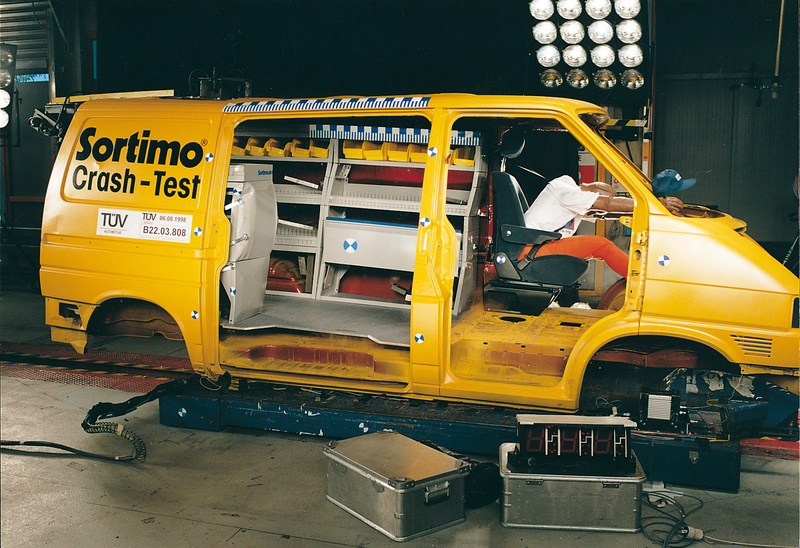 There is no European legislation in this area and we find that deplorable as it would certainly prevent so many accidents with low-end products that can easily be purchased online. However, countries such as France are carrying out a large amount of research on the behaviour of the furniture in vans and light trucks in the event of an impact. The National Institute of Research and Safety (INRS), for instance, recommends using solutions like ours. It states that during a frontal road accident, an unrestrained load in the rear of the vehicle is violently thrown against the seating and becomes a projectile likely to injure or even kill the vehicle's occupants. Installing a partition physically separating the load from the occupants, as has been done on certain vehicles, partially addresses this risk. It goes without saying that our equipment passed the tests with flying colours!

You recently developed a range made from composite materials. Can you tell us any more about it ?

It is a high-tech range which further reduces weight without affecting robustness. We innovated once again by using the pultrusion technique which consists of dipping a fibre in a resin by passing it through a bath, and stretching the composite in a heated die to cause polymerisation. This technique enables us to obtain carbon-based composite plates that are cut to size and subsequently assembled in order to manufacture our modules. This process enables mass production of more or less complex shapes or uniform sections. We consider it a guarantee with regard to the quality of our products.

Is it safe to say that innovation is a core aspect of your company ?

I think we are tremendously fortunate to be a company which is jointly managed by someone from the financial world and an engineer. Profitability and the resulting sustainability are important values, as much so as our strong ability to always innovate. I spoke about the composite range of products earlier; we are very proud to be able to say that we are the first manufacturer of interior equipment for vehicles to have worked with composite materials. However, we are no less proud of the other innovations that may be considered less spectacular. They are part of our policy to continuously improve our products. Changes may sometimes seem small, but they often make all the difference. 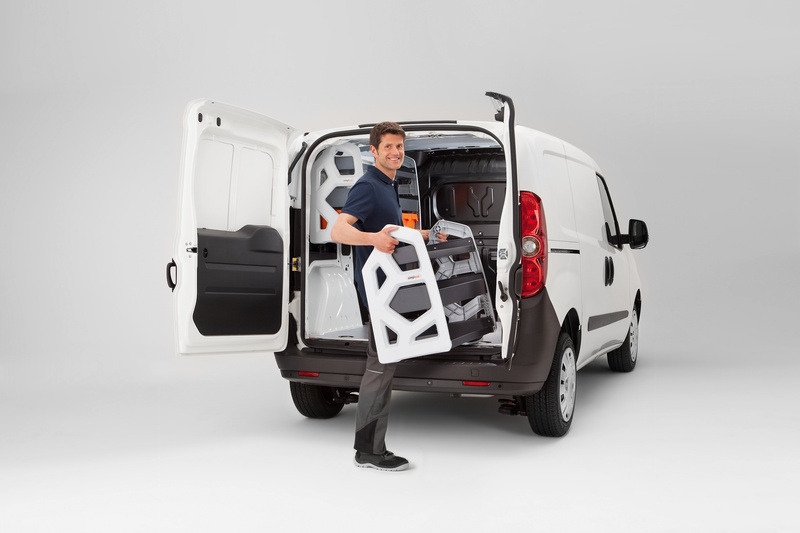 Many thanks to Catherine Caquet

See similar articles
Read the previous article Scientific research: which directions for the coming years?
Read the next article Wingman soars on the wings of desire