What led you to develop EQ-top coating solution ?

First and foremost one must bear in mind that 1.2 billion people reside in at risk earthquake areas, living mostly in buildings which aren’t earthquake safe. Our prime objective is to improve these buidings’ earthquake resistance. Ordinarily, this involves total reconstruction of the structure, by removing the building’s weak elements, walls or columns, and replacing them with new elements.
For example, if the building was constructed in masonry, general practice warrants that a lot of masonry elements be replaced with concrete.
Residents dislike this practice. Indeed high costs are involved and reconstruction requires moving out while the works are being conducted, generally for long periods. As an obvious consequence, residents are averse to upgrading the earthquake resistance of their building, and will prefer suffering to live in unsafe buildings. Over the past ten years we have sought to overcome this major problem, researching cost effective and expeditious means of upgrading. Renovation was to be preferred to reconstruction, and works should be clean, dust free and accessible to all. 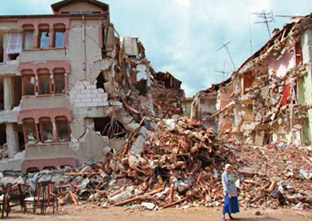 Hence the idea of using a para-seismic coating based on a lighter material ? 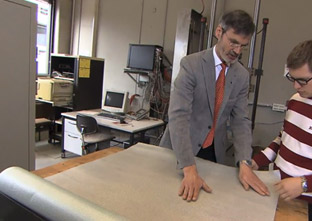 Yes. Firstly, we considered state-of-the-art materials which are currently rarely used in the construction community, glass fibre and carbon fibre.  We settled for glass fibre as seismic wallpaper. However, glass fibre coating alone was not sufficient. We needed to modify the adhesive so as to be able to solidly anchor the glass fibre to the plaster surface.  Further, the ordinary adhesive was unsatisfactory for lack of ductility and consequently displacement capacity.
We turned to Bayer Material-Science who assured us that they were familiar with glass fibre elements and possessed the requisite knowledge to develop a new type of adhesive which met the parameters we set.
The final product, a flexible adhesive based on polyurethane dispersion Dispercoll, exceeded all our expectations, and in my opinion, constitutes the next generation adhesive in construction.

Why was this polyurethane the best material for the adhesive ? 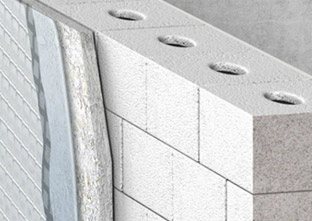 Polyurethane has high ductility, is therefore flexible and possesses high tear strength. Further, polyurethane does not encounter temperature variation difficulties. Thirdly, polyurethane doesn't behave as a vapor barrier and avoids water deposition and humidity on the walls, which would limit the emission of fumes in the event of fire. Finally, we sought to develop an environmental friendly product based solely on water.

Can the EQ-top system be used for all types of structures ?

The populations which reside in earthquake prone areas live mostly in masonry structures. The adhesive we asked Bayer to develop is meant for all types of masonry constructions.

You could apply it to steel or concrete but it would have no influence since these materials have far greater strength. 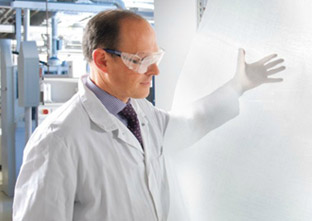 Can the EQ-top be used for all types of masonry walls ? 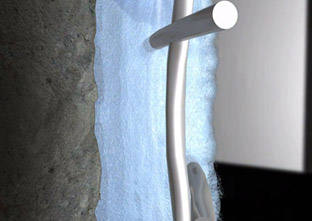 Is EQ-top currently being commercialised ? 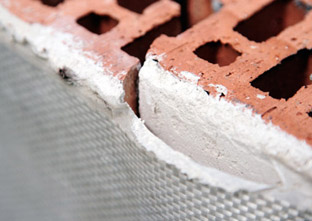 Yes, Bayer has concluded an exclusive distribution contract with a large Italian construction company and commercial tests were carried out in Italy in buildings which are permanently used: schools. We were told that the results were fantastic, not only because works could be completed after school hours but also were dust free and eco-friendly.

Are there any long term plans to distribute the product worldwide ?

We have connections worldwide. Europe is our first objective, and we have projects in Italy in public buildings, schools and hospitals. We have also received queries from countries in South America, North America and Asia. 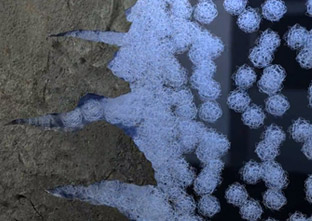 In your opinion what is the current role of polymers in construction ? 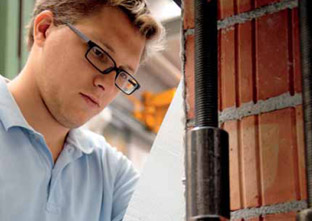 We cannot limit polyurethane to para-seismic construction.  We are thinking of ways to use polyurethane in various construction processes mainly because of its ductility and temperature reliability. For example, we are now researching polyurethane adhesives for steel and carbon.