Although many polymers can be recycled to take on a new life, this is not always possible or cost-effective. In such cases, incineration and the conversion of heat into energy constitute a tried and tested solution.

When was the Spittelau incinerator built ?

Construction works on the Spittelau site ended in the late 1960s, and the site was inaugurated in 1971. Everything went well until 1987, when a fire destroyed a large part of the plant. It was then a matter of deciding whether to destroy the remains of the building and build a new site elsewhere. After reflection, it was decided to rebuild in exactly the same spot. The choice was an easy one for two crucial reasons: first of all, because the public heating and air-conditioning systems and pipes had not been damaged by the fire. The cost for installing a new infrastructure was deemed too high. The second reason was linked to the environment. Spittelau is located just a stone's throw from the centre of Vienna, and the trucks that deliver the waste on a daily basis therefore only have a few kilometres to drive. Moreover, the closer the energy recovery incineration plant is located to the beneficiaries of the heat that it produces, the less loss of heat along the distribution circuit. 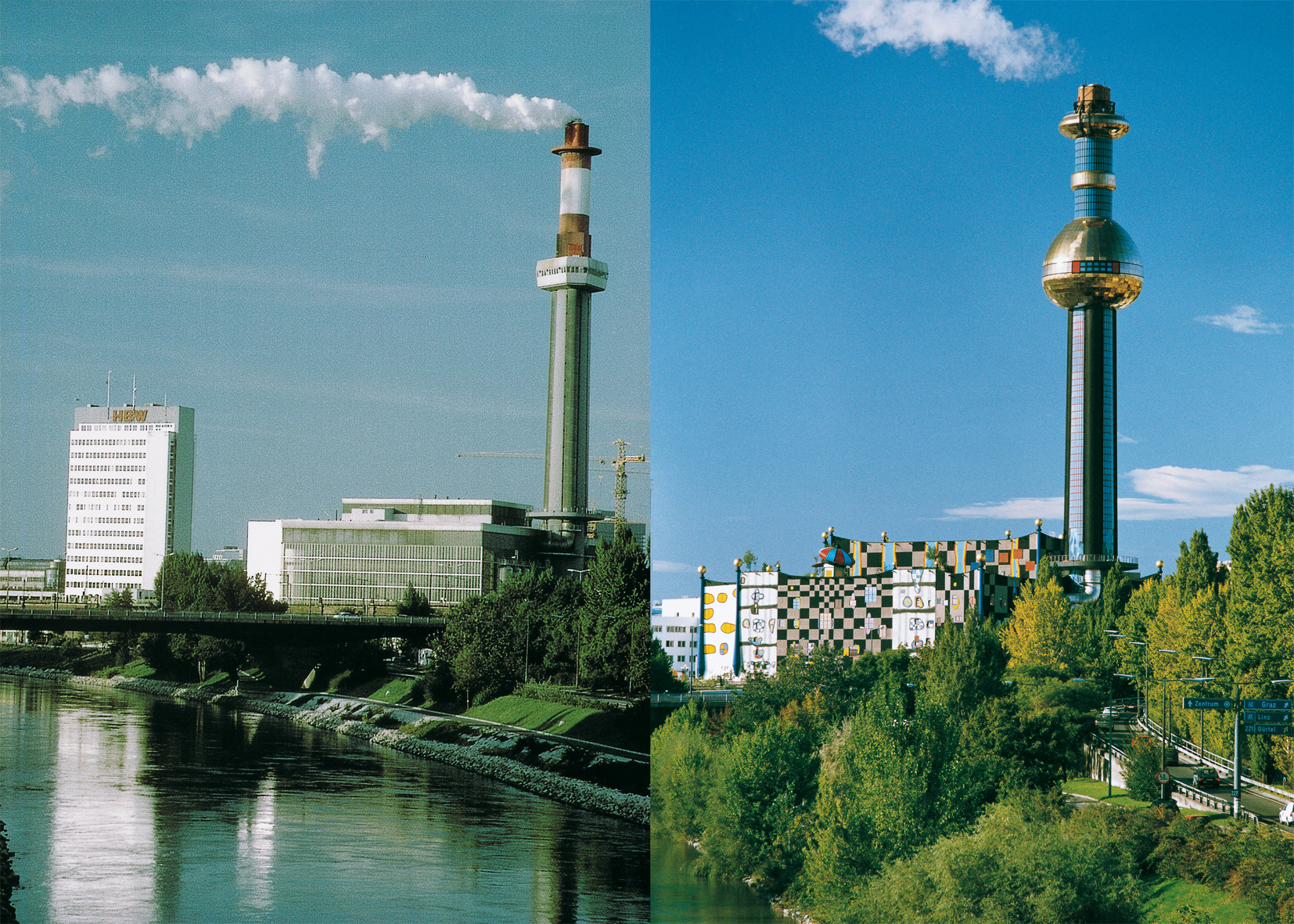 Was it common to build such waste incinerators in Austria in the 1960s ? 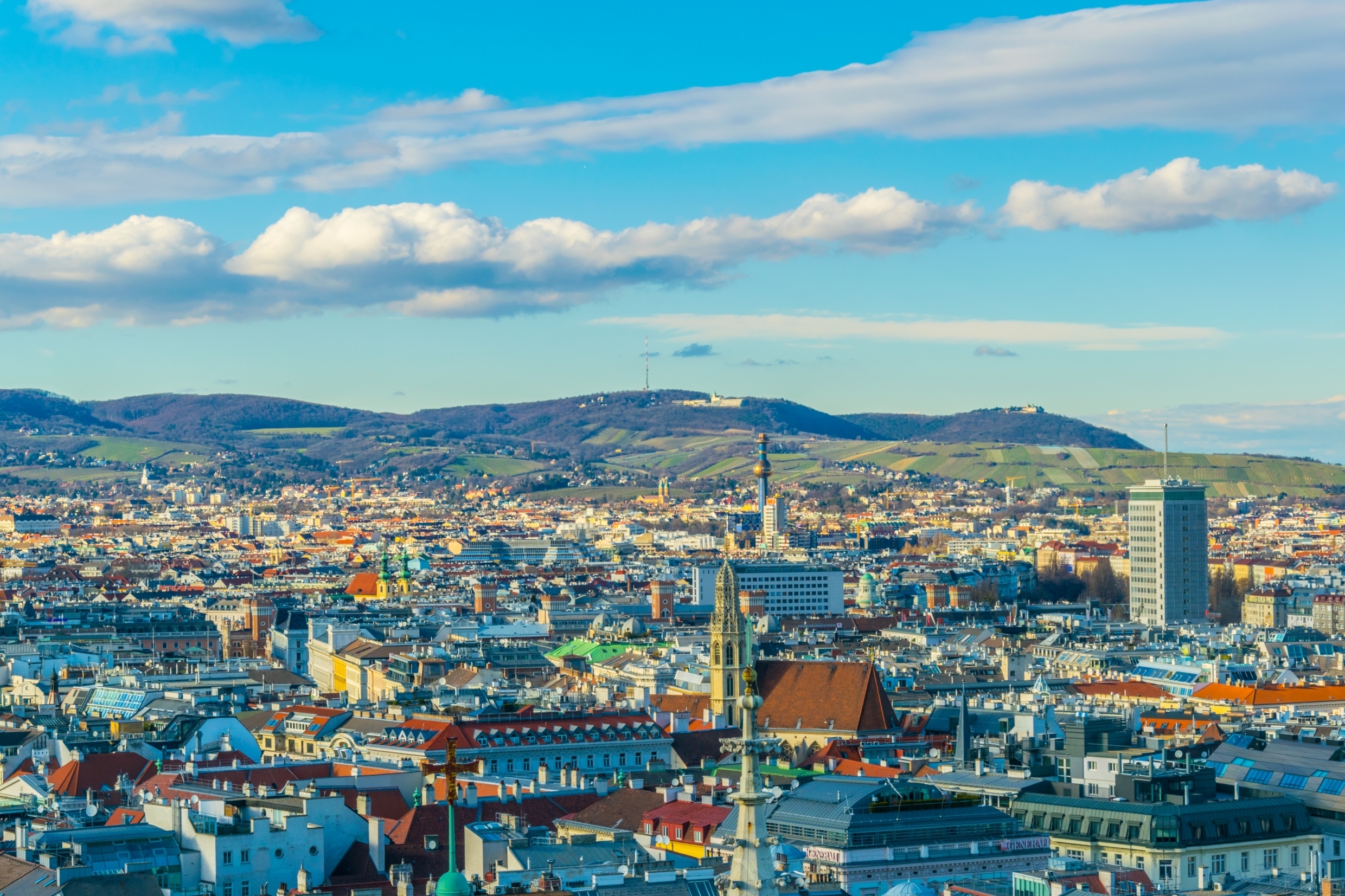 In Vienna at least, it was, since the first waste incinerator was built in 1963 in Flötzersteig, a Viennese neighbourhood slightly removed from the centre. For the record, Wien Energie managed the incinerator. In the early 1970s, another incinerator was commissioned in Wels, a city in the western part of the country. The main purpose of the incinerators is producing electricity or providing certain points of the city with urban heating. In the 1970s, the Spittelau incinerator's main purpose was to provide heating and air-conditioning for Vienna's General Hospital.

Is its purpose still the same today ? 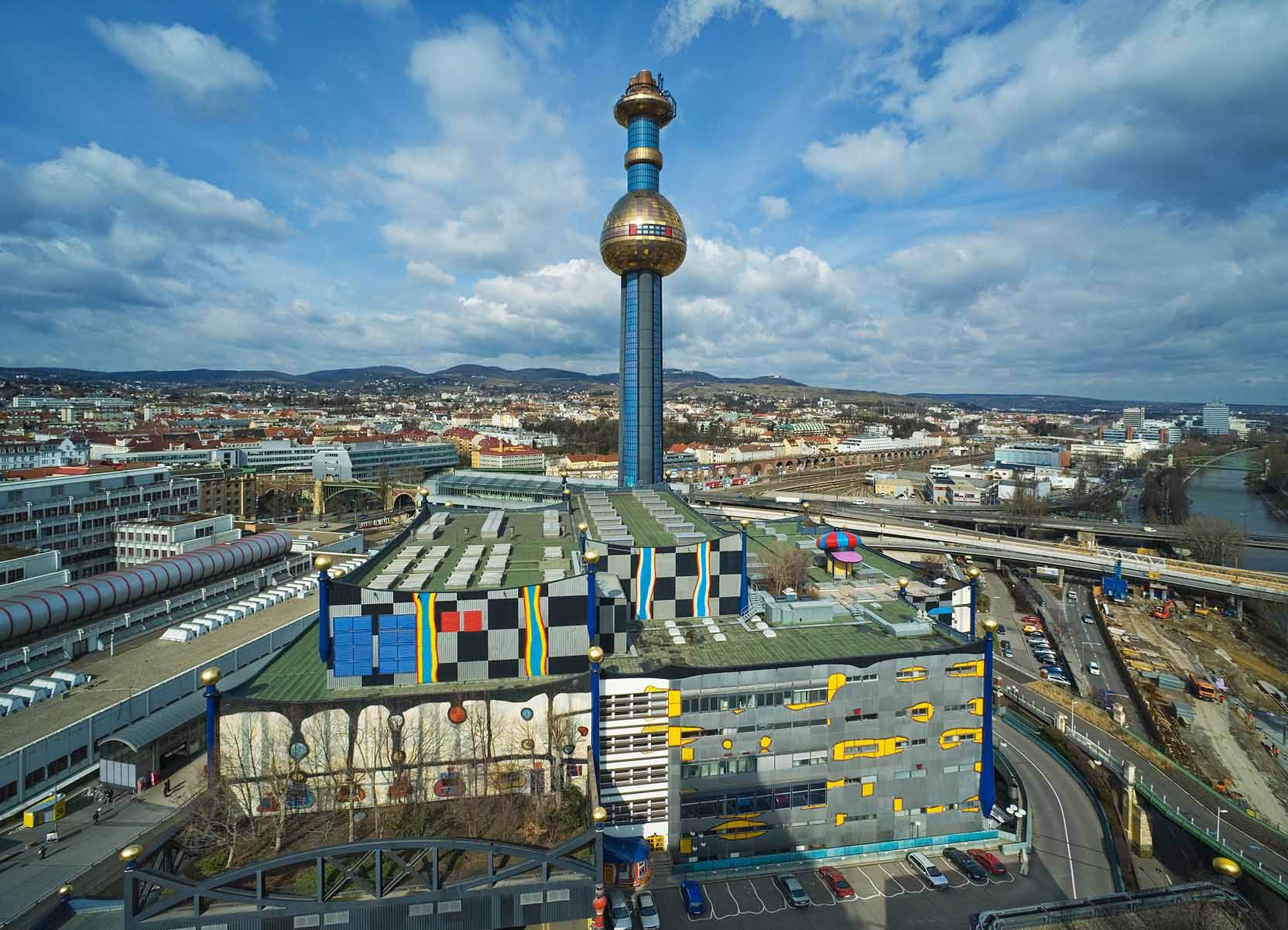 Not really, as the incinerator has changed considerably since 1971, as has the urban heating network. First of all, after the fire of 1987, and in particular since the mid-2010s where it underwent major renovation works. The site currently incinerates around a third of all borough waste, i.e. around 250,000 tonnes per year. It produces an annual 120 MWh of electricity and enough hot water to heat 60,000 Viennese households, with a thermal output of 500 MWh. Every day, around 250 vehicles supply the plant which, I recall, is located in an area that is relatively close to the city centre. The incinerator also injects cold water into a parallel network to provide air-conditioning to a nearby university.

The reconstruction works following the fire of 1987 revealed a sizable surprise. Can you tell us more ?

This initiative, which may seem a little far-fetched, came from the mind of Helmut Zilk, Vienna's mayor at the time. His ambition was to make the incinerator a work of art. He contacted world-famous Viennese artist Friedensreich Hundertwasser. Given the artist's ecologically-minded beliefs and his commitment to the well-being of the community, it was necessary to provide solid guarantees as regards environmental protection: maximum reduction of the emission of toxic vapours, restrictions on the volume of waste, recycling efficiency, and more were part of the specifications. The technicians were able to provide a response to each issue, while guaranteeing that everything would be done to reduce the impact on the environment when carrying out the thermal treatment of the waste. The artist was finally convinced and contributed, stating that he intended to create "a true memorial for a more beautiful world without waste". 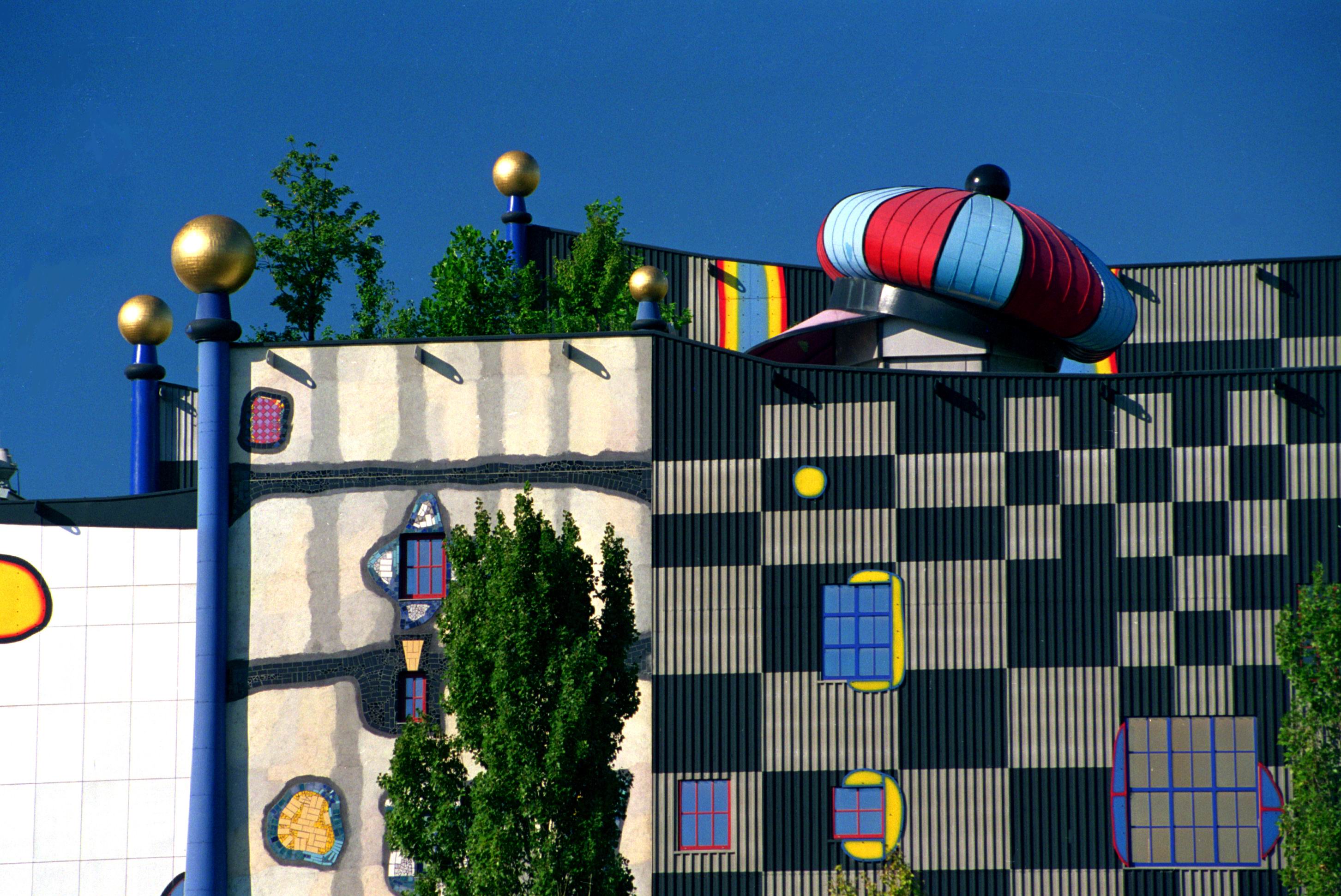 In designing the Vienna incinerator, the militant artist proved that an industrial complex could be harmoniously and spectacularly integrated into the urban landscape.

Can it be said that the incinerator is one of Vienna's most emblematic monuments?

Absolutely! Its colourful façade, the golden ball on the chimney, the flowered terraces and all the vegetation definitely make the incinerator a major architectural work for the borough, in the same vein as St. Stephen's Cathedral and giant Ferris wheel in Riesenrad. It is included in tour operators' tourist tours. Overall, the Viennese people are pretty proud of it, while they are more condescending when talking about the other, more traditionally-shaped municipal incinerator. Worse yet, some even despise it despite it being located further away from the city centre and complying with all anti-pollution standards.

Finally, major works were carried out on the incinerator between 2012 and 2015. What was improved, and why? 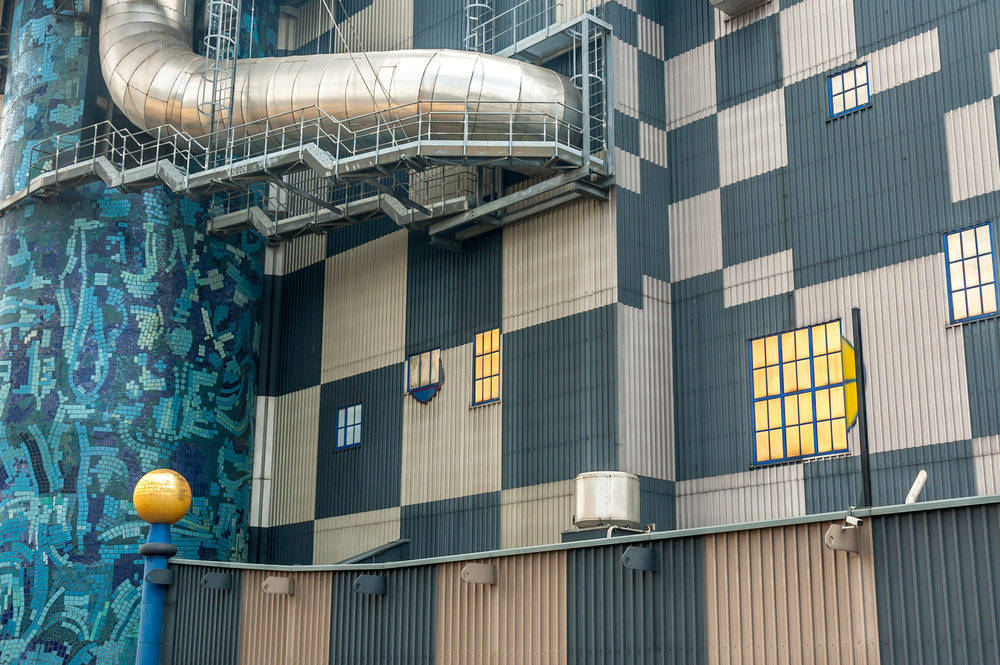 Not counting the period of reflection after the fire, the site operated continuously for over forty years. It was well maintained, of course, and never encountered major problems, but it was getting a little run-down and becoming obsolete. It was decided to improve its performance and efficiency. For instance, the two main boilers were replaced and modernised, thus reducing natural gas consumption by 5 million m3/year. Although its waste treatment capacity remains roughly the same, its electricity production capacity has tripled. It also pollutes less thanks to new denitrification systems. Finally, all efforts were made to leave Friedensreich Hundertwasser's work untouched.

As the artist died in 2000, we could not get his input, but all the extension works were carried out in the spirit of the initial building. We also opted to carry out all the renovation works without stopping the plant. This was a major challenge that we successfully met thanks to rigorous planning. This is also why the works took over two years. 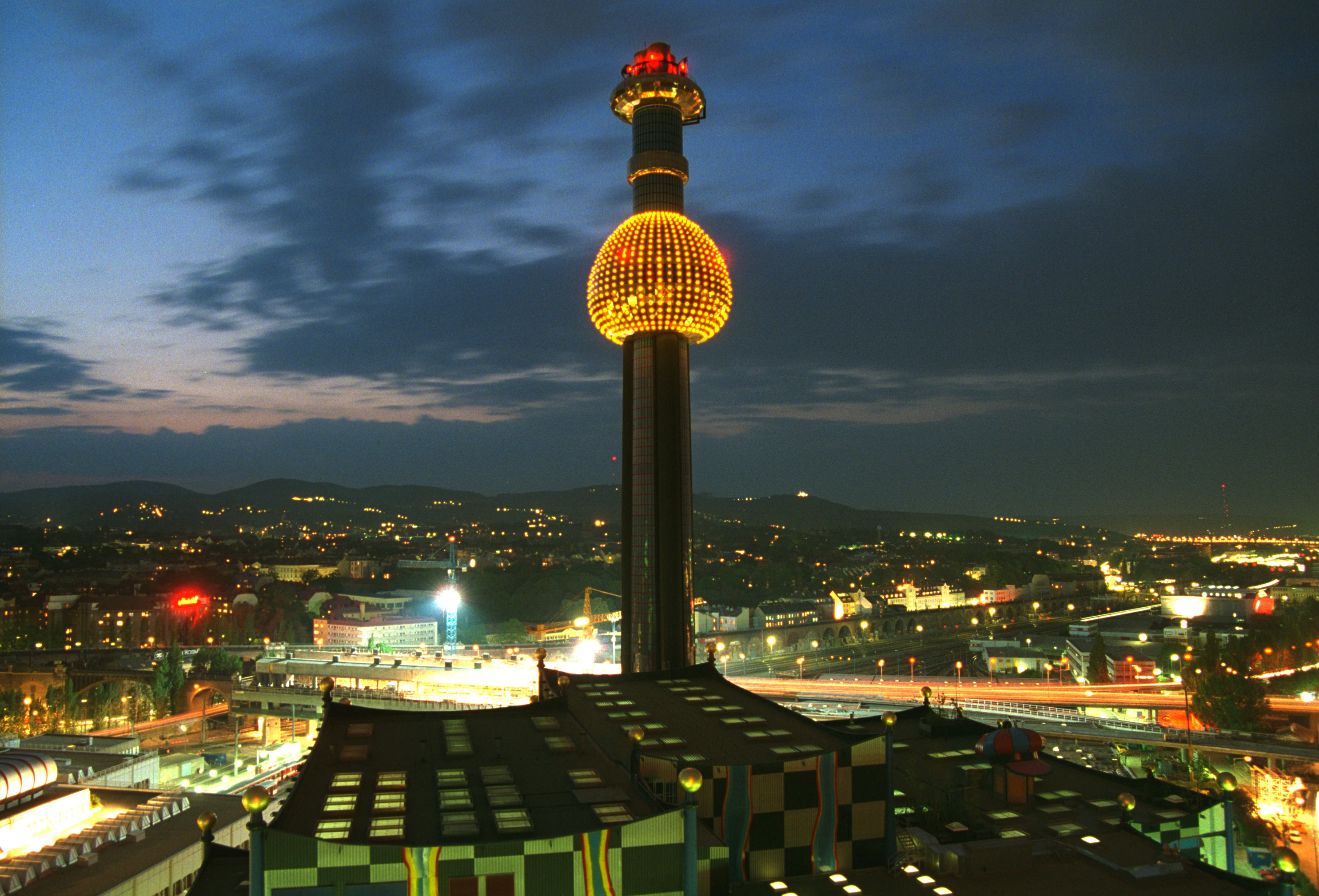 Speaking of environmental friendliness, which processes did you choose to "clean" the smoke?

Without going into too much technical detail, it should be noted that the gases resulting from the combustion travel through various heat exchangers to produce the vapour which will be used to manufacture electricity or heat. The residual gases are burned and cleaned using a water and ammonia-based system. Briefly, this results in dust that is collected by a set of high-end latest generation filters. Finally, the purified combustion gases are evacuated by the chimney at a height of 126 meters. Thanks to continuous improvement of the smoke treatment techniques, the pollution control on thermal waste from the Spittelau treatment plant has reached a high level of quality that is perfectly in line with all environmental laws. Any citizen can read an electronic chart set up near the incinerator at any time in order to have an up-to-date idea of the composition of the gases released into the atmosphere. This is also a means for showing off our know-how.