Orchard growers are increasingly turning to plastic. Why is that ?

Plastic use is certainly spreading among fruit growers. You could pin the start down to fifteen-odd years ago when a run of hail downpours just weeks from harvesting wreaked havoc among hectares of fruit trees causing financial disaster to growers. People realised that something had to be done to protect fruit crops. Woven polyethylene nets were already on the market, so fruit growers appropriated them. And technology has moved steadily ever since. 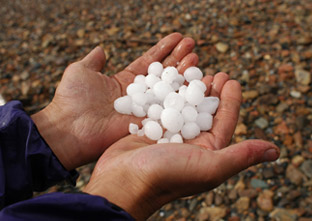 How can just a net protect from a heavy hailstorm ? 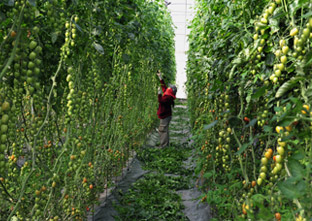 Strange as it might seem, these nets are incredibly effective if properly fitted. The idea is to create a protective barrier, so the nets are hooked to a series of cables placed upright and parallel to the rows of trees. The cables ensure structural stability in a hailstorm, because a heavy hail downpour can produce tens of kilos of hailstones per square metre. This technique allows acres of orchards to be covered. In a storm, the hailstones bounce off and are discharged directly to the foot of the structure.

Isn’t it complicated to set up ? 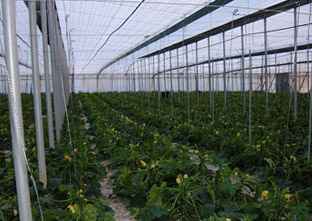 Well, it isn’t easy, and it costs money. But growers are businessmen and no longer take the short-term view. By effectively protecting their crops, they know they are protecting themselves against unpredictable weather. Also, nets have at least a ten-year service life, unlike straw matting that has to be renewed almost every year. A properly set-up cable system is particularly robust and will stand up to all types of weather. They have to be rolled up in winter because snow doesn’t run off like hail so the nets and structures may warp, or even tear or break.

Does plastic have any other uses in tree and shrub growing ?

Yes, of course, especially for ornamental horticulture in nurseries. You can get slightly more rigid, smaller-sized nets in extruded polyethylene to wrap around sapling trunks to stop small rodents gnawing away the tender bark.
You also find it in orchard irrigation systems, where pipes and drippers are in high density polyethylene. Horticulturists are quite big on what are called drip irrigation systems that give them better control over their water consumption by giving plants only what they need. Nurseries also use plastic as mulch for exactly the same reasons as market gardeners. 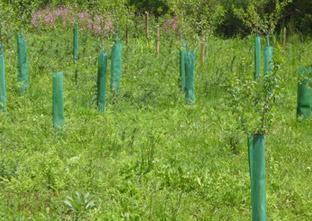 Talking about plastic films, what do you think about bioplastics ? 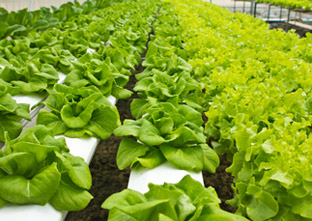 I think polyethylene still has a pretty bright future! Biodegradable plastics perform well in short-life applications like mulch for lettuces for example. The good thing is that they can stay in the fields and don’t need collecting. On the downside, you can’t use them everywhere or for all applications. Also, they are still new to the market, and industry R&D departments have to develop them further to expand their scope. But it is an appealing idea: plastic mulch that doesn’t have to be removed and is eliminated by natural degradation. The problem is to find the right plastic for each climate and kind of crop. Research is moving on, so it’s only a matter of time. It has to be said that a plastic film which breaks down naturally is a big time-, cost-, and obviously, energy-saver for farmers. And it isn’t just films: recently developed horticultural twine solutions are giving excellent results.

Meanwhile, what solutions are available to farmers ? 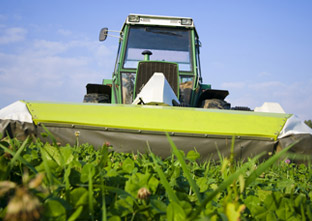 Obviously, this is a very big concern for the Agricultural Plastics Committee. We have set up the RAFU Used Agricultural Films Recycling project – a 4-year collaborative research programme between all French sector players, from farmers via machine manufacturers to collectors. The aim is to improve the collection and recycling of used agricultural films (UAF) by significantly reducing the contamination rate. That means coming up with new machinery. Some of our key project partners are Invenio (testing centre), the Ales mining engineering college, the RSTEA, machine manufacturers and recyclers. The project is being taken very seriously and 45% of the funding is coming from ADEME (the French Agency for Environment and Energy Management). It is looking at both the techniques and tools for application of UAFs but also pre-treatment processes and conditions of transport for recyclable materials.

The first field trials are planned in 2013. I can tell you that we are moving forwards very quickly with every hope of being able to put up practical solutions in the coming months.