Did you have any experience in the field of water purification prior to designing the pump ?

Yes! In addition to my initial training as an industrial designer, I took part in several projects in the context of development aid, one of which, as part of the Nedap NV company, resulted in designing a first model of a pump. Christened Naïade, it was already intended for supplying drinking water to rural communities in developing countries. 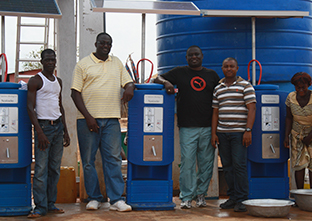 Is the new concept developed by your company, Villagepump, an extension of that initial model ? 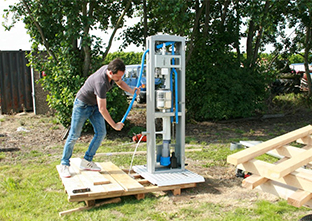 Was this new project an extension or a departure from the first? Hard to tell. I think that the theoretical approach used was similar in that it sought to favour simplicity, autonomy and safety. However, its technical implementation was very different. The Naïade pump proved more complex than planned in that it combined photovoltaic energy, synthetic membrane filtration, and UV disinfection. A mix of technologies, that may have been too much for users. With the Villagepump concept, I wanted to correct this by promoting simplicity. Given that the selectivity of ultrafiltration membranes now enables them to block UV rays, I wanted to offer a manually operated pump based on a mechanism that is as easy to maintain or repair as a bicycle.

What are the key technologies used in this new concept ? 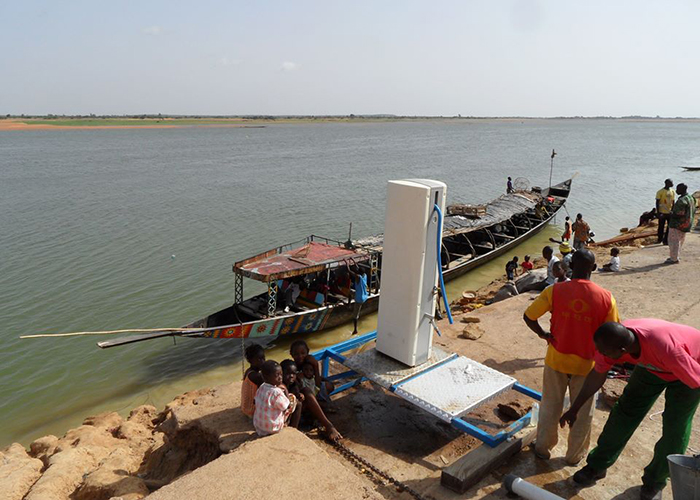 To summarise, I would say that the pumping mechanism is derived from the domestic hand pumps used around Europe since the end of the 19th century and which are still used in Africa to this day. But instead of pumping drinking water, as was the case before, it is designed to pump and treat poor quality river, rain or underground water, up to a depth of twenty metres.
The main innovation in this regard was that of fitting the system with a direct filtration device, which means that the water to be treated is not stored in a tank beforehand. Hence the difficulty in finding a material for the membrane that can meet contradictory requirements. It had to be sufficiently permeable to water molecules to not hinder aspiration and tire out the user. Conversely, we had to move towards ultrafiltration in order to eliminate bacteria, protozoa and viruses to meet WHO standards. The final constraint was avoiding clogging in the fibres in order to reduce repeated rinsing and to prolong membrane life.

Which solution did you adopt ?

Given the constraints linked to manufacturing costs, and maintenance costs in particular, we obviously opted for an organic membrane. However, for the purpose of ensuring durability, we selected a polyethersulfone-based fibre; the latter is a very high performance polymer, which is relatively expensive but renowned for its mechanical, thermal and chemical resistance.
Its effectiveness is further enhanced when combined with an automatic purging mechanism that preserves the membrane from larger elements likely to damage it. 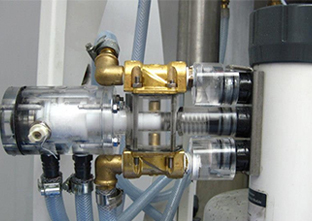 Is it the only plastic part in the pump ? 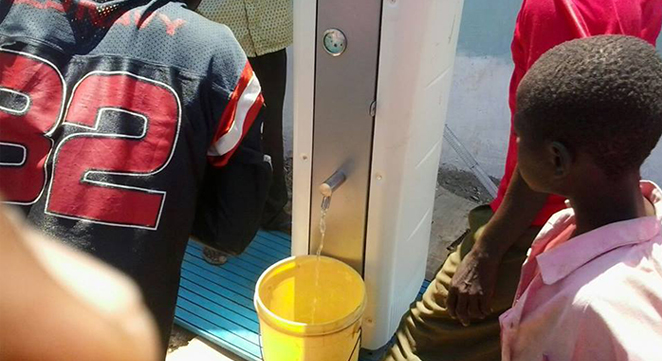 No! For reasons of hygiene and strength, we used other plastics to create the parts of the hydraulic circuit that are directly linked to the mechanism. The supply and flushing valves are made from Noryl, a polymer alloy used in the automotive and food industries. The body is made up of an acrylic resin double hull.

What is the Villagepump's capacity ? 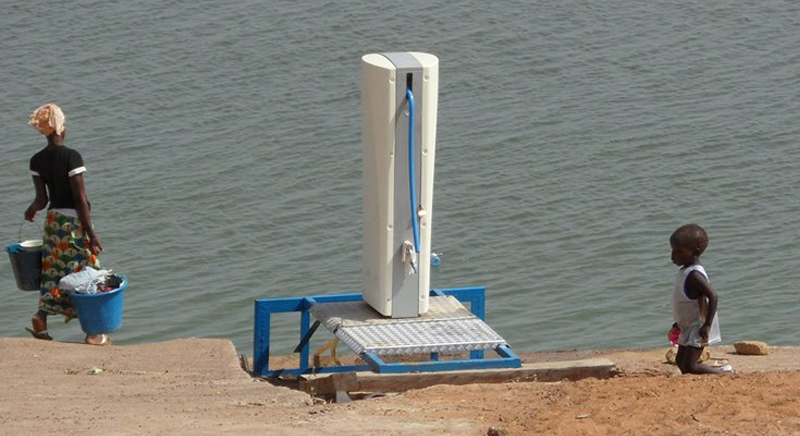 The entire device enables an adult to produce between 400 and 500 litres of drinking water per hour. Depending on the regions and frequency of use, this yield enables at least one hundred families to be provided with drinking water.

So it is not intended for individual use ?

That is not the aim. The idea is to provide a water purification system to small communities, nevertheless recommending that maintenance be performed by a specially trained technician. For the remainder, each community is free to operate it as they wish.
In the DRC, for instance, we provided a school with a pump that also provides drinking water to the village's families, for a contribution.
In Asia, it is not uncommon for an individual to acquire a Villagepump and use it as part of a micro-business with the aim of serving the public. 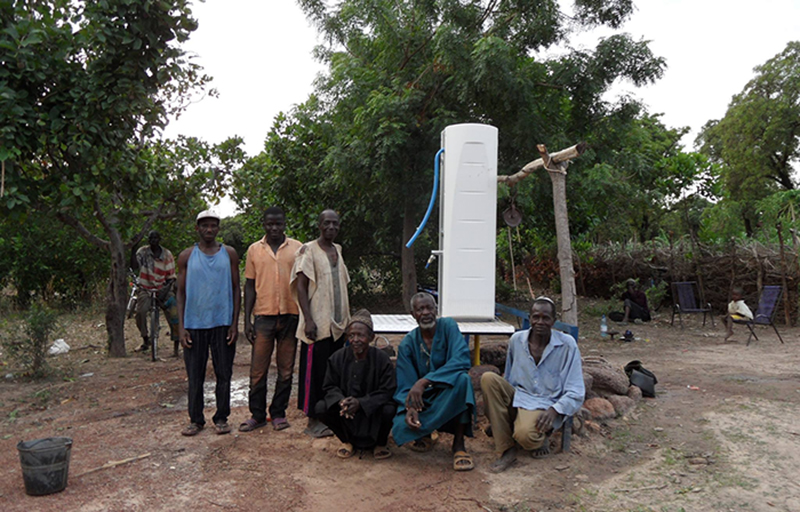 See similar articles
Read the previous article "Despite the small quantities, using nanotubes is very complex."
Read the next article "Our polymers are at the forefront of the adventure of wearable technologies"