How did you come up with the idea of investigating how to recycle the plastics used in 3D printers ?

Researchers in my laboratory came up with the idea. I work in a Fab Lab which is also frequented by industrialists and students. We are all in the habit of conducting many tests, so there are many failures and wasted materials: a veritable little shop of horrors! We decided to conduct research into reducing this form of pollution, and I became fascinated with the subject. I am a research scientist and I have long been interested in polymers, so I naturally wondered whether it was possible to recycle 3D-printed objects rather than throw them away.

At first blush, it does not seem to be a major issue as only a tiny proportion of plastics are used in 3D printing ? 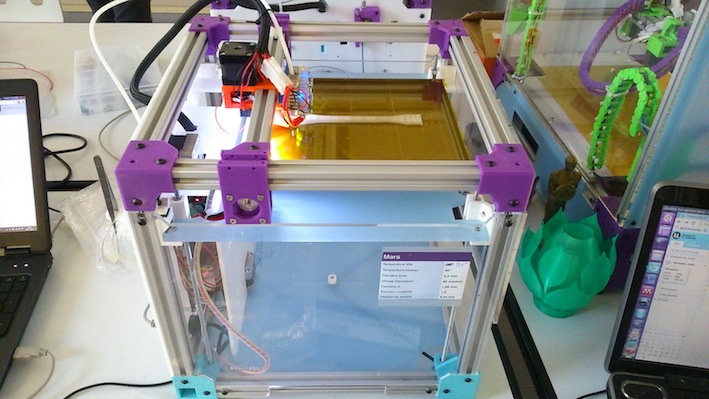 That is true now, but the 3D printing market has experienced considerable growth over the past ten years. 3D printers can be found in engineering firms, in designers' firms and even in primary and secondary schools. It is likely that many individuals will have access to such printers in the near future. At that time, the volumes of plastics used will increase exponentially. In addition, to remain in the present, engineering firms, for instance, use them to design prototypes with a very limited shelf life. After two or three presentations, these beautiful objects often end up at the bottom of a bin.

And what are the conclusions of your thesis ?

Before talking about my conclusions, I would like to mention a sort of prerequisite. I started from the principle that a recycled material should have the same properties as a virgin material. If it should lose one of its physical or chemical properties after recycling, it could be considered an inferior material and therefore be of lesser interest to those who may use it. And in our case, the polymer that was melted and cut does not have exactly the same properties. It's a bit like comparing whole spaghetti and cut spaghetti; it's the same pasta but their physical properties are different. In addition, a polymer is not insensitive to its environment: UV rays, sweat, and microorganisms can attack it.

Should we therefore say that the polymers used in 3D printers will not be recyclable any time soon ?

What we are currently trying to achieve is recycling polymers such as the PLA that are widely used in 3D printers. In my laboratory, we are seeking  solutions by extruding used plastic and re-inserting it into printers in order to melt it again. It appears to work but we have noticed changes in the material's structure when analysing the new object's properties, including that of mechanical strength. This technique is therefore not satisfactory and proves that the polymer lost a few of its properties during the transformation process. 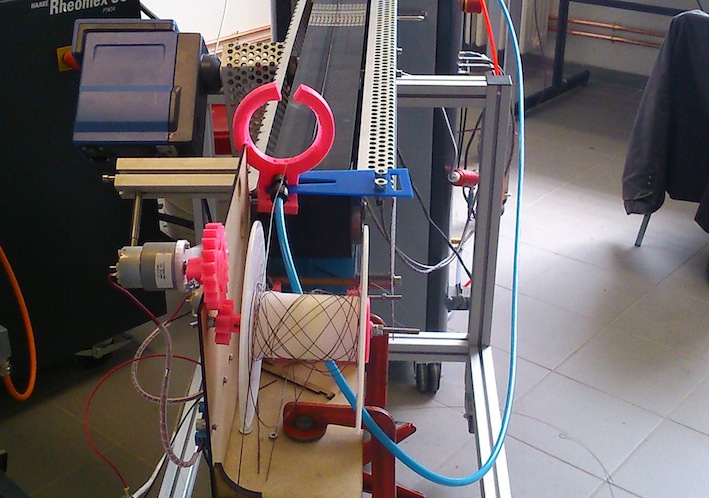 Many start-ups around the world are working towards developing filaments made from other polymers. After many tests, we now have coils made from the PET (polyethylene terephthalate) used to make water bottles. ABS also features heavily in many research projects. In fact, the real difficulty lies in developing a recycling method and a method for evaluating the recycled polymer that is sustainable, repeatable and easily replicated by users of 3D printers. We are striving to build the methodological tools with which to create a true circular economy around this technology.

Could a recycling industry grow from all this one day ?

Yes, and it would be necessary because it is likely that every individual will have their own 3D printer in a couple of years, and everyone will want to make a bust of a member of their family or a friend, for instance. That could lead to several tonnes of waste in a few years. I can well imagine seeing a bin for failed 3D objects or objects abandoned by their creators being installed in every neighbourhood. Anyone could take their pick. Open source plans for creating a "home-made" extruder have already appeared on the Internet. It is not inconceivable to imagine that a group of friends, or neighbours, could build such an extruder and make it available to everyone. They could therefore manufacture their own coils. It will be necessary, however, to warn users about the risks of creating objects for food use.

It is not prudent to use such used plastics to create a nice salad bowl in which to put yesterday's leftovers and heat them up in the microwave. It is a matter of public health as the health risk seems far from minimal. Also, the recycling industry would only work if the recycling bins are not overflowing with objects. It should be hoped that a balance would be struck between the amount of used objects deposited and the amount collected. Such a case would be a perfect example of a successful circular economy!

See similar articles
Read the previous article "Our polymers are at the forefront of the adventure of wearable technologies"
Read the next article From the lab to in-vivo experimentation: a new approach to innovation