In terms of armaments, the strength of the sword is worthless if the shield's quality is lacking…This is why metallurgy has been the lifeblood of war for over four millennia. After the Second World War, however, the thickness of steel ceased to be the measure of a armour's effectiveness. The Russians took the initiative by launching the T-64, the first tank with multi-layered steel, resin and fibreglass composite panels during the cold war. NATO quickly responded with the launch of the British Challenger tank with its multi-layered "Chobham" armour plating incorporating a matrix polymer ceramic composite reinforcement. 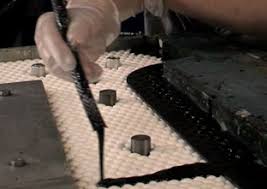 Since then, the method was adopted and improved upon by most major arms manufacturers, in the West, East and South. Mainly through the addition of layers of titanium, Kevlar and rubber, such as found on the French Leclerc tank and the German Leopard or even through the use of depleted uranium as found on the American M1 Abrams.

Originally designed for tanks engaged in conventional theatres of operations, these passive armours showed their limitations in asymmetric conflicts such as Afghanistan, where military personnel have to contend with improvised explosive devices (IEDs) and close-range rocket attacks. In this context, it is better to focus, as Israeli tank crews have, on reactive or modular armour systems that can be used on heavy armoured vehicles and light vehicles alike. The most common, reactive armour comprising tiles filled with an explosive that are able to destroy or deflect projectiles has proven its effectiveness, but its usefulness is limited to a single impact. The solution to this problem is reactive armour filled with a non-explosive polymer. Upon impact, the material releases a gas that inflates the tiles without permanently damaging the armour..

All innovations in armour plating have a single purpose: to lighten the weight of the protection, namely by limiting the use of metals. A new milestone was recently passed thanks to "heavy energy absorbing 3D composite sandwich panels" designed in France by the CEDREM (Centre for expertise in rapid and multi-physical dynamic explosions) for the General Directorate Armaments. Christened "B2 Box" (Blast Ballistic Box), this deformable "flexible armour" takes a new tack on the traditional rigid materials-based approach. Its effectiveness comes from the assembly of glass fabrics, foams and synthetic textiles, such as Kevlar, into a 3D-woven, multilayered piece of armour which absorbs most of the energy. 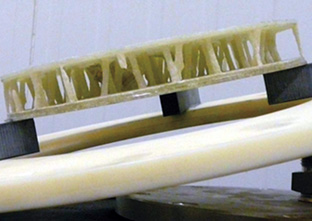 Although it is effective against blasts and shrapnel from improvised explosive devices (IEDs), this solution does not exempt it from using extra protection against armour-piercing ballistic impacts. At equal strength, the "B2 Box" is twice as light (50kg/m2) as current ceramics, which are themselves three times lighter than steel (300kg/m2). A very valuable weight reduction for infantry fighting vehicles (IFVs) and troop transport vehicles. 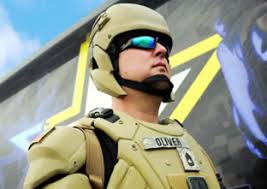 At the Warsaw Polytechnic College, Professor Leonowicz, director of the Smart Armour project, along with his team, developed a colloid, capable of replacing many of the 30 to 40 layers of Kevlar in current bulletproof vests. This fluid is actually a blend of silica nanoparticles and polyethylene glycol (PEG), two common components that acquire exceptional properties when combined under certain conditions. At rest, it has the consistency of honey. At the slightest impact, it hardens immediately in proportion to the strength of the impact. For now, this material is the main asset in a future "passive and intelligent" personal body protection very similar to the TALOS (Tactical Assault Light Operator Suit) armour being developed by American companies for the DARPA (Defense Advanced Research Projects Agency).

However, Marcin Leonowicz and his team are also investigating magneto-rheological fluids that solidify under the influence of an electromagnetic field. They intend to use their properties, or combine them with those of the colloid, to create passive-reactive armour for military vehicles.. 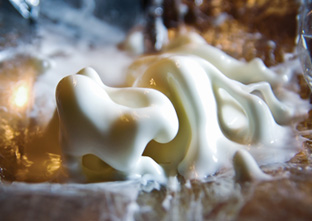 Read the part 2
The feature's sections
Share this article