A single goal for these plastics: saving lives!

Contrary to popular belief, the wars of the future will be conducted not just with drones. Far from it! Soldiers will still be necessary as no war can be fought without them. How best then, to provide them with better protection? This is where polymers enter the fray, especially in their equipment.

Battledress for protection and communication

Modern soldiers are equipped with a colour screen with GPS and a personal radio. Their combat gear is a network of cables and connectors. As a result, they can exchange audio information, alerts, data, photographs and video and thoughIt may seem so, but video games did not really invent anything new. All of a soldier’s equipment can weigh him down, reducing mobility. All efforts have been made to remedy this situation. Basic combat gear is loose-fitting in order to provide the user with ease of movement. But the most extraordinary development is the use of synthetic fibres whose mass is much lower than that of cotton, wool and other materials. 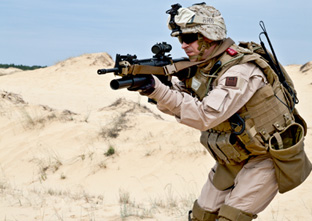 The fibre, which is made of aramid and viscose, is treated several times during the manufacturing process, giving it excellent breathability as well as improved fire resistance. It even provides the user with a protection barrier against pests. The fibres are woven in such a way as to prevent snagging and enabling the most aggressive bushes to be navigated in all safety. Kevlar fibres are used to reinforce certain parts of the combat gear in order to provide better protection to vital body parts from shrapnel and knife attacks.

The helmet: a showcase for polymers 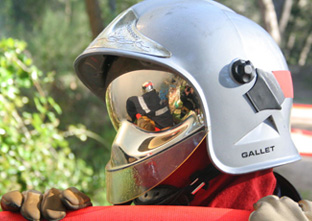 Soldiers' helmets, much like firefighters' helmets, are essential for their users' safety. The only difference is that military helmets have to be able to withstand ballistic impacts. Needless to say, metal was long ago put aside for its heavy weight, and its conductivity with regard to electricity and heat. Helmets are now made from high-performance composite materials. Engineers have used the most high-tech fibres available to design the helmets. Although well hidden, the helmets use various polymers such as polyamide, polyurethane, polycarbonate and aramid.

Although the helmet’s main purpose is to protect, it can also be fitted with technological additions that would make science-fiction authors envious. First up, the famous NBC mask - which protects the wearer against Nuclear, Bacteriological and Chemical attacks. In reality, it is in fact an improved version of the old gas masks used in the trenches of the First World War. But the similarities end there because, like the helmet to which it is attached, it is made entirely from polymers: an elastomer for the external part and a silicone for the internal part. As for the eyepieces, they are made from polyamide. Reduced weight, perfect water-tightness and optimal protection; but that is not all because these masks can also absorb water from a hermetically-sealed water bottle through an integrated pipette. Better yet, a tube directly linked to a ventilation unit can electrically pump air through the masks filters in order to reduce soldier fatigue and evacuate condensation. 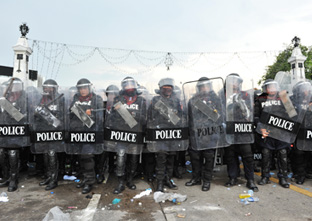 These characteristics are found in both law-enforcement and firefighting equipment. Whether it is used to fight a fire or keep order in a demonstration that is getting out of hand, these safety professionals can only be effective if they have the right protection. The riot shield, a veritable protection barrier, is almost emblematic of police forces. It can protect its users against almost anything and can withstand impacts from objects, Molotov cocktails and blunt weapons. Many materials have the same properties, but few are transparent enough to see through and with a positive solidity/weight ratio. In fact, there is only one: the polymer known as polycarbonate.

Plastics, much like polyamides and polypropylenes, have also found a surprising use in law enforcement. Traditional steel handcuffs are slowly being replaced with single-use plastic cuffs. They come in the form of cable ties which are impossible to remove once they have been clamped around the arm. Extremely lightweight, cheap and highly effective, these characteristics explain why they have had so much success in police stations throughout the world.

The emergence of new fibres in the 1970s would revolutionise the methods for manufacturing bullet-proof vests. Up until then, these vests were made from a blend of nylon, ceramic, steel and fibreglass. Although they were fairly effective, their weight significantly reduced mobility. Things would change when Kevlar, a polymer of the aramid family, came onto the scene. Kevlar vests were relatively flexible and considerably lighter (less than 4kg), and provided protection against all projectiles up to 9mm full-automatic fire. Since then, new polymers such as polyethylene fibres (Spectra, for instance) with similar characteristics have been developed. 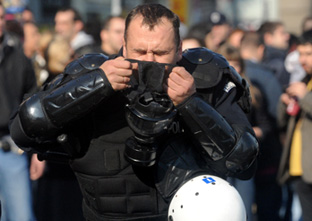 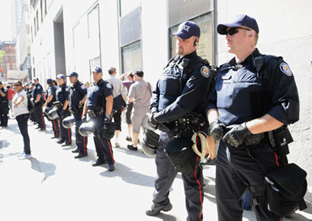 In the mid-1980s, it was estimated that between a third and half of all American policemen on patrol regularly wore a bullet-proof vest. In 2006, over 2,000 American policemens’ lives were saved by their body armour, once again proving the relevance of having a bullet-proof vest as part of standard police equipment. Research is currently focused on the incorporation of carbon nanotubes in the fibres with the aim of increasing their impact resistance. Although the technology has been mastered, it is still too expensive for mass production.

Ensuring the safety of millions of professionals 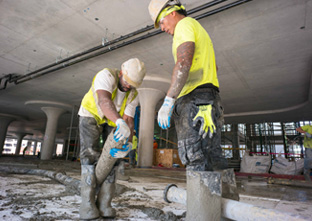 When evoking high-risk occupations, soldiers, firemen and policemen are the first that spring to mind. But what about those working in the metals, chemicals and nuclear industries and on building sites? Their occupations also require specific equipment. Once again, the constraints are the same as those for the battlefield: good equipment should not impede work, it must be light enough to not be a burden and, most important of all, it must be effective. Looking at the equipment used by these professionals is like flipping through the pages of a catalogue of polymers. Polyethylene is used in the helmets, polycarbonate for the goggles, polyurethane foam for the noise-cancelling ear protections, polyurethane for shoe soles and gloves, and more. They have all the qualities required and meet the standards of all countries, even those with the most stringent standards, and they are not very expensive.