Can it be said that Renault has been at the forefront in incorporating plastics in cars ?

We have been pioneers in a good many fields: daring to innovate and introduce solutions which could have disturbed the general public, who were still very attached to the symbolic strength of steel. In the 70s, we brought out the Renault 5. For the first time, a vehicle had been designed with bumpers made of a composite material. It was a revolution because finally this part of the vehicle had been thought of not only as a safety feature but also in terms of design. We continued with this bold approach twenty-five years ago by bringing in plastic wings for the Renault 5 GT Turbo. Then followed the Clio Williams, the Scénic, the Modus, the Espace, the Kangoo, the Twingo, etc. 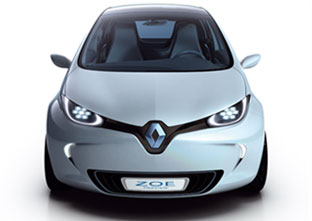 In spite of our fears, the reaction by the public was satisfactory because they clearly understood the advantage of such a material which, in a low-speed impact, regains its initial shape, thus avoiding expensive bodywork repairs.

Why were these plastic materials adopted ?

As far as the wings are concerned, I would say, without hesitation, that the first argument was the question of cost. In effect, whilst the use of metal for mass-production models is more advantageous in terms of profitability, this does not apply to shorter production runs. I remember that we began to take an interest in this material with the Renault 5 GT Turbo which, given its exclusive nature, could only be produced in limited numbers. When we designed the Scénic, we thought of producing a few hundred a day, which is not many. However, we ended up manufacturing several thousand a day and kept the plastic wings. But cost is not the only reason for using plastics. In fact, solidity and its tolerance to deformation argue strongly in favour of plastic. Reliability, lightness and design are other advantages that this material has.

What plastics are we talking about, more precisely ? 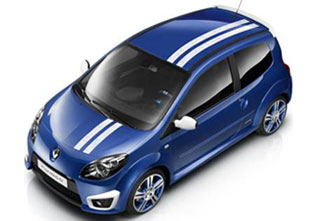 For the wings, we use an injected thermoplastic consisting of polyamide (PA) and polyphenylene oxide (PPO). We opted for these materials because these parts are not mass-pigmented, they are painted on the production line and must therefore resist the high temperatures of the cataphoresis process. The injection technique also allows designers to come up with audacious shapes which help to distinguish our vehicles.

Plastics now reign supreme for some parts, but why do others still seem to be impregnable bastions ?

In the engine, plastic is limited to different cases and housings, the air distribution system or even the silent blocks. Despite all these qualities, it is still unthinkable to use plastics for mechanical parts subject to very high temperatures and extreme friction. Nor should we expect to find a lot of plastic in the engines of electric cars, for the same reasons. Apart from the problems connected with wear, and therefore resistance, plastic also still poses assembly problems. While it sticks very well, it is much more difficult to bolt together and a single hole can considerably reduce the life of the part. What is true for the engine is also true, at least partly, for integral bodies. 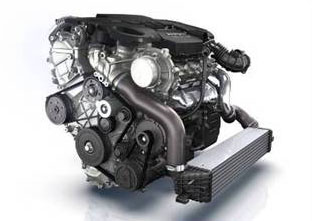 But the problem here is different: it is connected with deformation. In effect, plastic bends to a certain point and then it breaks (which is not always the case with metal). We are therefore faced with a repair issue. Improvements are also needed to make composite materials thermoplastic so that they can be used in conventional injection processes. This is a very interesting avenue to be explored in the future, and companies such as Rhodia came up with materials along these lines at the Kunststoffe 2010 trade fair.

Can we be more optimistic with other parts ?

I think so. There is nothing to prevent us from imagining an opening part (door, bonnet, rear hatch, etc.) made entirely of plastic. It is up to us to put together design, ease-of-use and costs. Another area to be worked on are the seats. Their weight is much too great compared to their use. The same applies to the weight of the dashboard, which is still awaiting a solution to make it lighter. Yet another example: Two-tone bodywork. So far, it has been a question of painting the vehicles in two different colours, whereas plastic would make this decoration inherently possible whilst combining it with attractive lines. This material would also allow vehicle interiors to be personalised so we can meet our customers’ individual wishes.

We are also working on upholstery materials capable of resisting sunlight, scratches and dirt. The seats in the latest Espace models have a Teflon® covering which makes them virtually dirt-proof. We also think that tomorrow’s vehicles, particularly electric vehicles, will be multi-user.

We are therefore looking for materials guaranteeing good ageing, and from this point-of-view plastics and composites are really promising. So it is not senseless to think about car interiors which can be hosed down.

What criteria do you take into account when deciding whether to replace steel by plastic ?

All our progress in terms of engineering depends on four conditions: increase in value added for customers, gains in reliability and durability, standardisation and cost-cutting and, finally, reducing the environmental footprint. These conditions are often interlinked. Let us take the example of the use of the car.

From this point of view, we are seeking to replace metal and also glass by composite plastics capable of reducing the weight of cars and the engine with a view to restricting consumption and CO2 emissions. This is one of the biggest challenges at the moment!

In twenty years, the average weight of cars has risen by over 300 kg (electronics, safety features and comfort are mainly responsible) and if we did not use plastic this surplus weight would certainly be around half a tonne.

This question remains a crucial one with electric cars: it is essential to make some parts lighter to offset the weight of the batteries, because here it is not a matter of CO2 emissions but of increased range.

We are striving to use more and more “green” materials. Research is focused on the growing use of recycled plastics, but also on increasing the number of recyclable components. At present, recycled plastics (polypropylene and polyamide) represent about 20% of the 230 kg of plastic which goes into a standard car. And if anything, this material can be recycled more easily than steel.

Furthermore, Renault uses very few bioplastics, i.e. materials consisting of natural elements, because at this stage it is not certain that bio is really ecological. What is certain, however, is that to date there is no system for recycling biocomposites, other than to produce energy, and this is not a satisfactory option for Renault. 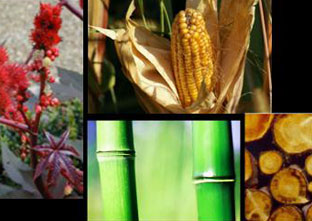 Does the future of the car lie in plastics ?

More and more so, even though there is still a lot to be invented! Glass windows could be replaced by organic materials, as has already been done with the rear quarter lights of the Mégane Sport Revolution. Looking further ahead, electroactive polymers are already arousing interest among researchers. These are plastics which, when excited by a source of electricity, can change shape. And it is not just a gadget, because these polymers could replace very heavy speaker systems.
In this connection, we have already filed a patent application for the incorporation in our seats of a small system which changes shape when going round sharp bends in order to improve driver comfort. Electroluminescent fabrics also have an interesting future ahead of them, replacing interior lights.

So as you can see, plastics can render countless services. Having said that, above all, we are looking for the best material from a technical, environmental and economic point of view.

Do you involve your raw material suppliers in this research ? 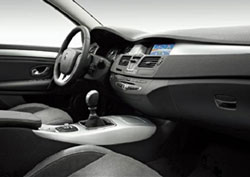 With the increasing use of plastics in cars, we have become customers with a substantial potential, which was not the case fifteen years ago. Today, we must be the third largest customers of the plastics industries (after packaging and the building industry). At Renault, we are interested in the function of the part much more than its composition. We therefore involve our suppliers in the research and development activity with a view to producing new parts. We explain to them what we want to do, and it is then up to them to find solutions (or not). I would add that we also have very strict specifications concerning the levels of recycled and recyclable plastics that we want to use in each of our models. We are inflexible on this point!

Gérard Liraut has over fifteen years’ experience at Renault. An engineer by training, he completed his studies with a doctorate in tribology (principles of friction). He joined the automobile manufacturer in 1994 as head of the tribology team. Seven years later, he moved to the research department responsible for developing cooling systems. That is where he discovered plastics! Since 2006, he has been head of the polymers and fluids department, a research and engineering department where technical-economic choices are taken concerning materials and their utilisation.