Össur has been going for over forty years. What was its first big idea ?

It all started with the invention of the silicone liner (the interface between skin and socket) and went on from there with the creation of ranges of feet and knees. Our products help improve the lives of many amputees. Today, Össur is a global leader in lower-limb prosthetics but also offers a full range of orthotics. 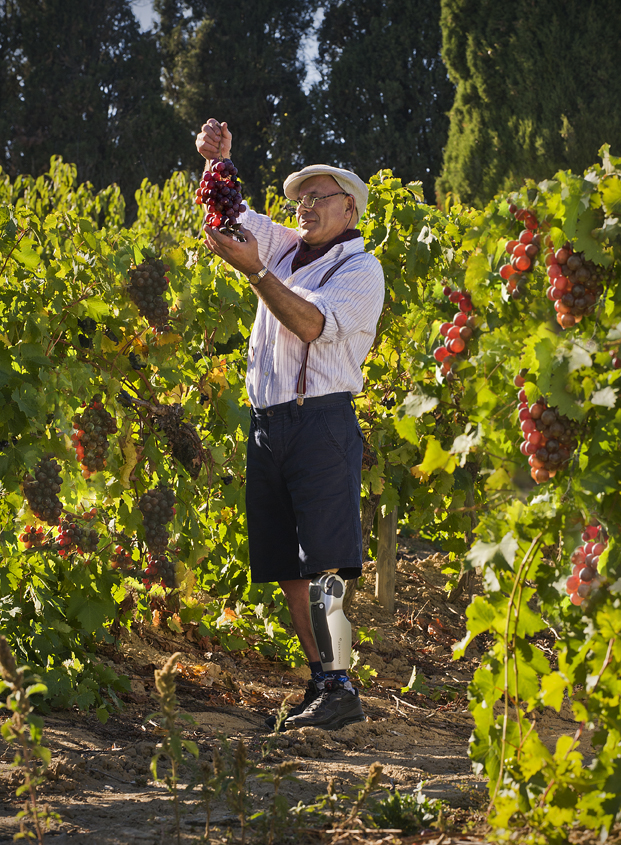 Exactly what is the difference between a prosthesis and an orthosis ? 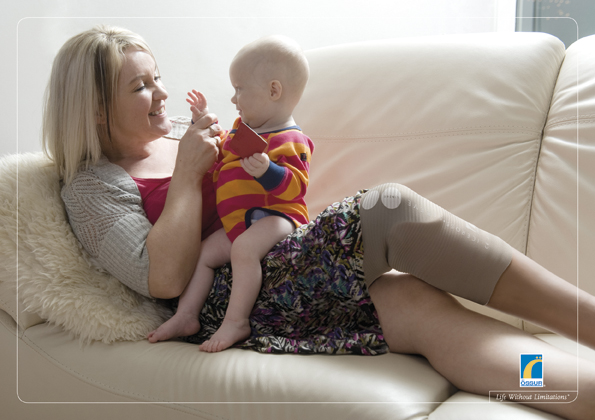 A prosthesis is a device that substitutes for a limb or joint. It replaces a foot, knee, etc., whereas an orthosis compensates, assists or stabilizes a body part. Low back supports and knee braces, for example, are orthotics.

It was silicone that enabled the revolutionary Iceross® liner to be invented. What made it so ground-breaking ? 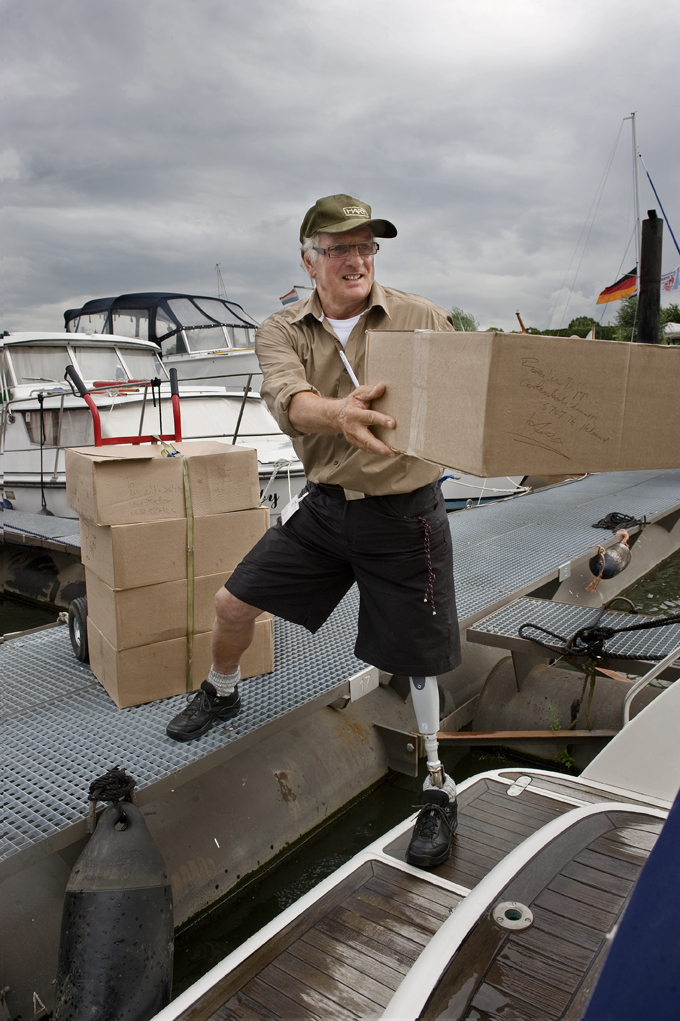 The Iceross® silicone liner created in the early 1980s turned out to be a wholly new way of connecting the leg to the rest of the prosthesis because the material adheres to the skin to make a perfect connection with the other elements of the prosthesis. Silicone also forms a flexible interface that supports the amputated limb. Before this invention, remember, socks and belts were the norm, and they made the prosthesis uncomfortable and heavy to wear.

What are the main materials used in your products ?

We use different types of silicone, each with different mechanical properties in terms of elasticity and stiffness. Many of our parts are also made of titanium or aircraft quality aluminium because of their mechanical strength and low density. Composites are also extensively used in our products, the most common being carbon fibre and epoxy resin.

Each of these materials brings key functions and qualities to the products, most importantly wear-resistance, flexibility and lightness. 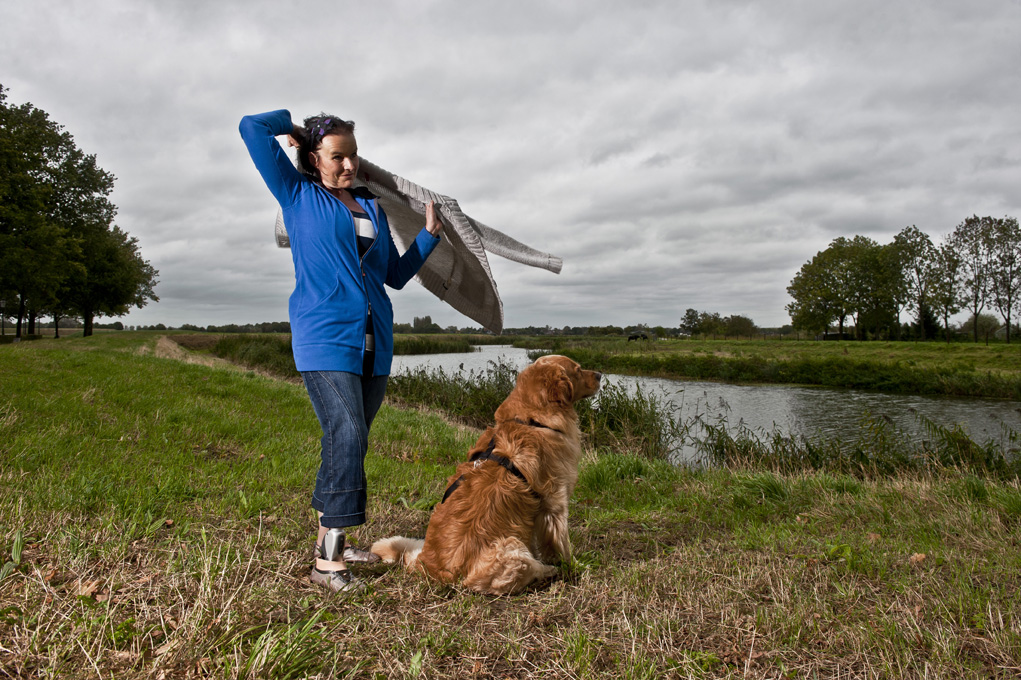 How have developments in plastics and composites benefited patients and production ? 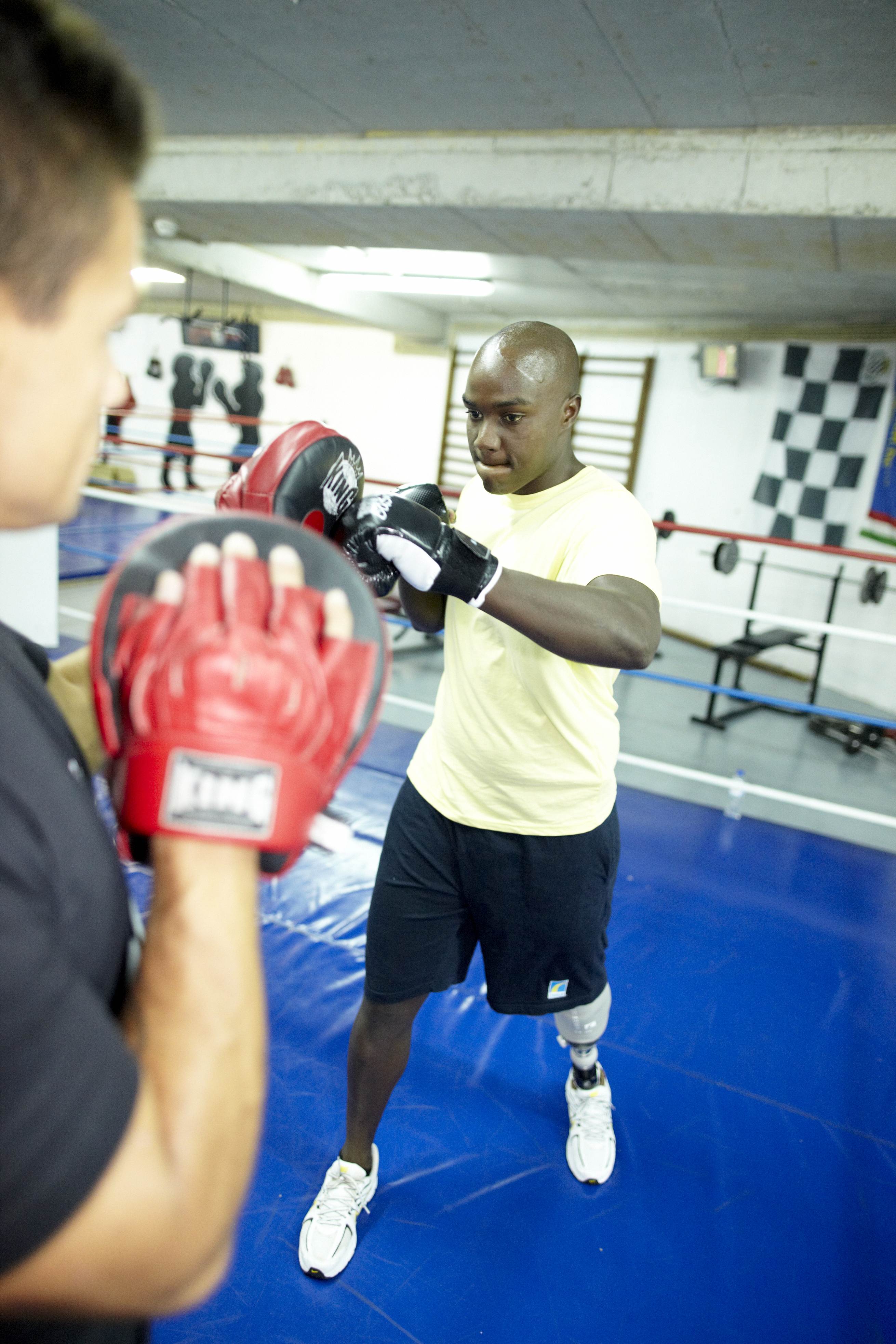 Various developments led to the design of new, lighter and stronger orthotics and prosthetics. Bear in mind that prostheses are worn from morning to night, so every gramme counts. And they have to be strong so as to bear repeated loads. Prepreg technology has completely transformed the ways composite parts are produced as well as improving their reliability and quality. It lets a reinforcement like fibreglass or carbon be loaded directly into a thermoplastic resin during moulding.
Advances in adhesives have also meant that the standard screw and rivet mechanical fastenings can be replaced. This has reduced assembly times and product weights, which has helped improve fatigue resistance.
One of the biggest changes in prosthetics has been the use of composites in feet. Carbon fibre in feet blades (the parts that make for a more flexible and natural gait) offers both shock absorption and energy return.

Your technological innovations allow both amateurs and professionals to carry on with their sports. Can you tell us about the equipment developed and for which sports ? 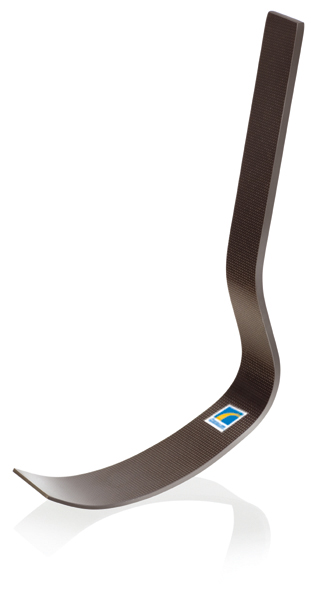 Several types of feet have been developed for sports activities.
Initially, we added shock absorbers to feet blades like those used in mountain bike forks. These prosthetics can be worn for everyday use, but they are also very practical for playing team sports in particular. We then came up with feet blades for distance running and jogging. The Flex-Run foot, for example, has a C-shaped blade designed for amputee long distance runners. This type of blade reduces the strain on the amputated leg and the back.
More recently, we created the Cheetah prosthetic running foot specifically for Paralympics competitions like the 100 and 400 metre races.

You are partners with various athletes, including the celebrated Oscar Pistorius, the world Paralympic sprint champion. What’s specific about his prostheses ?

Oscar Pistorius in fact uses the Cheetah blades - carbon fibre blades that absorb shocks at heel strike and return some of that energy. They are lightweight and can be put under the huge strains that sprinting requires. 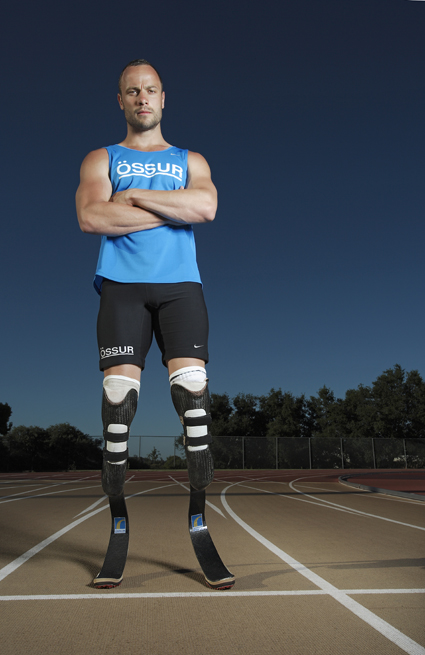 Do the innovations in athletic equipments benefit all prosthetics ? 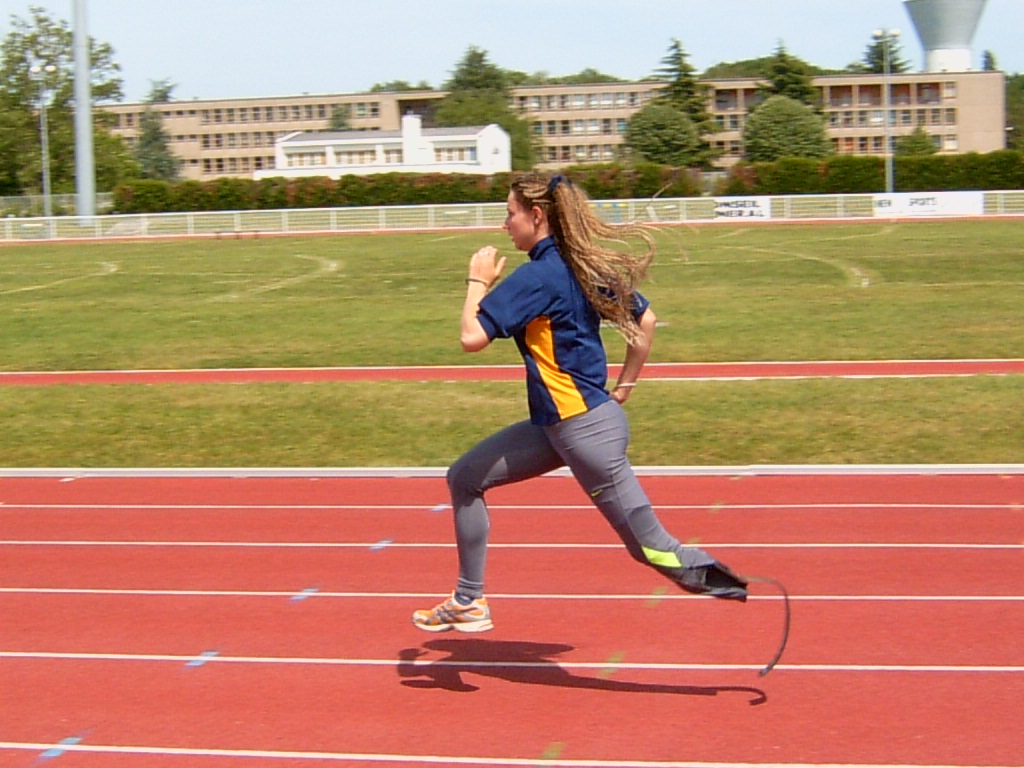 Most of the innovations developed for athletes are also found in all prosthetics, because one of our aims is to help improve amputees’ mobility. Even up to ten years ago, amputees found it very difficult to take part in sports, partly because the products weren’t really fitted to it, but also because prosthetics were really costly. The products have now moved on a lot, and cutting-edge technology is increasingly accessible to all customers. This is vital because there is much research evidence to show that amputees who stay physically active, however little, suffer fewer health problems later on. 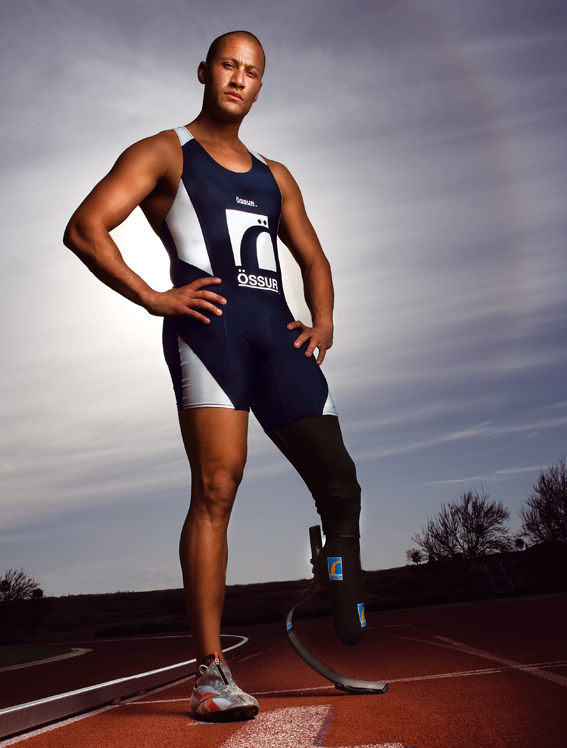 Founded in 1971, the Icelandic company Össur has amassed wide-ranging expertise in the development, manufacture and sale of non-invasive orthopaedics.
The Company is named after Össur Kristinsson, an Icelandic prosthetist who, in the early 1970’s, focused on designing a better interface for prosthetic sockets. He soon discovered the ideal properties of silicone and put them to work in the form of the Iceross® liner. Within a short space of time his invention was helping thousands of amputees across the world to secure their prosthesis to their limb in a far more effective and comfortable way than ever before.