A wind of change

They’re all over the place: in fields, at sea and even on building roofs...In two decades the amount of electricity they have generated has risen 60-fold worldwide! Wind turbines are now the poster-children of sustainable development. And while some find them an eyesore, their rise has only just begun. Wind turbines are now the world's most go-ahead energy industry, especially in Europe. In Denmark, for example, they produce 20% of the country’s electricity needs. The growing manufacturing base is competing to build ever more powerful machines. Some have even turned the idea on its head! 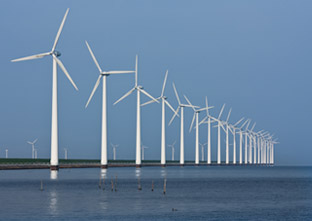 Carbon fibre does it again 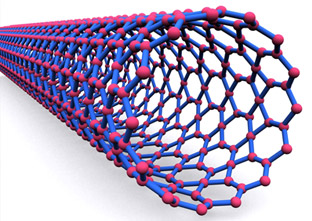 And the next big thing in wind turbine blades is – slimming down and losing weight. And with good reason too. Still mainly of fibreglass, they weigh in at an average fifteen tonnes for something a good forty metres tall. That is some weight...too much in fact, because the mast and rotor have to be strong enough to carry it. While the technology does allow them to be made bigger and therefore heavier, there is nothing to say that the structure will withstand buffeting by strong winds. So, fibreglass construction has gone as far as it can. There is a solution, and it lies with carbon fibre. The only problem is that it costs a lot more than fibreglass. 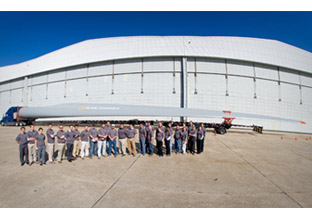 US firm Blade Dynamics may just have found the answer in a process that enables it to design blades in 12 to 20m sections instead of in a single block. The company does not have to manufacture the housing that normally supports the blade, which saves on both material and weight! And that's not all: this technique enables blades to be thinner, more aerodynamic and hence more efficient. And because they weigh less than half a fibreglass blade, they can be longer and hence more powerful. Another advantage is that the weight of the rotor, the mechanism on which the blades are attached, is also significantly reduced. The firm even foresees the not-too-distant possibility of designing blades 100 metres long...

Academic researchers are taking a close interest in the sector for the practical applications it offers for their work. Case Western Reserve University in America, for example, has developed a carbon nanotube reinforced polyurethane composite that it claims will make not only make wind turbine blades lighter but also eight times stronger than those in traditional composites.

No – it’s no joke! It’s a serious project which some even claim could be put into service in the coming decade. The next generation of wind turbines may well be attached to the ground by only a tethering cable while they literally float in the skies! The turbine would actually be mounted on an inflatable reinforced PVC shell like that of US developer Altaeros Energies or, as with German firm SkySails, held aloft by foil kites made of polyethylene fibre. Depending on the propulsion technology used, they could fly at an altitude of nearly 10 000m where the winds are particularly strong. Even at those heights, and with winds that strong, the turbines are unlikely to break, because the cable gives them the flexibility to weather many a storm. And they are real powerhouses! Flying turbines could be five times more powerful than terrestrial ones and cost half as much to build. 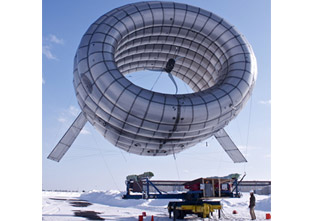 It has even been claimed that, developed on a large scale, this technology could meet the plant’s entire energy needs. That is still some way off, not least because problems remaining to be solved include the risk of collision with aircraft... 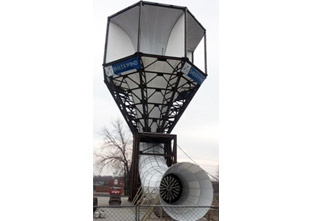 From the heavens back to earth, where yet another US firm, Sheerwind, proposes to bury turbines underground. Really? For a wind-driven machine? Fear not, the blades won’t be turned by huge underground fans. No, the principle is a serious one! The idea is to capture wind and channel it into a tapering passageway to accelerate its flow. Only the intake system, consisting of a tower assembly of composite cones for ease of implementation and lightness, stands above-ground. The turbine itself is buried. The designer claims that this technique allows for highly stable power generation, making it easy to hook up to the national grid. Sheerwind believes that with a unit about 50% shorter than traditional wind towers and turbine blades one-fourth the size it should deliver the same power as a conventional wind turbine...19 to 36% for a per KW cost cheaper. The first trials are underway. Stay tuned! 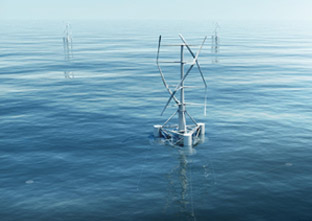 A wind turbine needs wind to work – that’s a no-brainer. And you tend to get much more and steadier wind at sea than on land. Hence the spread of offshore wind farms, which are even becoming part of the seascape. Too much for some. The idea therefore is to re-site them beyond the horizon where winds are stronger and especially where they cannot be seen from the coast. The problem is that these turbines are anchored to the seabed and now cannot be sited in depths over 35m. The answer is to have them floating. But that remains a challenge beset by difficulties because the turbines have to be stable and flexible to withstand repeated buffeting by the waves. A French start-up has come up with the Vertiwind project – an entirely original concept with the main rotor shaft set vertically and the blades rotating parallel to the ground rather than perpendicular.

This technology significantly lowers the centre of gravity thus making the structure more stable. Apart from the floaters which are made of metal, everything else is made of weight-saving composite materials.

If there is one area where polymers are making big inroads, it is in residential-scale or individual wind turbines. They may come with vertical or horizontal rotor shafts, but in all cases they are small-scale, so the mechanisms are not put under heavy strain. Also, mass production keeps their cost down. And as everyone knows, where mass production is concerned, plastics are world-beaters in terms of mouldability and low cost. These new-style turbines are popping up on many a house roof. They may be barely visible, but they have one big drawback: they are pretty audible, and that can set the neighbours’ teeth on edge. The noise is not mechanical, but stems from the vortex effect - the mini-whirlwind that forms at the end of the blades. 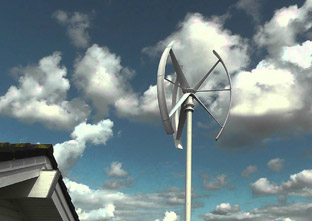 Manufacturers are therefore working hard to find new ways of damping down the noise, and already coming up with solutions, like that proposed by the German firm Venco whose original form of blades "breaks" the vortex effect and so reduces the noise. Made of fibreglass reinforced with a plastic/ceramic composite, they are highly flexible, and impervious to vibration and resonance effects which are also a noise source.

See similar articles
Read the previous article Plastics tending the crops
Read the next article Humanitarian aid: plastics at the heart of the action