We recall the quadruple-amputee swimmer who challenged himself to swim between all five continents. But the feat would not have been possible for disabled people without specially-adapted equipment and rigorous training from professionals. Here, once again, innovation is able to match performance and audacity, and is often inseparable from composite materials.

A seat in which to enjoy skiing 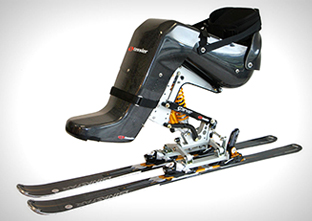 It's the season for skiing. Skiing has often been off limits for paraplegic people or those whose lower limbs have been amputated. And there's a reason for this, the discipline is based on the pressure of the legs on the skis. However, for several years now, manufacturers have managed to make skiing accessible for the disabled. Skiing, which first became an Olympic event at the 2002 Paralympic Games, is a booming discipline thanks to new equipment that offers performance and accessibility to a growing number of individuals. On the slopes, the skier sits in a seat attached to an articulation system attached to the skis. In practice, the seat plays the role traditionally played by skiing boots. Skiers can make turns by moving their pelvis. 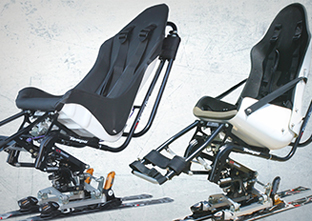 The level of technology used in the seat depends on the skier's level: entry-level models are made from fibreglass coated in gelcoat, and competition models are made from epoxy resin and carbon fibre or Kevlar.
For comfort, the inside of the seats is padded with a polyurethane foam better known under its commercial name of Bultex©. Some of them even have an additional layer of foam, also based on polyurethane, also called shape memory foam, which is a viscoelastic and heat-sensitive foam..

All a matter of balance

The idea came from a surfer. Having suffered a shark attack and amputated above the knee, he could not bring himself to abandon his passion. Using a walking prosthesis, he tried to surf, but found it impossible to maintain balance crucial to practice the sport. In able-bodied people, this balance relies on the proprioception, or somatic sense, of the lower limbs. Put simply, our perception of ourselves in a given space. The brain automatically adjusts the position of the legs according to inclination and gravity. Giving a prosthesis the knee's bending capabilities and enabling it to find that delicate balance was no small feat. The Proteor Handicap Technologie Company took on the challenge and developed a prosthetic knee that could be used in extreme sports. It combines the action of the latest-generation articulation, with elastomer tendons that mimic the actions of muscles. 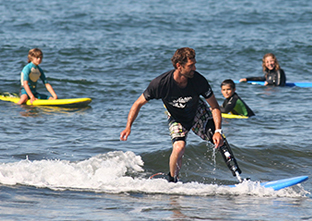 Since then, this prosthesis is used for many different extreme sports such as skiing, snowboarding, mountain biking and windsurfing. All that needs to be done is to adjust the shock absorber and change the tendons depending on the amount of power required. 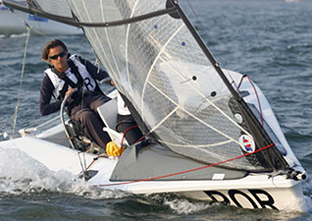 Sailing is now accessible to disabled people. Although the hulls are traditionally made from polyester, the cockpits are now perfectly adapted to various disabilities. Without the great ease with which polymers can be moulded, sailing would have remained out of the reach of many disabled people, including paraplegics. It is now possible to enter a boat without leaving the wheelchair. The latter naturally fits into a special area designed for the purpose. Other models even contain a central seat, also moulded from polyester, which was specially designed to accommodate a paraplegic skipper. It may not seem like much, but developing this type of ship is no easy task as it takes more than simply adapting a hull. 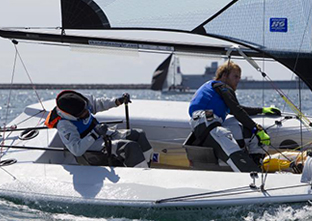 These sailboats are the subject of a special study: the main difficulty lies in lowering the centre of gravity, as much as possible, without overloading the lower parts. The density of the materials used is therefore crucial. Happily, the catalogue of polymers is sufficiently large! Conversely, and still for reasons of balance, the upper part of the sailboat must be as light as possible. This is why the most high-tech sailboats have carbon fibre masts, as the material is lighter than aluminium. The sails, for the same reason, are often made of a monofilm of transparent polyester, reinforced with Mylar fibre, on stress points.

And because sailing can be practiced on land or on the beaches, at least, a young man from New Zealand created a sand yacht that is accessible to all. Particularly compact once folded up, it can be assembled in five minutes and only weighs 29kg. Although the chassis is made from aluminium, the rest of the vehicle is made from polymer-based materials. The most significant element is the seat made from polyester cloth, a particularly durable material that can withstand the abrasion caused by sand. The harness, like the seatbelts used in our vehicles, is also made from polyester, a decidedly popular material in water sports.

Plastics for a bionic man 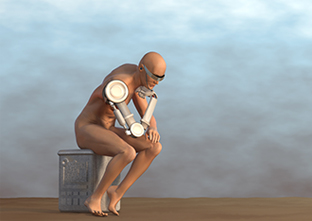 We have mainly mentioned the more spectacular developments, but there are others. Attitudes are changing, as is the way we look at others. Disabled people no longer want to just endure their lives. Some of them choose to take on challenges to show that they can have the same lives as able-bodied people. By seeking to develop the tool that can help them live their passion, or even achieve feats, their brains are the source of many technical and technological innovations. It is often by turning to the wide range of polymers that solutions have been found. And this is just the start, as these materials are evolving as fast as electronics.
Which person, with an amputated hand, could have dreamed, barely a decade ago, that they might once again have a sense of touch thanks to a new bionic hand?
The bionic man is no longer science fiction.