Vinyl or PVC? Depending on the manufacturer, floor and wall coverings are made from either vinyl or PVC. It's a minefield for consumers. What is the best material, and how are they different? Well, there are no differences; they are the same thing: vinyl is another name given to polyvinyl chloride, often shortened to PVC. It is a polymer made from sea salt and oil. It is the only consumer polymer made mainly of raw materials of mineral origin. It is a fantastic material that is very easy to manufacture and that can be flexible (suspended ceilings, shower curtains, floor coverings, adhesive films, etc.) or rigid in form (piping, for instance). Looking at it like that, it is difficult to see a material with extraordinary resources, and yet, despite competition from other polymers, which has managed to stake its claim in the best way possible. 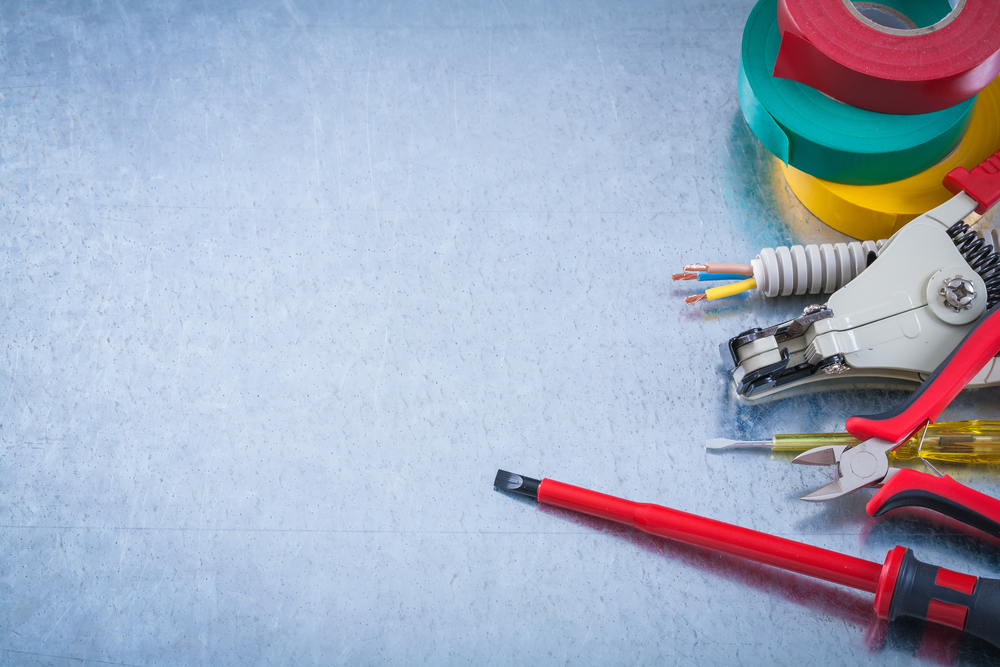 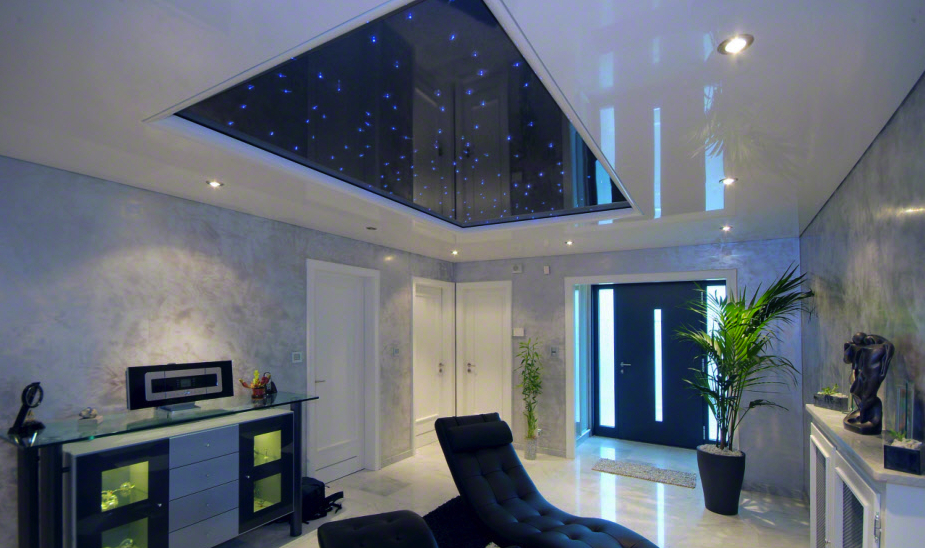 The principle is a simple one: stretch a PVC or polyester canvas across a frame and discreetly hang it from the ceiling. Does that sound simple? It is, when dealing with a perfectly rectangular room with a surface of a few square metres. But suspended ceilings are not intended for such rooms. Manufacturers and fitters know this and have spent the last twenty years coming up with ever more innovative solutions in which technical achievements and aesthetics have reached new heights. Suspended ceilings are now much more than "fig leaves". Quite the contrary, in fact, as they are now found in high-end accommodation and places such as hotels, restaurants and businesses which they are able to sublimate. 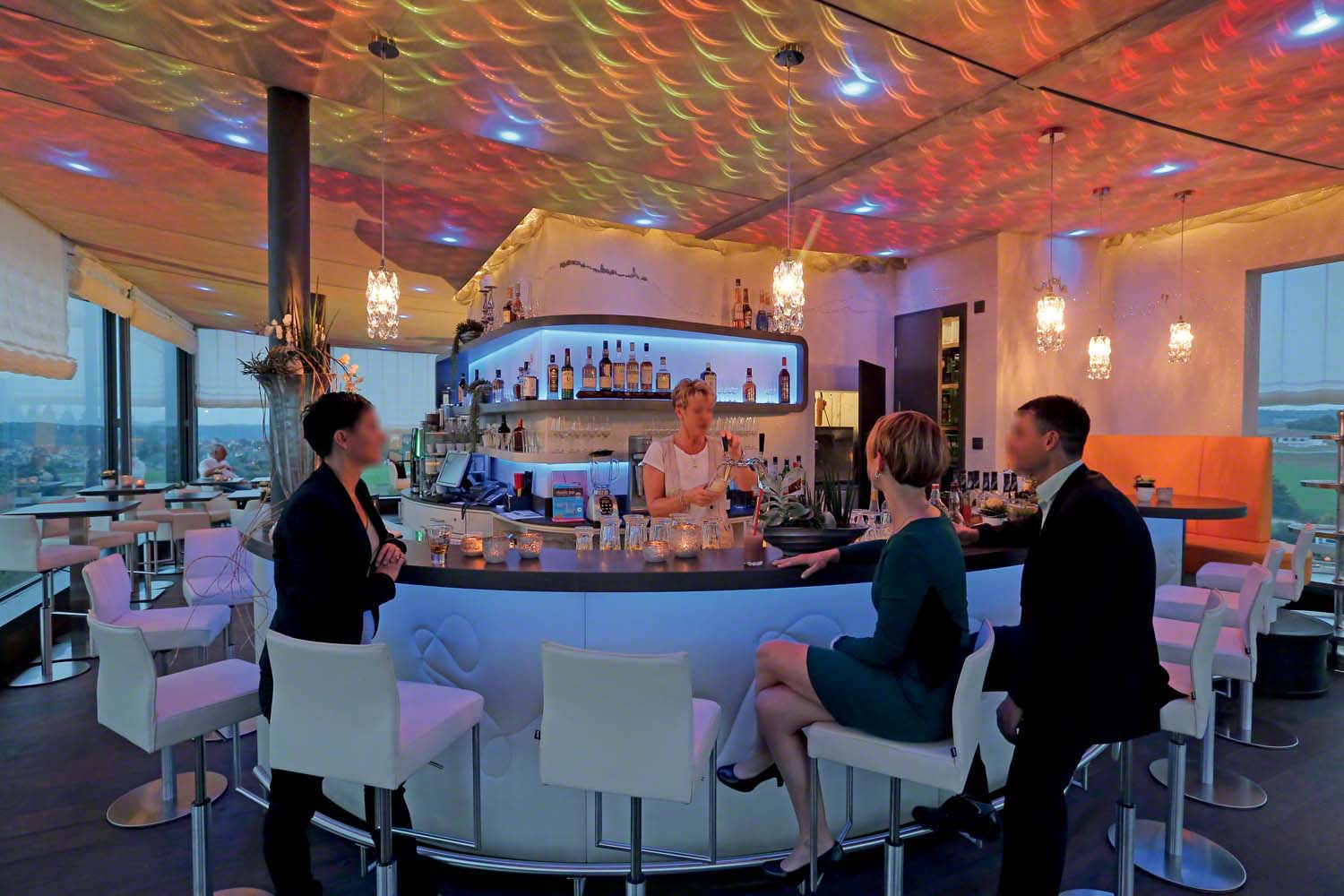 Long appreciated for their brilliance, suspended ceilings have since demonstrated that they have other qualities. Gone are the days of rectangular, and desperately flat, ceilings. Thanks to new rigging systems, they have gained an extra dimension and are able to take on all the shapes you can imagine. They are now designed using 3D software, and precision-cut directly at the factory in order to avoid waste. They are assembled on-site and hot-glued to make the seams perfectly invisible. The results meet expectations. Their soft, rounded shapes are calming and provide a sense of well-being. This is why they can be found in airports, shopping centres, and showrooms, places where it is important to enable the public to let go of stress and be in a favourable mood. However, the shapes are aimed at being more than just pleasant to look at; they also have an important role in a space's acoustics.

A wave-shaped ceiling is ideal for diffracting sound waves and thus avoiding the buzz of conversation that is so frequently heard in large halls, for instance. The polymer's intrinsic sound absorption properties further improve the system.

A suit of lights for polymers

Suspended ceilings are able to trap noise, but they are also able to play with light. Depending on the canvas' degree of translucency and colour, light is diffused in various ways, giving interior designers a range of possibilities for creating moods meeting their customers' expectations. PVC's natural brilliance makes it a particularly suitable material for interacting with light. Basing itself on this principle, the French Barrisol company, a world leader in suspended ceilings, developed a new range of ceilings that contain a set of LEDs in their fabric. The secret lies in the weaving of polymer and glass fibres. The effect created is amazing, and the sense of space and depth can be disconcerting at first. All colours are possible, of course. As a final word on light, it is obviously possible to incorporate any type of lighting (spotlights, projectors, etc.) into the structure supporting the canvas, and even to project images onto the canvas. 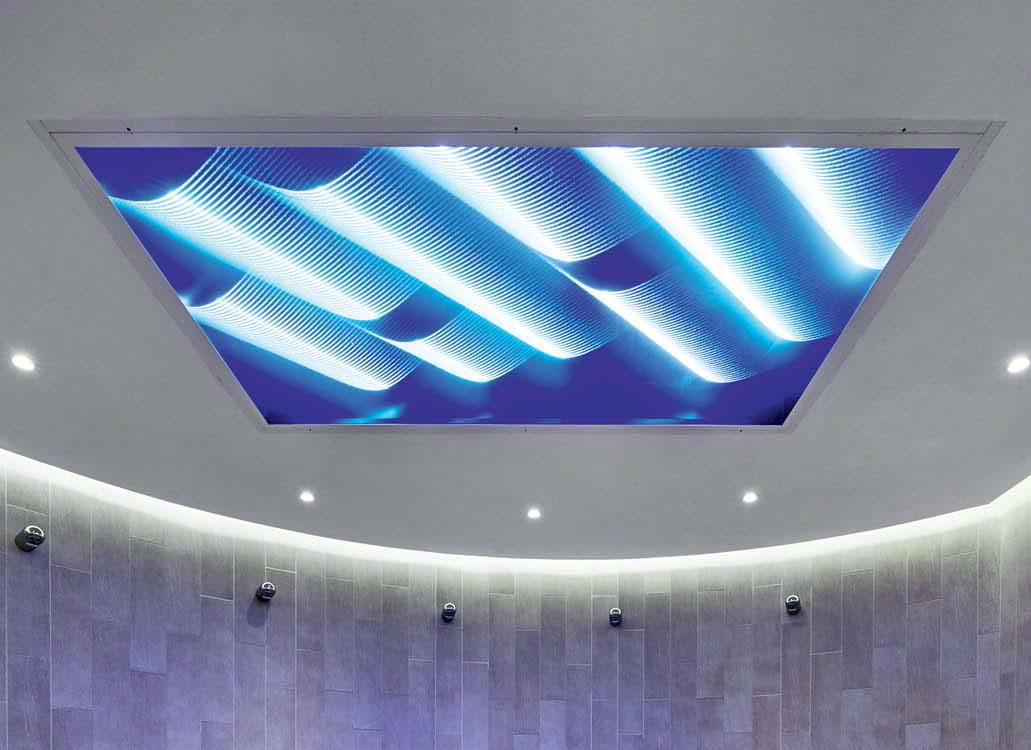 When PVC made itself discreet… 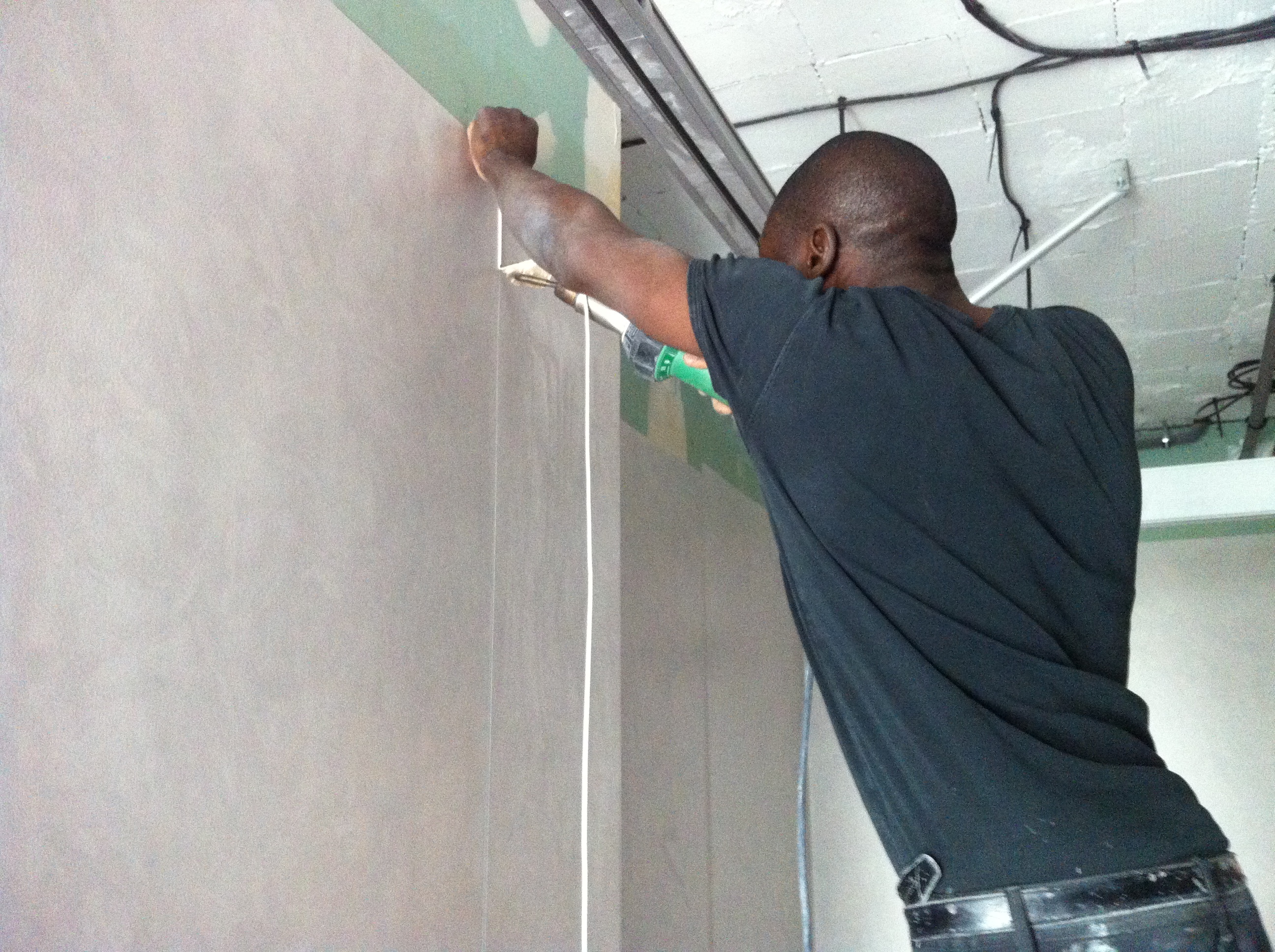 Vinyl can sublimate ceilings, and it can also do the same for walls. Some may say that this is not news, as PVC wall coverings have been around for close to forty years, namely in schools and hospitals. They have been successful in these settings as they are shock-resistant, resistant to friction and ultraviolet rays, can be easily cleaned and treated with anti-bacterial solutions. It also gets high marks for fire resistance. However, it must be admitted that the colours and textures on offer have long been hopelessly basic. The aim was not to make a space beautiful, but rather to make it functional..

Things have changed since those days. Interior decorators still seek out functional materials for the walls of buildings intended to host large amounts of people, but they also wish to imbue the walls with a soul, by making them warm and welcoming. Manufacturers of PVC wall coverings had to quickly adapt to this new demand. Catalogues were expanded and now contain a myriad of colours and textures. At the same time, the methods for attaching the wall coverings were simplified. Some manufacturers attach their canvases directly onto panels that can simply be clipped to the walls. It is now easier than ever to change "worlds" without undertaking major and expensive works.

PVC invites itself into high places

VC gained such acclaim that industries, such as hospitality and trade, began to see it differently. This opened up a new market for manufacturers who would once again use their imagination and the properties of vinyl to serve the greater number. All sorts of colours, patterns and textures are being developed to suit every whim. Some even contain rhinestones, for guaranteed glamour. Some manufacturers use large format digital printers to produce small series of entirely customised models. PVC wall coverings are not widespread in people's home for the moment. The market is therefore far from mature and you can bet that wall covering companies will be able to meet increased demand from individuals.