Curtains up for polymers

Polyurethane plays on the waves…

It can be hard to enjoy a show when you are seated behind a pillar. However, it is even worse when the venue’s acoustics are terrible. In theatre, during a song and in an opera, the singers’ and actors’ voices are rarely electrically amplified. The artists can only rely on the power of their vocal chords to reach the audience’s ears. No mean feat when the venue seats several thousand spectators. 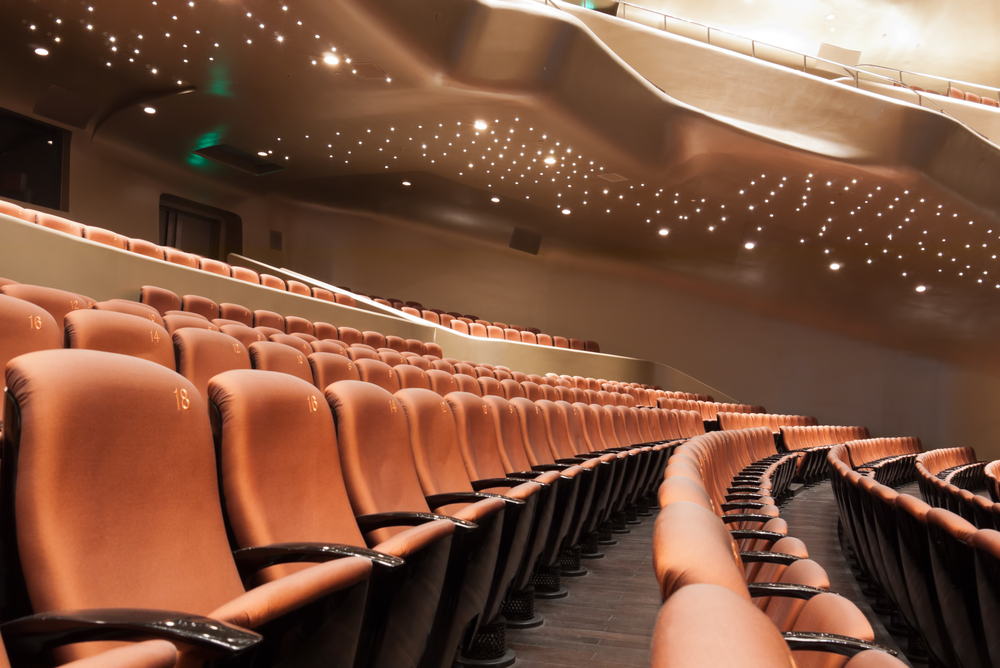 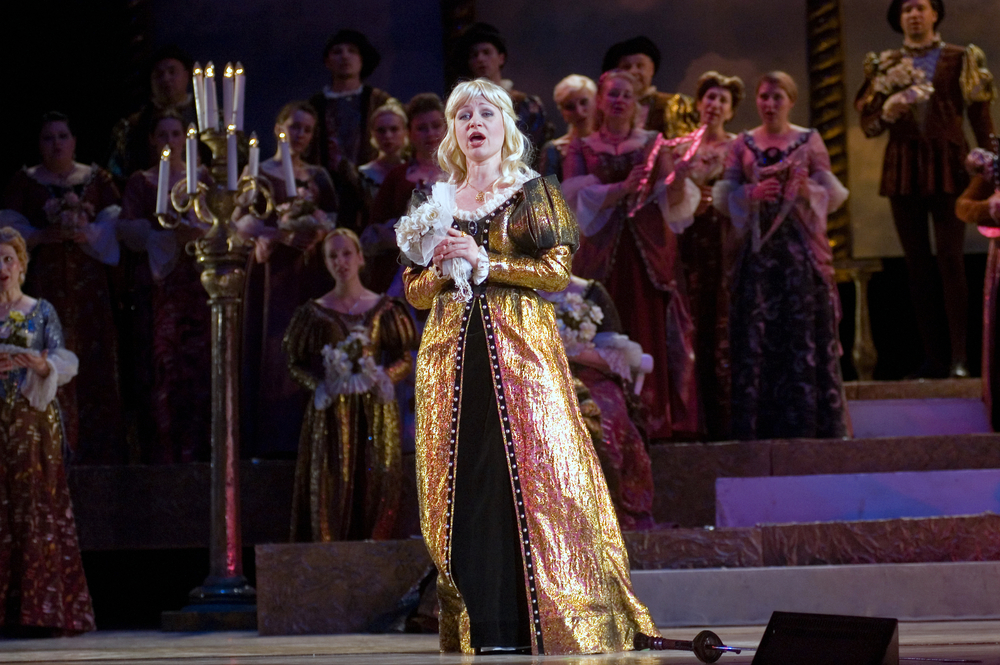 ngineers are de rigueur when creating new or just renovating older venues. Their work mainly involves controlling soundwaves by installing baffles and absorbers at the venue. The aim is two-fold: projecting the sound from the stage towards the audience and absorbing the “surplus” noise from the audience, laughter in particular. Logically, hard and dense materials such as metals and stone are the best at reflecting sound. However, softer and more porous materials absorb sound waves more. In this area, cork has long been the champion. However, it has had to concede victory to polyurethane and melamine foams which are cheaper materials that are easier to install, that are excellent at absorbing noise and classified as flame retardants in the European fire classification. les

…and beats all records

It is a building to which pretty much all superlatives could apply. Built in the heart of Paris’ business district, the U-Arena 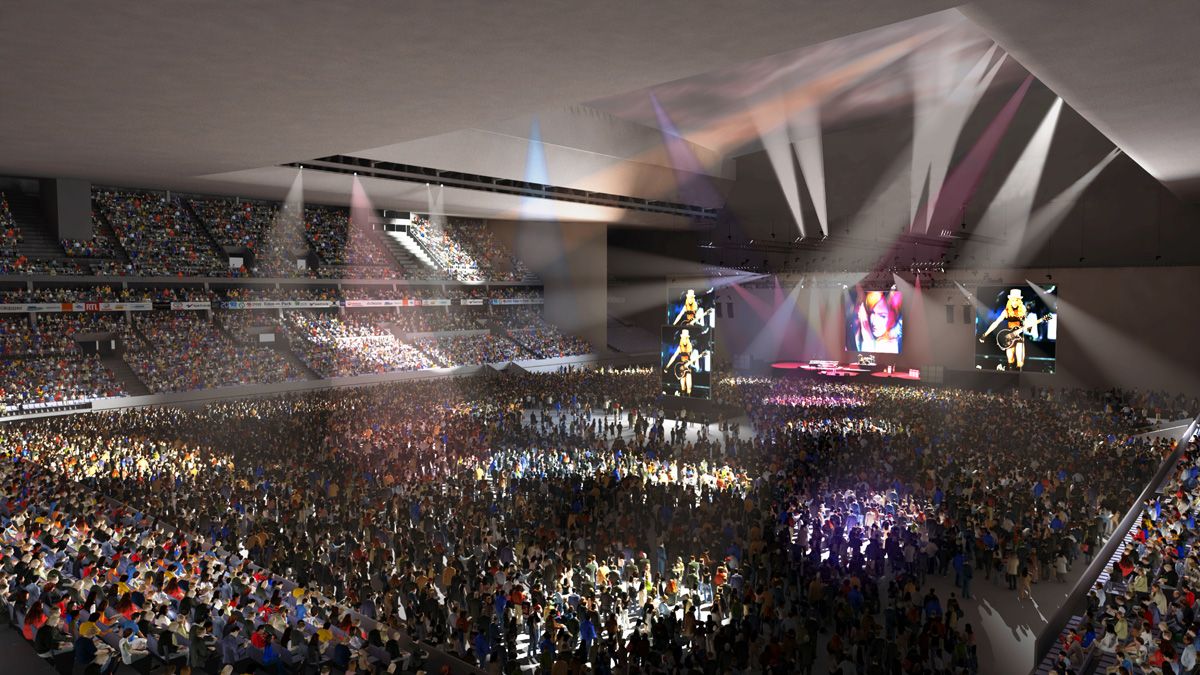 is now Europe’s largest multipurpose venue. It can play host to major concerts such as those of the Rolling Stones who played for 40,000 people on the day of its inauguration, and even rugby matches. A prestigious venue to say the least, it will host the gymnastics events during the 2024 Olympics. However, building such a venue involved many challenges and constraints, and most particularly in the area of acoustics. Having been built near residential buildings, it was crucial to protect residents from the noise of concerts and sporting events attracting up to 40,000 fans. The acoustics also had to be suitable for particularly noisy events such as motocross races. Even more constraining, an office building was attached to the venue. It is easy to understand that its employees need relative silence in which to work.

Without polymers, it would have been quite difficult to come up with any solutions. Once again, polyurethane foam came to the rescue, making it possible to solve the acoustic issues of the Parisian Arena. The foam made it possible to design a roof composed of a single structure that is indispensable for being able to host a rugby field. Concrete, although it has good insulation properties, was far too heavy. Panels measuring 1m40 composed of polyurethane foam and coconut fibres, among others, were specially designed for the Arena. The panels were fitted on a metallic structure and absorb sounds and offer waterproofed shelter. Tests were conducted using a wind tunnel to ensure that the assembled parts were stable. In total, around 30,000 m² of panels were specially manufactured for the site. Another record! The same process was used to insulate the offices from the venue. 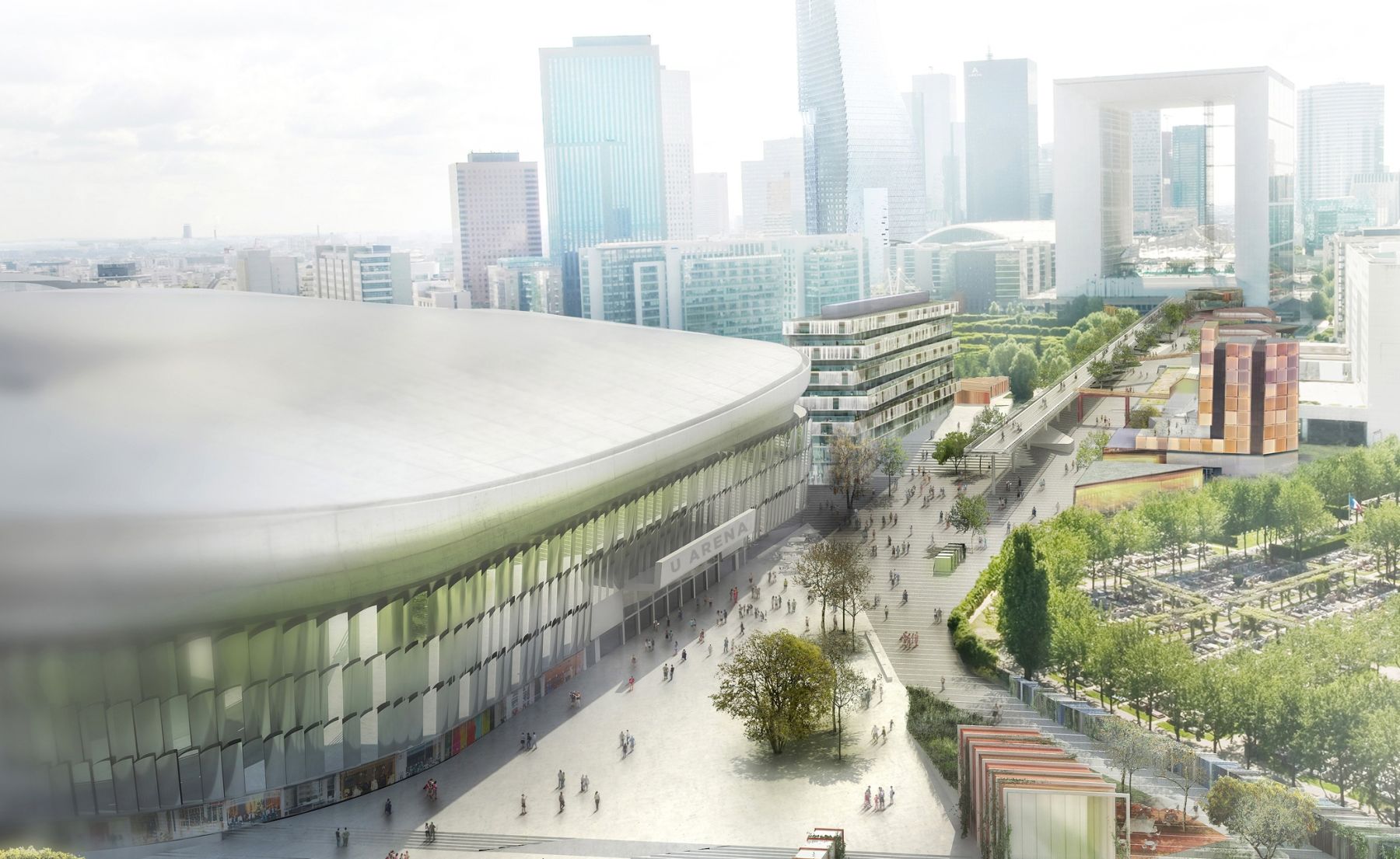 Plastics, the kings of swagger

Moulding, carving, sculpting… with polymers, anything is possible. This has long been common knowledge among set designers and stage prop masters. 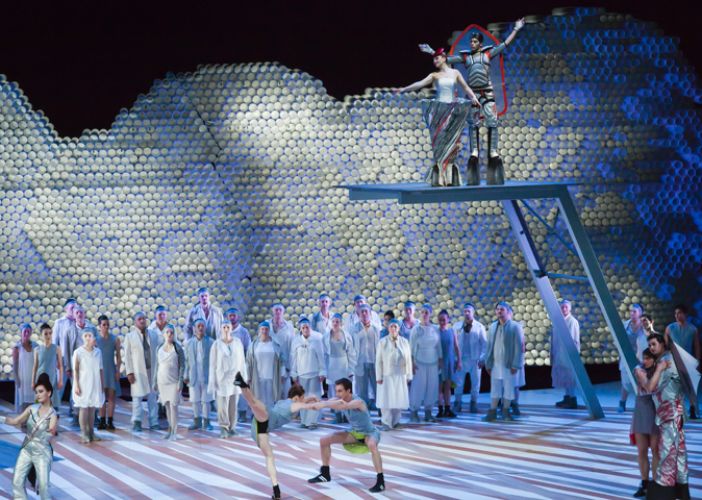 , nd among audiences too. Without giving away any tricks of the trade, the Greek temple used as a backdrop for tragedies is not made of marble. That would be impossible for budgetary, logistical, and handling reasons, as well as because of its weight. For a long time, set pieces were made from wood; nowadays, they are made from plastics, and more particularly polystyrene, a wonderfully light polymer that is easy to sculpt and which, once painted, can imitate almost all materials. Sometimes, plastics even get their time in the spotlight. This is the case for PMMA, a transparent polymer that is perfect for creating lighting effects. Better yet, a PVC tube manufacturer was surprised, in 2011, to receive an astonishing order from the Düsseldorf Opera in Germany: 5,000 metres of PVC tubes of varying lengths.

Intrigued by the order, the manufacturer travelled to the Opera to find that his tubes, after being stacked and glued together, were the sole backdrop for a performance of the opera Castor and Pollux.

Not a day goes by, or at least it seems that way, without a 3D printer’s greatest achievement being vaunted. In the world of live performances, 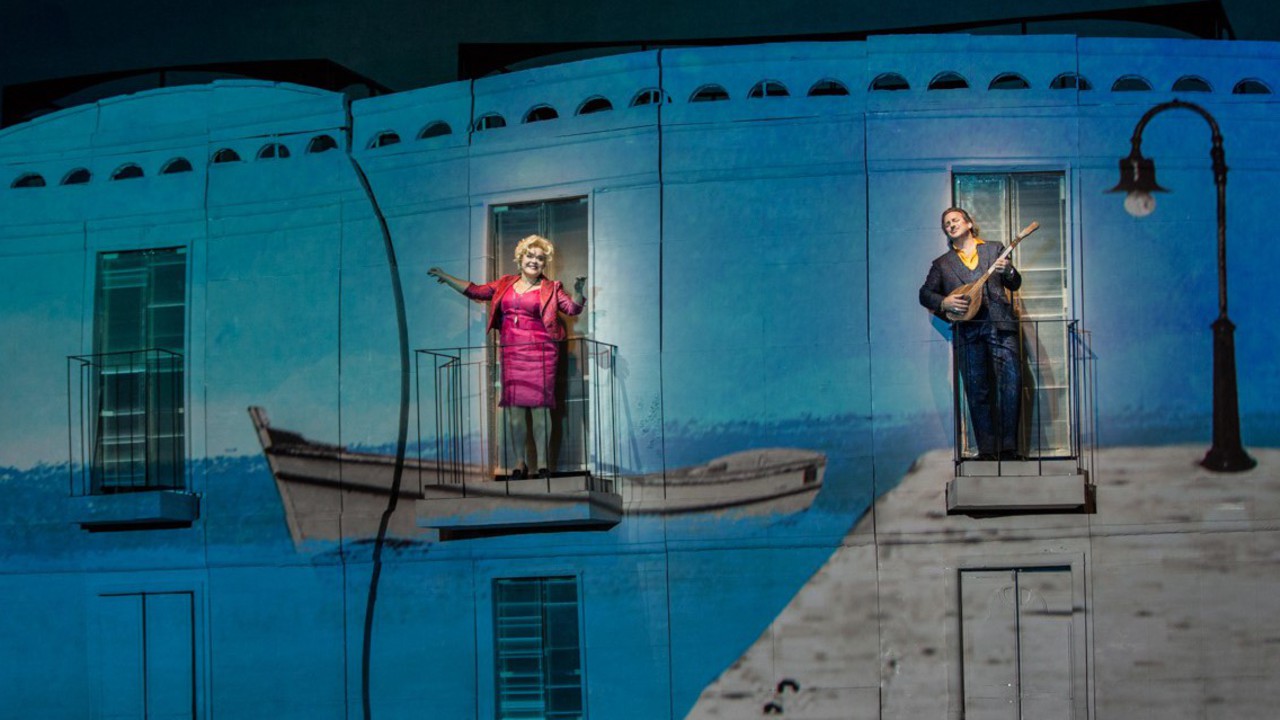 it was Italy’s Rome Opera that was recently in the press. The Rome Opera approached an Italian manufacturer of large-format 3D printers to create the sets for the Fra Diavolo opera. The printers are able to create objects measuring up to one cubic metre. Five printers worked for three months to create the 223 items composing the sets. WASP, the Italian printer manufacturer, clearly rose to the challenge. 1,500 kg of white PLA were used. A wise choice since that polymer absorbs light very well, making it the perfect background for projecting images onto during performances. It is also recyclable. Once the opera has finished its run, the sets will be crushed and recycled. A great way of making savings while protecting the planet.

Except for a certain category of directors having opted for minimalism, sets and costumes are of major importance for audiences. The quality of the sets and the richness of the costumes is almost as important as the choreography. Major operas, such as those of Paris and Milan, invest heavily in this component of their shows, and the dozens of costume designers are tasked with creating the most lavish costumes possible. It may seem simple on paper, but the reality is quite different: the dancers are also athletes, and the costumes must not hinder their movements. Fortunately, polymer fibres such as spandex and polyamides have led to a quiet revolution for ballet companies. They are lightweight, elastic, and often excel at dissipating heat and evacuating sweat. 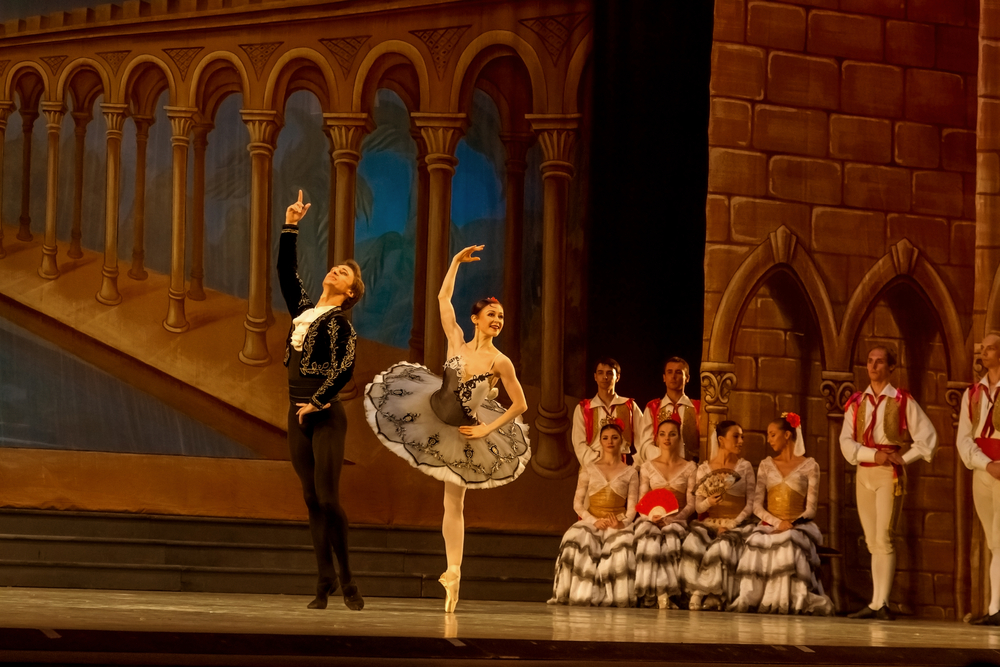 Yet, despite the fibres being the same as those used for high-level sports equipment, the dancers’ costumes do not look anything like a gymnast’s. The costume designers are extremely talented and are able to add many, sometimes plastic, accessories such as rhinestones, gold threads, polyester satin bands, and others, to the costumes to give them the glittering look that audiences love so much. And this is not a one-off thing. Choreographies have changed and have become ever more ambitions since polymer fibres first started being used to make costumes. A little like an athlete’s performance improves with new developments in equipment design, once again thanks to polymers.