Piezoelectricity is the ability of certain materials to deform under the action of an electric field or, conversely, to generate power as a result of mechanical stress.
To date, this property has been put to use by the microelectronics industry to design "sensors", such as motion sensors that send an electrical signal when touched, or, conversely, actuators containing parts that are deformed under the effects of an electric voltage.
Having long preferred ceramics or special alloys for their applications, manufacturers are increasingly investigating the third category of piezoelectric materials, that of the so-called electroactive polymers among which fluoropolymers seem the most promising thanks to their electromechanical and printable properties. 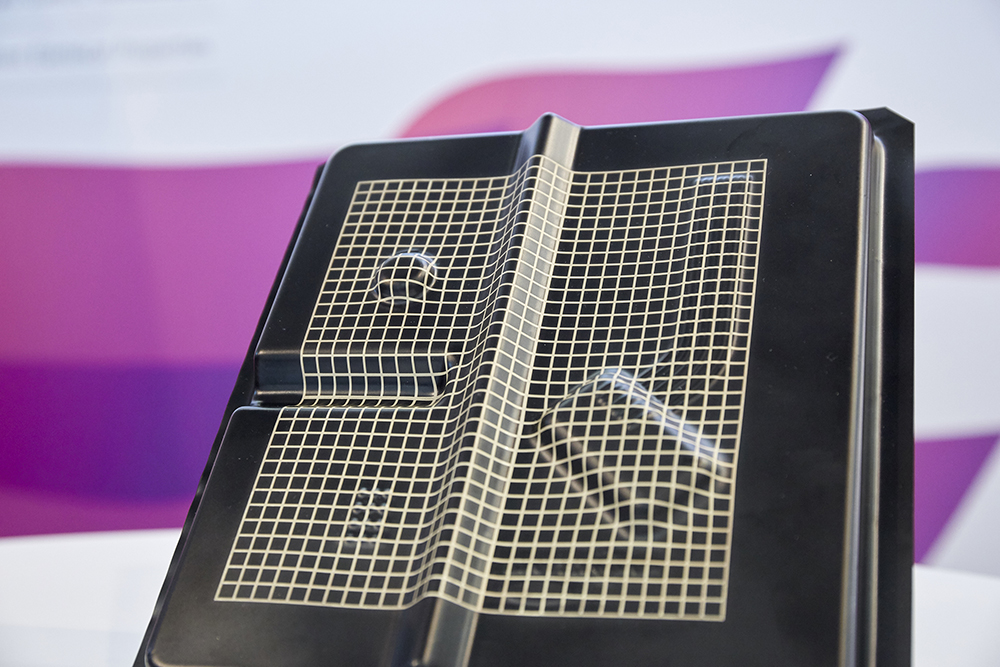 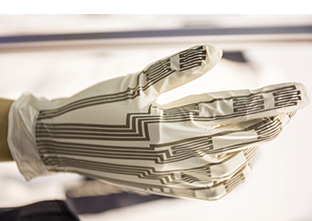 In 1969, Professor Kawai highlighted the strong piezoelectric activity in Polyvinylidene fluoride (PVDF) when stretched out after extrusion. Fifteen years later, this fluoropolymer, used for its strong resistance to impacts, ultraviolet rays and abrasion would be used in sensors, in the form of metallised films or cables.
It was also commonly used to weigh vehicles, thanks to a PVDF cable integrated into the road surface. The plastic delivers a pulse that is proportional to the weight of each axle and which is used to determine the mass transported. 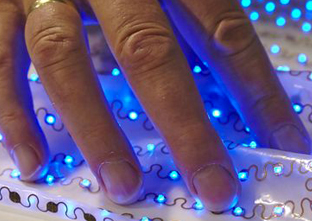 Thanks to electroactive polymers derived from PVDF, the technology can be scaled down. They can be used to make sensors able to detect vibrations or pressure comparable to those of a butterfly. Thanks to the PVDF nanofibres obtained by the technique of electro-spinning, developed as part of the European Nano-jet project, it is now possible to create fabrics able to measure the body's temperature, blood pressure and stress. These signals enable measuring a patient's condition while they remain in bed, a driver's drowsiness from his seat and so on.
This fibre's exceptional sensitivity even paves the way for developing an artificial skin with properties similar to those of human skin.

Another promising avenue for electroactive polymers is energy harvesting. This process works by converting small quantities of mechanical energy into electricity in order to power mobile electronic systems and provide them with increased autonomy. These flexible, inexpensive, easily-mouldable and often biocompatible plastics have many benefits for energy recovery. Using a large number of micro-sensors enables the weak piezoelectric power generated on an occasional basis by each sensor to be compensated for. The magnitude of the deformations linked to the elasticity of the polymers is also an asset. In 2015, the Japanese firm Ricoh announced that it was planning to sell an elastomer film that could generate electricity. More flexible than PVDF derivatives, this material is said to provide piezoelectric power equal to that supplied by ceramics. Two considerable advantages to take the lead in the market of connected objects. 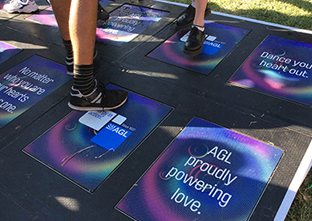 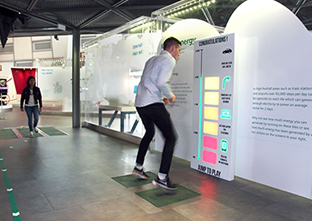 Electroactive polymers have also proven themselves on a larger scale, on the electricity-generating dance floors of trendy nightclubs. The process was then used by the English start-up Pavegen that created piezoelectric paving stones made from recycled elastomers installed in pavements, stadiums and shopping centres.

When plastics show off 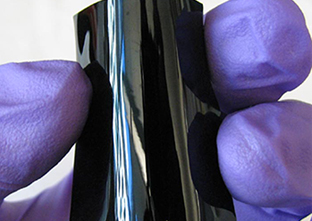 Engineers at the Massachusetts Institute of Technology (MIT) developed an autonomous piezoelectric generator using a multilayer membrane that deforms on contact with water vapour.
The first layer, comprised of two polymers, a flexible polypyrrole matrix and a polyol-borate gel, shrinks considerably when absorbing moisture and returns to its original surface area after evaporation. This phenomenon's potential is considerable given that, in the presence of moisture, the cycle of deformation is continuous and the forces deployed are ten times greater than the weight of the membrane.
With this in mind, the researchers were able to generate an alternating current by combining it with a piezoelectric film. They are already planning many different applications: in addition to moisture absorbers, they are considering integrating the material into clothing in order to use sweat to produce electricity. It could even be used in large tarpaulins stretched out over lakes or rivers.

Electroactive polymers are useful for more than signalling the presence of intruders or impending disasters. Their ability to convert vibrations into electricity is harnessed, in a much more pleasant way, by musicians and for their audiences. Plastic membranes are used to build many "piezo" sensors in string instruments, percussion instruments and some microphones. Their role is to convert sound waves into electrical signals that, once amplified, are broadcasted through speakers or recorded in magnetic or digital form. Conversely, it is thanks to these types of sensors that those who wish to emulate Ringo Starr or Phil Collins are able to practice their grips on an electronic drum kit or a multi pad without annoying the neighbours.