Firefighters, best of friends with plastic

Changes began to occur after a rash of firefighter deaths in fires, some crushed by debris during explosions, some burned in flashovers (near simultaneous ignition of all combustible materials), some fatally electrocuted when their breathing apparatus came into contact with metal cables. Firefighters and their authorities alike saw these accidents as avoidable tragedies.

So they decided to look at the especially promising properties of new polymers to take their uniforms and equipment into the future. 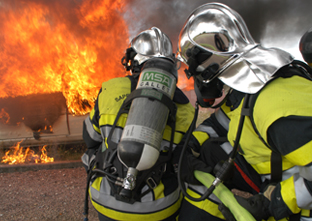 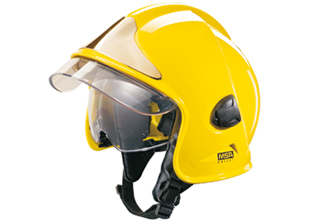 Symbolic and iconic...the fireman’s helmet remains the stuff of little boys’ dreams. But the old-style metal helmet no longer met firefighters’ needs, which was even deemed uncomfortable, not to say dangerous, it did not provide firefighters with sufficient wrap-around skull protection, neck or face covering. Its weight and poor protective ability made it painful to wear in high temperatures, preventing firefighters getting close enough to a fire. While only 15% of the risks are to the head, these are often fatal.

In the late 1970s, the Paris fire brigade  (BSPP) put out a call for bids from helmet manufacturers to design a new-style helmet for urban firefighters.
This new helmet design was more than six years in development, but quickly became a "world best seller": the F1 helmet. 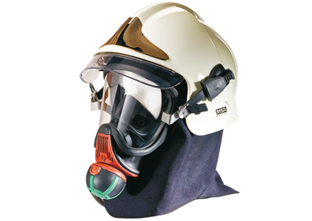 The new helmet made of high-performance composite materials provides maximum protection with its wrap-around shape and high insulating properties. With polyamide, polyurethane, polycarbonate and aramide, an F1 helmet contains no fewer than five different engineering plastics.

The outer shell of the F1 helmet is in a single moulded part, but clip-on accessories are easily attachable to the main part. Only by using plastic materials could it be made so serviceable. The visor/heat shield protects the face from flying debris and flash fire. Polysulfone, a very rigid, transparent thermoplastic polymer, is the ideal material for visors. And the breathing apparatus fits snugly on the helmet with a quick locking system that allows firemen to respond even more quickly.

It also accepts a clip-on communication device and torch, as well as a protective neck curtain...who could ask for more?! Obviously, the materials used are non-conductive and have undergone every possible impact- and crush-resistance test. Finally, the metallic, light-reflective aspect is featured by the firefighters’ own requests to keep their helmets stylish and distinctive. 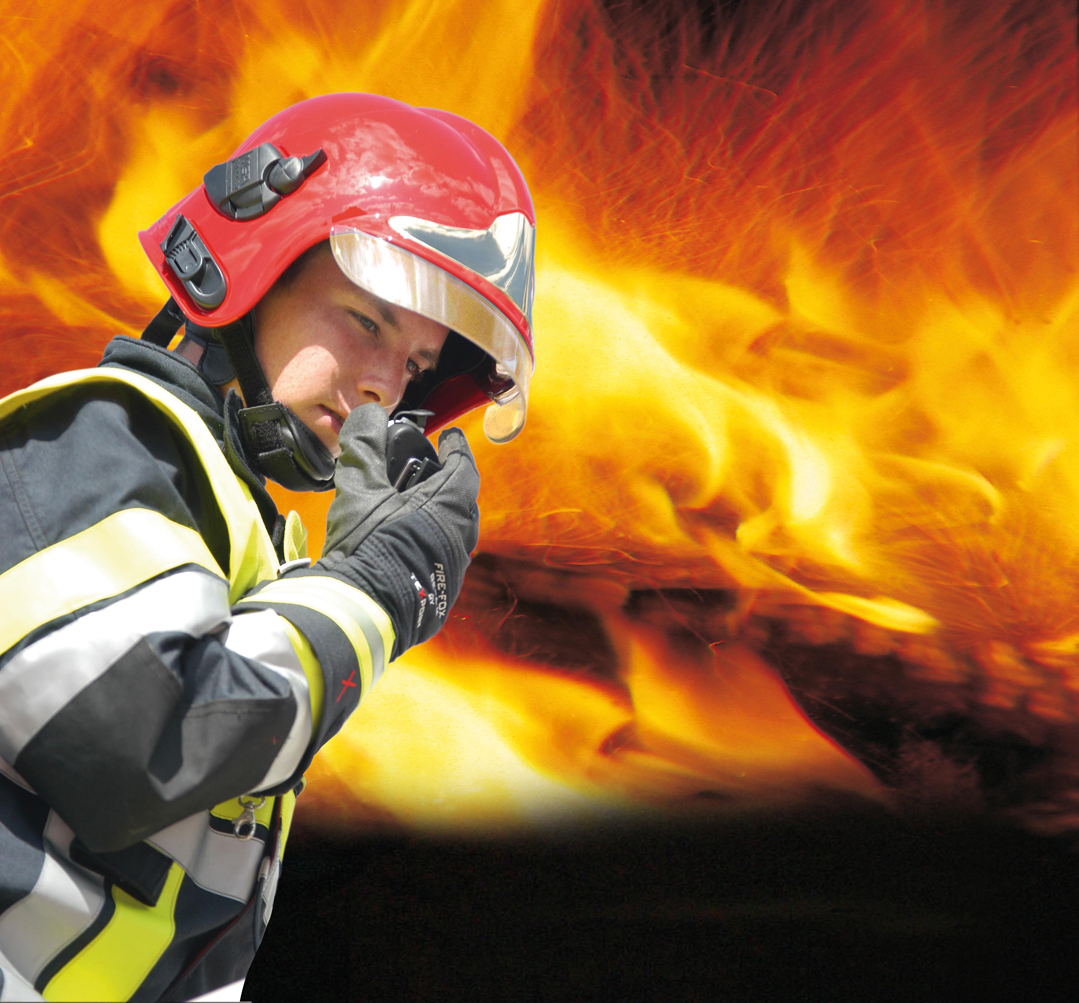 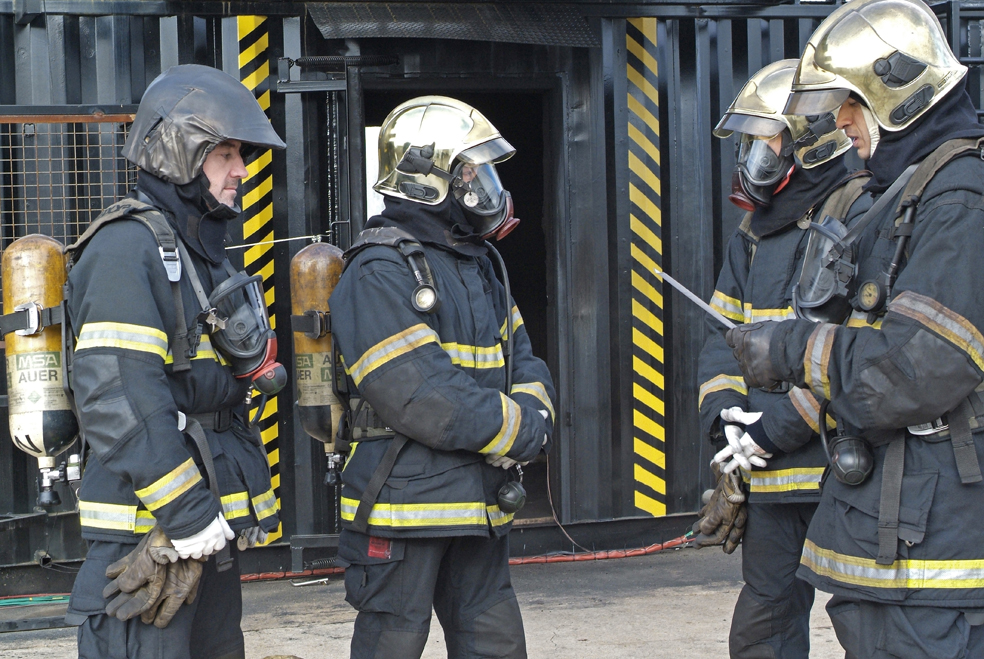 A hi-tech, ultra-protective helmet is good, but not nearly good enough to give over-all protection to firefighters whose rate of fireground fatalities and injuries is still too high. Here again, manufacturers’ design departments were enlisted and plastics provided the answer. Kermel®, Nomex®…these aramide fibres are now being used to manufacture fire-fighters’ bunker gear. Flexible, lightweight, breathable and obviously providing excellent heat and flame protection, these outfits are now used by almost all fire services worldwide. And it is not just bunker gear - the same type of fibres also make up the equipment used in operations on contaminated sites (nuclear, chemical, biological...). An interesting historical footnote is that these modern textiles were first used in astronauts’ suits in the 1970s. The Apollo mission spacesuits, for example, consisted of fourteen layers – one rubberized nylon, five heat reflecting Mylar, four Dacron, then two super heat retardant kapton plastic. 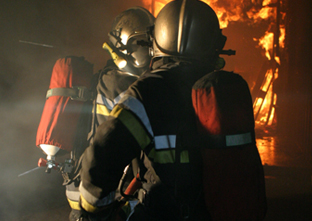 Plastics are now also widely used in firefighters’ equipment, for one very good reason: these new materials are fire- and heat- resistant, non-conductive, more lightweight and, in some cases, easier to service and more hygienic.

The list is a long one: fire hose pistol grip and nozzles, high pressure extinguisher valves (for spraying powder or liquid), self-contained breathing apparatuses, splints, explosion-proof flashlights (non-sparking, so no risk of explosions) and even spinal boards...

Plastics and composites are becoming ever more synonymous with safety for firefighters and those they save alike.

Figures on fires in the world 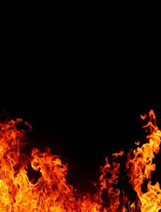 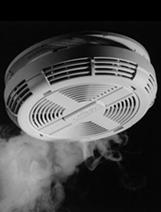