Who are you, Graeme Glen ?

I am a Canadian of Scottish descent based in Hokkaido, Japan, for the past 20 years. Before creating the Waterbean, most of my professional career was spent designing and developing new frozen food products, and sushi in particular, through processes derived from medical cryo-preservation technologies.

What does the WaterBean do? And how does it work ? 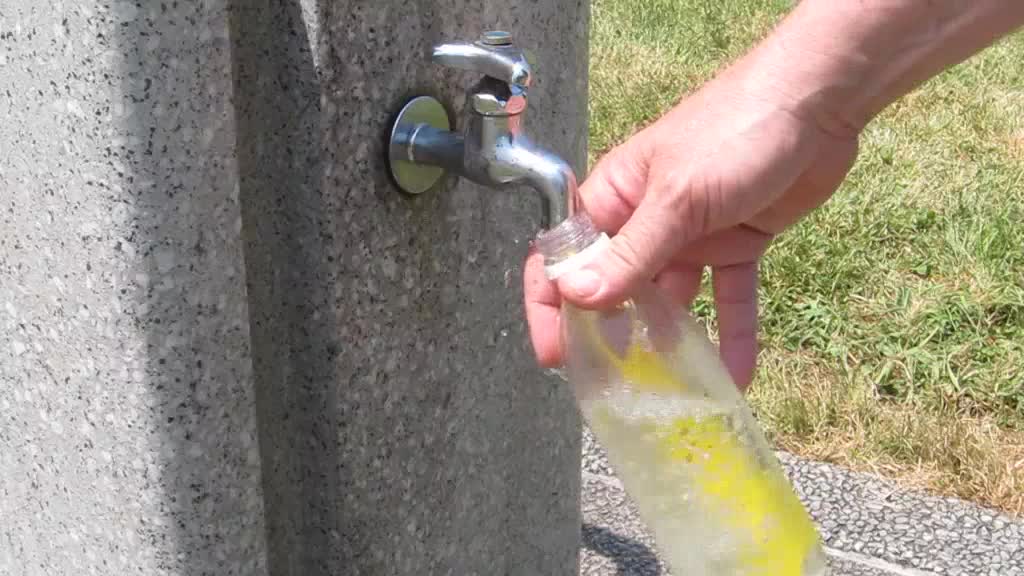 The WaterBean is a water treatment system comprised of a filter inserted into a flexible jacket. The polypropylene jacket is rechargeable and can be used for a long time. The filter used to treat the water is made from active coconut carbon enclosed in a synthetic nonwoven fabric.
Unlike most other water treatment systems, the WaterBean can be immersed into the liquid and the latter is treated by adsorption rather than by percolation. Adsorption, not to be confused with absorption, is the process through which substances suspended in a liquid attach themselves to a solid surface.
Created to work on this principle, the WaterBean is particularly effective in retaining chlorine and other odorous compounds present in all drinking water. The device removes the bad taste of most tap water, which is the main reason it cannot be kept for any amount of time. The device enables more tap water to be consumed and bottles to be reused.

How does using the WaterBean help the environment? And consumers ?

The WaterBean is a simple, rechargeable and affordable system that prolongs the lives of all sorts of bottles. By design, it is mainly aimed at encouraging the reuse of individual 12 ounce (35 cl) plastic bottles, the type of bottles that people carry around with them and which, when thrown away, often never reach recycling systems, if there are any. The system can also be used in other bottles made from glass or metal.
Each filter, sold at a little over one Euro, can be used to treat 70 litres of water. The plastic jacket has a life span of several months. In theory, using the WaterBean enables users to fill up and reuse one such small bottle almost two hundred times.
In practice, however, its impact is much more modest although no less important. Surveys show that our customers have reduced their consumption of such bottles by 80% since they started using the WaterBean.

Does the device change the water's composition ?

Yes, and not solely by eliminating the factors responsible for bad tastes. Shaking the bottle prior to drinking releases minerals that are naturally present in our active carbons, such as magnesium, into the water. Magnesium, which is the fourth most abundant mineral in the human body, plays a key role in many biological processes thanks to the way it acts on enzyme activity, among others.

Is this easy-to-use object technically complex ? 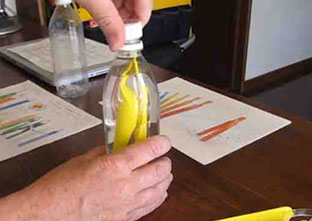 At first blush, it looks like the simplest thing. A WaterBean has fewer components than a Bic ballpoint pen, for instance. One could assume that it is therefore extremely easy to manufacture. Some parts are easy to manufacture, while others are not. In fact, the main difficulty resides in controlling the interactions between the plastic jacket and the active carbon filter. To achieve this, we had to design and test a great number of prototypes until we were left with the most effective device best suited to mass production at an affordable price. We also wanted to ensure that the components were recyclable and had a very low impact on the environment.

How is the WaterBean sold? What are your prospects for development ? 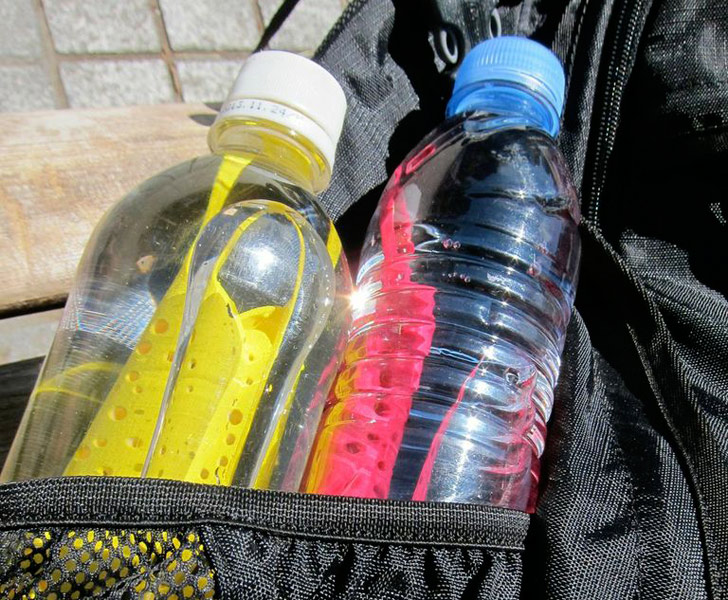 We sell the WaterBean over the Internet in almost all of the world's countries thanks to our "free delivery" system.
Our product is aimed at enabling consumption of potable water outside the home, at work, in school and during leisure activities. With this in mind, we are seeking to expand our range of WaterBean water treatment filters by developing new models able to release minerals and oligoelements targeted to specific activities. For instance, those that are needed by athletes or students.
In the same vein, we are developing a new distribution model aimed at shops, display shelves placed near bottled water, showing off the WaterBean as a plug-in that is useful for those who drink mineral water. This would be a way of reminding consumers that using the Waterbean is a smart idea when buying a plastic bottle is unnecessary or impossible.