Polymers, catalysts of a revolution

Producing a bust in your own image, a new handle for a cabinet, and why not, even a cake that looks like BB8, the little robot from Star Wars. Enabling prosthesis manufacturers to design entirely personalised models, or enabling astronauts in orbit to manufacture a new part to replace a defective one while in space. All of this is already possible! And this is only the start of things. 3D printers are keeping their promises since they enable polymers, carbon or metallic powders, as well as sugar, almond paste and chocolate to be fashioned into any shape desired in just a few minutes. The potential of these printers is almost limitless and this is why they attract designers, engineers, doctors and chefs alike. And they owe a large part of their success to polymers, which are the most frequently used materials for 3D printing. 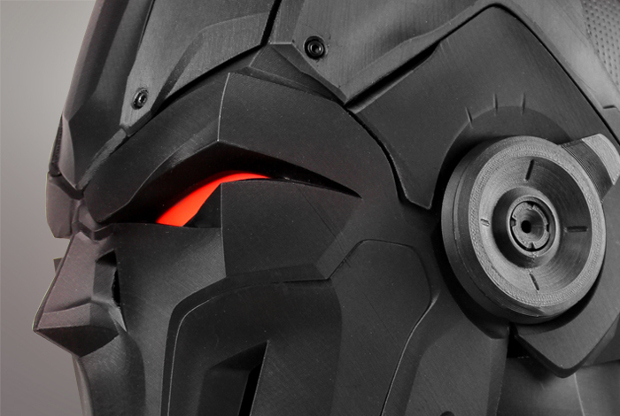 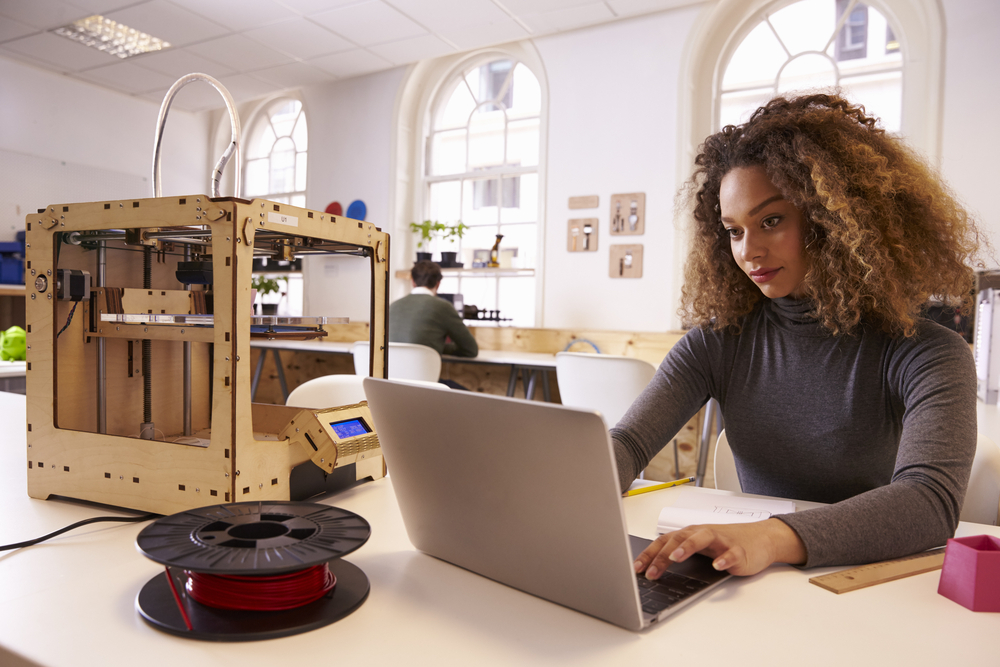 The true revolution offered by 3D printers lies in the process used to manufacture objects. In a traditional process, material is removed (in technical terms, this is called subtraction), in much the same way as a sculptor works, and there is a considerable loss of materials. It is also possible to inject materials into a mould, an effective process, however, reserved for mass-production. In a 3D printer, the material is added layer after layer much like on a French pastry. To achieve this, the desired shape is designed by computer using a CAD (Computer-Assisted Design) program. It must be noted that there is a wide range of such software, and some programs are free or Open Source. Once the design has been finalised, another piece of software takes over: it breaks down the 3D model into 2D layers. The printer receives its instructions and begins printing layer upon layer. This is called additive manufacturing.

It is one of the reasons for which such printers have met with much success, and the range of printers now includes affordable and smaller models enabling anyone to produce any type of object. And that's what makes them particularly addictive!

Polymers soak up some rays 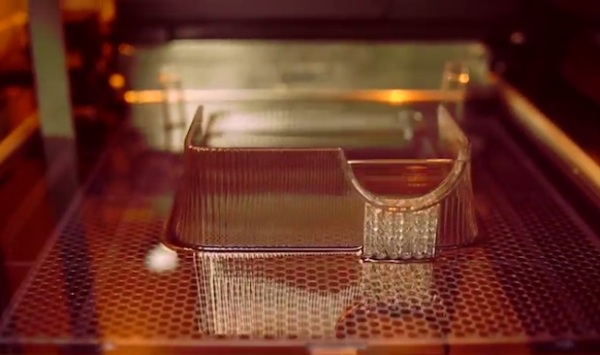 Simply put, there are two main types of techniques for printing objects in 3D. First of all, and this is where it all started, is stereo-lithography, a process developed in the mid-1980s by Charles Hulls, one of the inventors of 3D printing. In summary, an ultraviolet ray is applied to a basin filled with a photopolymer resin* (a polymer whose molecules are modified under the effects of light, or more precisely of ultraviolet rays). The ultraviolet ray "works" the polymer, layer by layer. When the ray strikes the material, the latter hardens while binding itself to the layer underneath it. Once the layer is completed, the platform that serves as a base for the objects is lowered a notch. The basin's surface returns to a liquid state and the laser can create a new layer. Therefore, no materials are wasted.

Fused Deposition Modelling (FDM) is the other, more widely-used 3D printing process. Although the result is rougher in appearance, it revolutionised 3D printing by making it financially accessible to many more people. FDM-based 3D printers print the parts according to the same layer-based bottom-up process, but by heating and extruding a thermoplastic filament generally made from ABS (Acrylonitrile butadienestyrene) or PLA (Polylactic acid), a corn starch-based biodegradable polymer. The printing head moves around and deposits a drop of the material on each passage. The material hardens immediately and sticks to the lower layers. 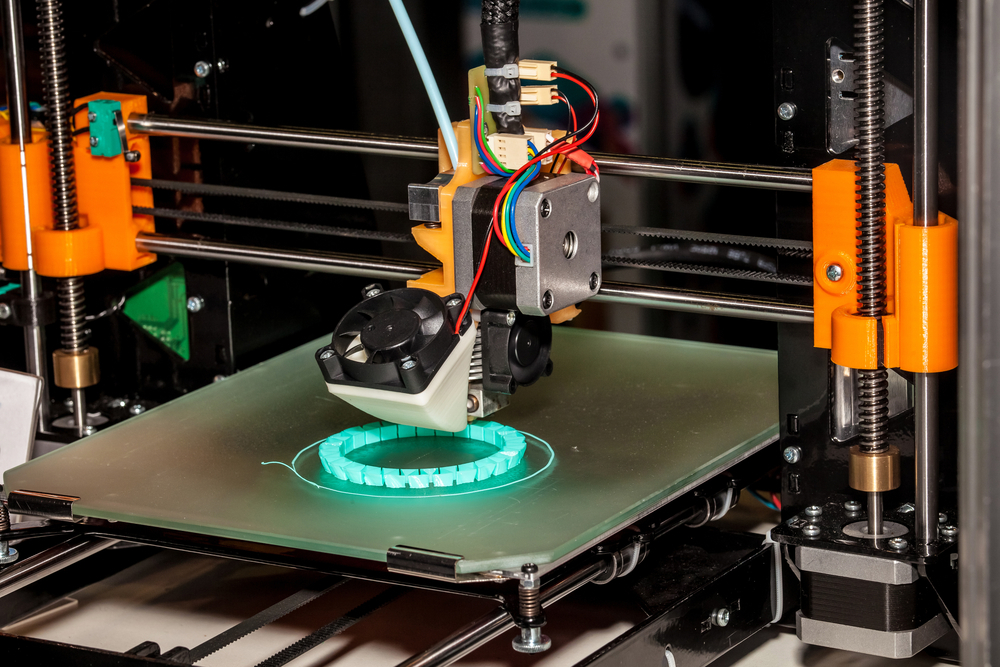 * A photopolymer resin comprises a binding acrylic resin, an acrylic binder resin, a ethylenic monomer and a solvent.

A wealth of polymers for new dimensions 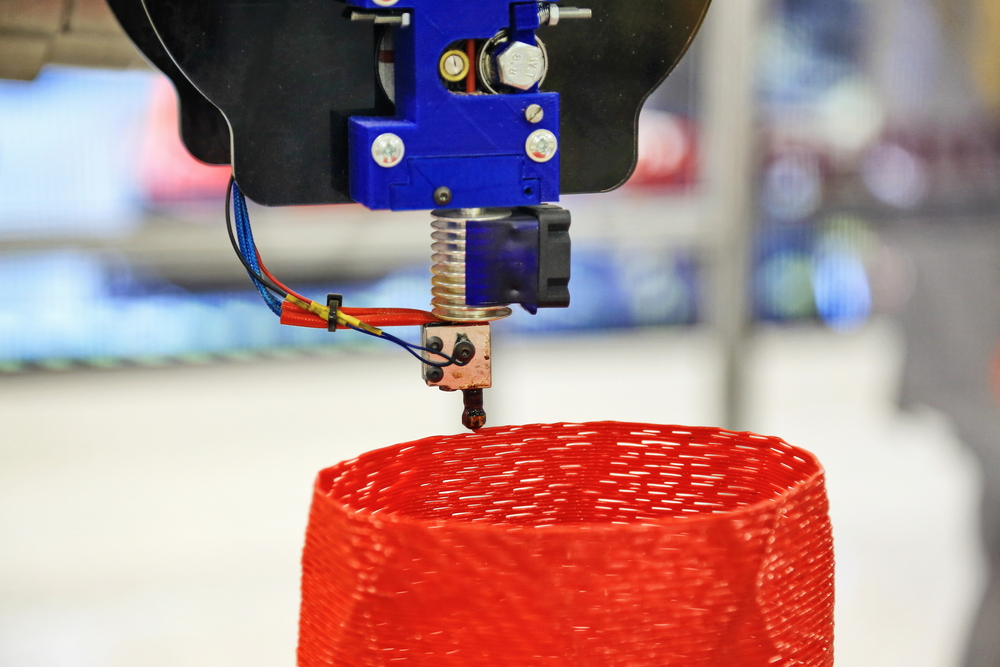 Although ABS and PLA still have the lion's share of the market, in particular as regards individuals, they are not the only polymers used in 3D printing, far from it. Polyamides are particularly favoured in industry. Excepting nylon which comes in strands, polyamides are often compact, fine, granular, and white powders. The printing process is fairly similar to FDM. These polymers are very stable, resistant to impacts and are rigid while remaining fairly flexible. They are generally used to manufacture gears, parts for the aerospace industry, the automotive industry, the robotics industry, prostheses, and more. Polyamide powders can be combined with alumide, an aluminium derivative, for improved strength and heat resistance. In the same vein, PLA strands strengthened with carbon powder are available on the market.

Many manufacturers are now impatiently awaiting a printer able to print with carbon. Prototypes exist, but they still need development. It is only a matter of months before such a printer is unveiled. 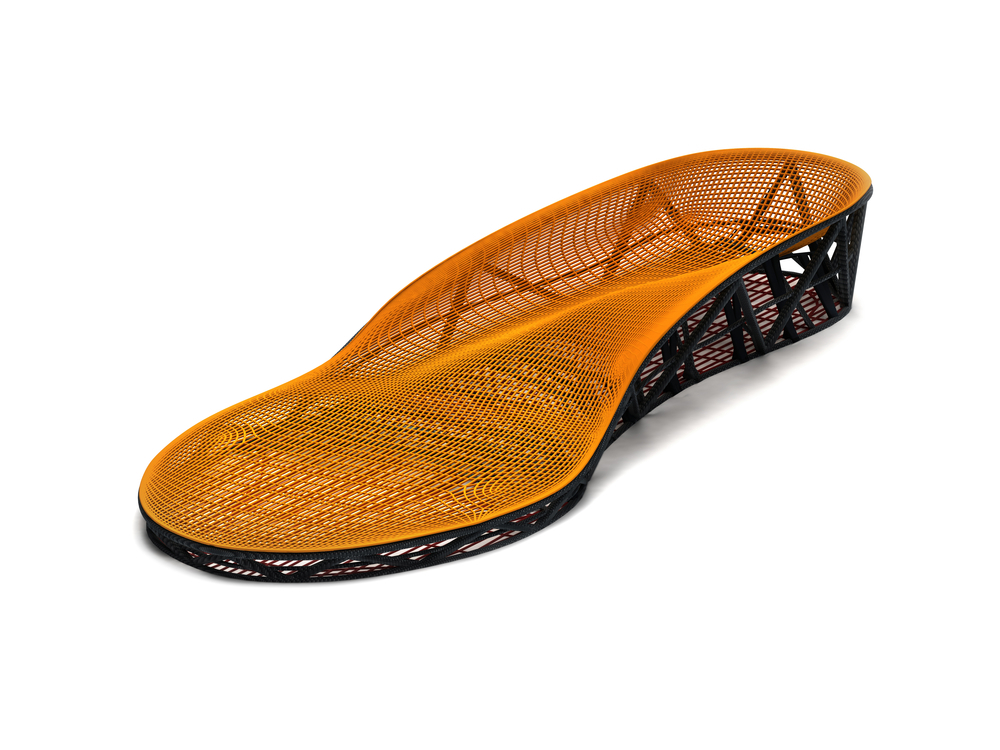 Polypropylene is a thermoplastic found in thousands of everyday objects due to its ease of use and great strength. Its only drawback is its sensitivity to UV rays and the fact that it cannot withstand high temperatures. 3D printing material manufacturers have solved this problem by combining it with an additive. And the result meets expectations as this new polypropylene, christened simulated polypropylene, is currently in high demand for the level of detail it offers in the printing process.

A relatively new development, manufacturers have recently started selling elastomer-based strands intended to provide flexibility to printed objects. It is extremely useful as it enables the objects to be bent, twisted, stretched and then returned to their initial shape. Although they are still expensive, the price of these strands should decrease in the coming months and anyone will be able to print their own smart phone case.

Finally, some objects are so complex, and so fine, that they cannot be printed without being strengthened in order to prevent them breaking. This is the case for very fine meshes and tiny cogs. It is necessary to create bases that can be easily removed once the objects have been printed. Manufacturers turned to Polyvinyl alcohol (PVA) for help. The bases are placed on the printing table and the object is printed around them. All that remains is to dip the item in water, to dissolve the PVA bases, and obtain a perfect part. 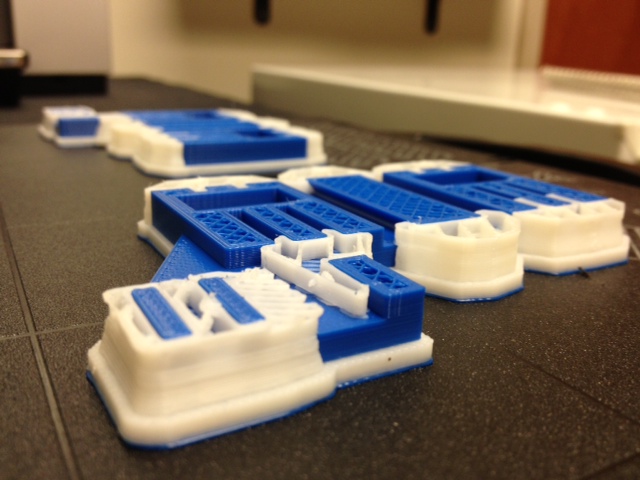 See similar articles
Read the previous article Polymers: a giant step towards miniaturisation
Read the next article The Smart House puts plastics to the test