Surface waters are often used to supply urban areas when underground aquifers are inaccessible. They are processed using various methods aimed at eliminating suspended solids, depending on their size and nature. Preliminary treatments enable floating bodies to be removed by screening, and then smaller particles to be removed by successive sieving
The water is then channelled into setting basins where the finer particles settle at the bottom under the effect of gravity. Some, however, never settle. This is because these colloids below one micron are dispersed by electrostatic forces. Other nanometric particles are dissolved outright in the water. 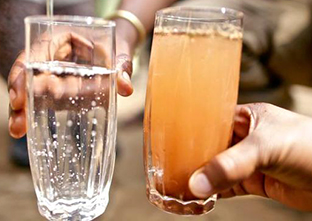 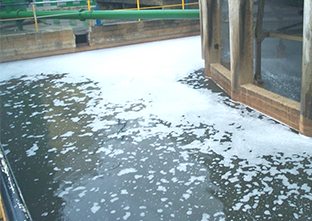 The only solution to this problem is that of adding a reagent and then a super-absorbent polymer such as polyacrylate or polyacrylamide. This operation causes the particles to coagulate into flocs, clumps of flakes that can be easily decanted or filtered.
UOnce it has been clarified, the water is then filtered through several sand beds and disinfected to eliminate the major pathogens, before being refined with activated carbon. It will then be compliant with consumption standards. 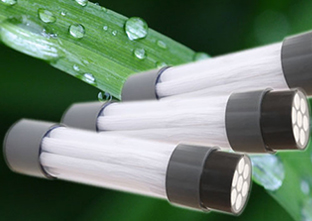 Membrane filtration is one of the most used processes in the water cycle. Its main advantage, versatility, enables it to be used in many applications at the individual or industrial level: water purification, softening and desalination or the treatment of effluents.
The process of filtration consists of passing the water to be treated through a membrane whose pores catch suspended solids and dissolved substances. The process is categorised according to the size of the components to be removed: it is called microfiltration when using pores between 10 and 1 micron, ultrafiltration when using between 1 micron and 10 nanometres, and nanofiltration when filtering pores smaller than 10 nanometres.
The choice of materials depends on these criteria: size; the behaviour of the liquid to be treated; and the constraints of the environment.

Mineral or ceramic fibre-based membranes are costly and are currently reserved for highly aggressive water treatment processes at high temperatures. Polymer membranes, which are ten times cheaper, are used to produce drinking water. Generally tubular in shape, most are made up of a macroporous base providing mechanical strength and a cellulose acetate surface layer, in polyacrylonitrile at low temperatures, or in polysulfone for filtration up to 90° C. 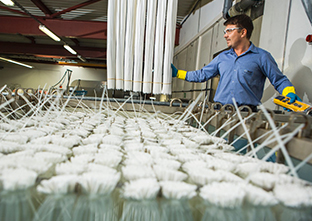 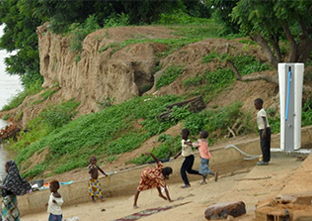 Membrane filtration has largely proven itself at the industrial level, but public drinking water distribution policies have likely limited its implementation on a smaller scale. For several years, however, there has been growing interest as regards using membrane filtration at local level in the context of development aid and outdoor activities due to the low cost of the polymer membranes and their ease of maintenance.
Dutch designer Rob van Opdorp came up with the idea of upgrading old hand pumps that are still used in the countryside by fitting them with a PES membrane ultrafiltration system. His company, Villagepump, has provided over 150 rural communities in Africa and Asia with a system for supplying drinking water drawn from surface waters or rainwater. 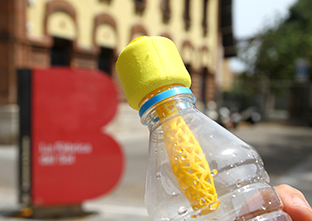 In another vein, three young Frenchmen created the ‘Sail for Water’ NGO in 2014. The NGO travels the world promoting the use, in families, of the Sawyer filtration system whose membranes with tubular organic micro-pores were originally intended for outdoor activities. More recently, at the COP21 in Paris, Peruvian Mauricio Cordova turned heads with his Fair-Cap concept, a series of 3D-printed polypropylene capsules fitted with a polyamide mini-filter. It was the cheapest solution developed by the economist who fell victim to the cholera epidemic that hit his country in 1991.

Three quarters of the world's ultrafiltration units currently rely on membrane technologies whose performance and efficiency are being closely scrutinised.
Many membrane manufacturers use PVDF, a high performance fluoropolymer, able to withstand ageing and corrosive chemicals. In order to make the fibre hydrophilic, most manufacturers incorporate an additive into the formulation. However, this property fades with each successive wash, which also leads to less water being treated. 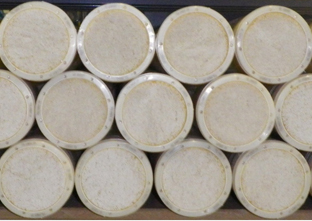 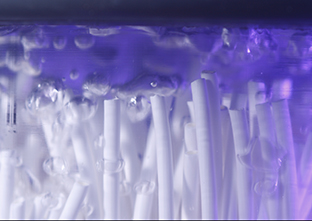 Polymem, a manufacturer of filtration membranes and modules, joined forces with Arkema and Véolia, as part of the Néophil project, in order to come up with a solution. Together, they developed a new generation of sustainable, porous fibres. To achieve this, the chemist worked on the nanometric scale to graft "functionalised" copolymers onto PVDF Kynar fibres in order to make the membrane's pores permanently hydrophilic. As a result, the fibre does not clog up as quickly and the modules are more efficient in terms of speed and energy consumption, as regards the flow of filtration. 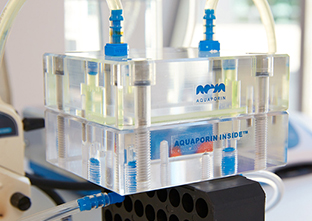 Besides the elder statesmen of the organic option, few people know about aquaporins! This is the name given to the family of proteins that form the pores of the cell membranes. Their role: controlling the passage of water molecules while blocking ionic compounds such as salts and minerals.
Aquaporin is now also the name of the company, founded by Danish chemist Peter Holme Jensen, through which, he markets his biomimetic membrane, which imitates the natural process to filter water. His team was able to attach an active layer of aquaporins to a base made from hyperporous Teflon, a polymer which is renowned for its anti-stick properties.

This innovative membrane ensures the rapid and highly selective transport of water molecules through the channel proteins using the principle of direct osmosis. This is achieved thanks to the kinetic energy that makes water from an area with a high solute concentration move towards an area with a lower concentration. The water trickles down the slope of the pressure gradient, much like a waterfall where it falls under the effect of gravity.
Although water molecules move around in a linear fashion, they pass through the pores at an amazing speed of around one billion molecules per second. This makes the process particularly efficient, and energy-efficient, compared to traditional ultrafiltration techniques, and in particular compared to reverse osmosis that requires pressurised circuits. It enables ultrapure water to be produced, which, in addition to being used as drinking water, is also used in some applications such as semiconductors and photovoltaics where nanometric impurities can compromise component quality. 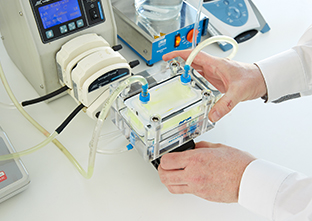 In addition, the aquaporins' acute sensitivity to salt particles means that the membranes are also suited for the desalination market.