Exemplary piping thanks to polymers

What drinking water owes to plastics

From the fountains of the Sun King…to the urbanisation of European cities, for almost three centuries, cast iron established itself as the reference material for drinking water networks.
And these pipes suffered less from the ravages of time than from the damage inflicted by two World Wars. In 1937, the first PVC pipeline network was installed at a village in Saxony. The idea caught on. At the time of reconstruction, after the war, plastic appeared everywhere in Europe as the best alternative for use in the restoration and, indeed, the extension of the networks. In less than a decade, their size increased six-fold to reach, by the start of the 21st century, some 3,500,000 km. 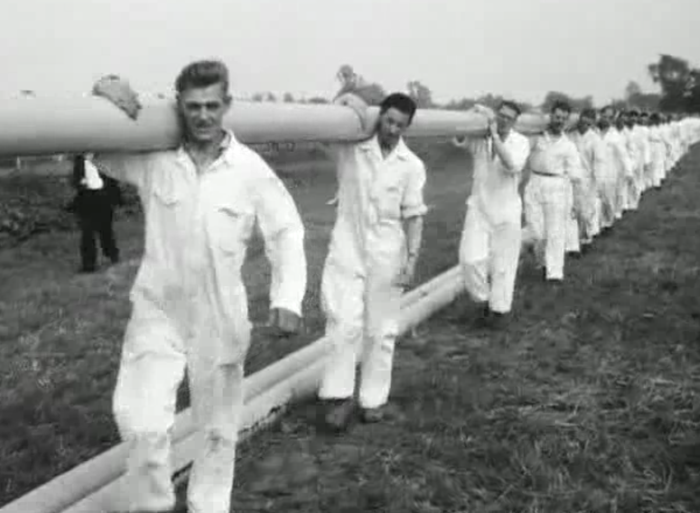 The establishment of the first European manufacturer of PVC piping, in the Dutch city of Zwolle in 1953, was symbolic in this regard.
After experimenting with different materials to renovate his network, Johan Keller, head of the regional office of drinking water distribution, finally settled on PVC. Resistant to corrosion, light and with good resistance in the event of fires, this plastic appeared to be the perfect candidate for the rapid production and installation of different sizes of piping. The small plastics company he assigned the work to was to become a world leader in the sector under the name of Wavin, an acronym of "water" and "vinyl". 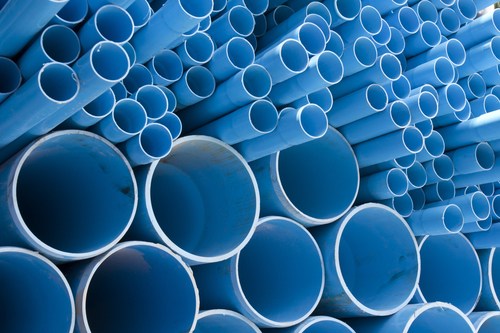 Drinking water pipe networks must satisfy the requirements related to the nature of liquids: impermeability, ease of flow as well as chemical and biological inertia to guarantee its food grade quality. Hence the care taken with the behaviour of the materials, in the face of chemical aggression like corrosion, or biological aggression such as the proliferation of micro-organisms, etc.
The good performance of the first plastic pipe networks and their chemical inertia in relation to the liquid transported made a significant contribution to their success. Studies conducted recently in Europe on the formation of biofilm on the surface of pipe networks and reservoirs for drinking water distinguished the performance of PVC-C in the face of biological risks: all of these showed the propensity of this polymer to slow down microbial growth in the widest temperature range. A virtue that it shares with copper, which is, however, vulnerable to scaling and corrosion.

The comprehensive introduction of plastics into the water distribution system in the 1950s made it possible to guarantee the rapid renewal or extension of the networks through the use of different diameters of piping. Almost simultaneously, it provided an outlet to two types of polymer, PVC and polyethylene, selected by the operators for their qualities of solidity, resistance to corrosion and, in particular, resistance to pressure.
Although competitors in many respects, both benefited from a number of improvements. Thus, traditional PVC, the non-laminated result of an amorphous polymerisation, was succeeded by bi-oriented PVC. The latter is obtained by a new pipe extrusion process through longitudinal and latitudinal stretching that markedly improves the mechanical performance. They offer better resistance to water hammer and a greater hydraulic capacity. 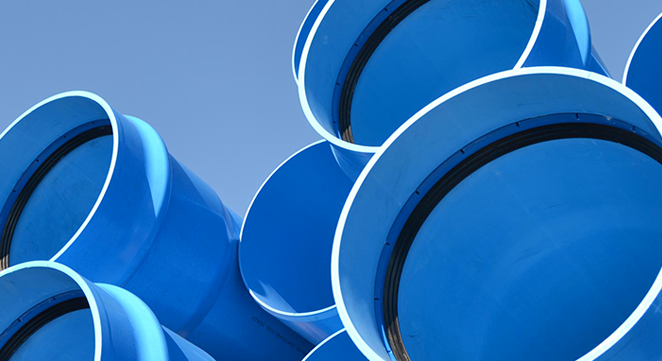 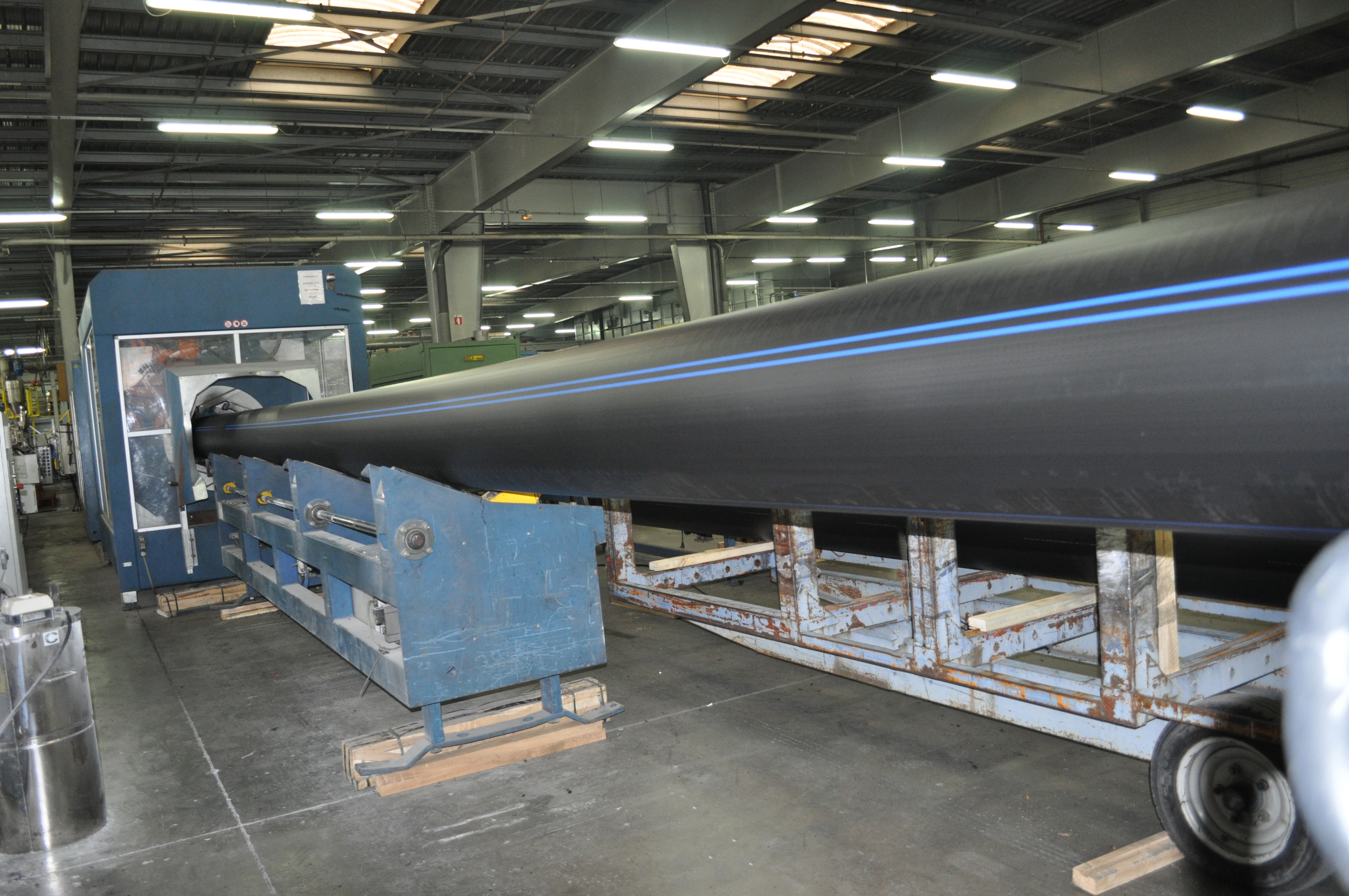 As for high density polyethylene (HDPE), once it was made more resistant to UV by the addition of carbon black, it established itself in the water distribution system under the formulae specific to that market. They are known by the names PE80 and PE100, numbers that correspond to the minimum required strength that the pipes can tolerate without break during 50 years.

Polyethylene, a champion of underground piping 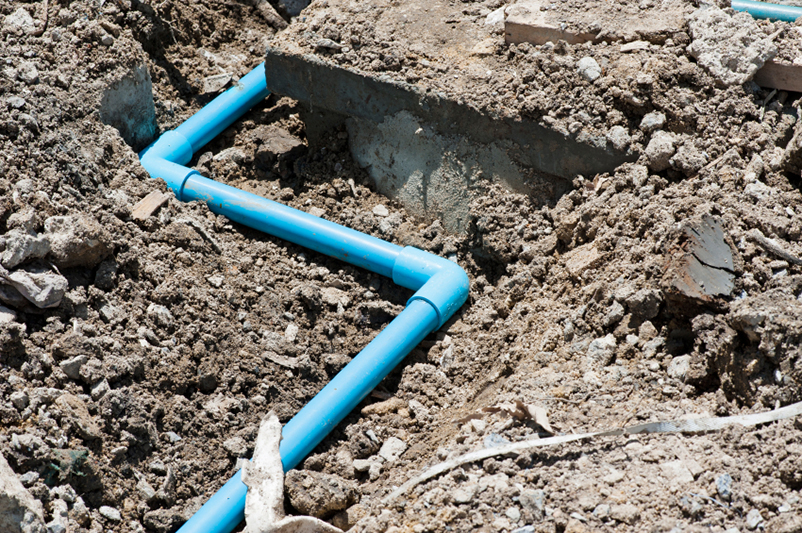 The success of plastics in the water distribution system is less a matter of piping costs, which, regardless of the material, never exceed 10% of the cost of the works, but rather, about the impact of some specific features on the overall outlay on the project.
PVC, which can be found in between a fifth and a third of networks, depending on the European country in question, benefits from its mechanical properties which, at an equivalent pressure, makes it possible to install lighter pipes. They are easier to handle and connect by interlocking, unlike HDPE pipes, which require special expertise for on-site welding.

On the other hand, PVC is at a disadvantage in shifting, or stony, ground, where its rigidity means that laying, and burying, pipes on a sand-bed is a time-consuming job. More flexible, HDPE proves to be better suited to this type of site. Its presence on this market has grown since the manufacturing processes enable the extrusion of thicker pipes with diameters up to three metres. Central to the completion of major projects, this range of pipes was previously the preferred domain for fibreglass reinforced polyester (FRP). The subsequent development of the PE 100-RC, "Resistant to Crack", resins made it possible to produce pipes that are more resistant to low cracking. They can be installed in problematic soils, in rough terrain, without a sand-bed or trench to provide water supply to isolated areas.

Polyethylene, a good pipe for plumbers

When it comes to domestic installations, plumbers, for a long time, distinguished between PVC pipes for drainage and copper, as a must, for domestic water supply…With the arrival of cross-linked polyethylene in the sector, however, copper lost much of its appeal.
The profession and its customers did their sums: between soldering tin seams, bending pipes with heat, the risks of corrosion and scaling and, in particular, the financial vagaries of a metal fluctuating around € 5 per kilo, the plastic solution only has advantages. 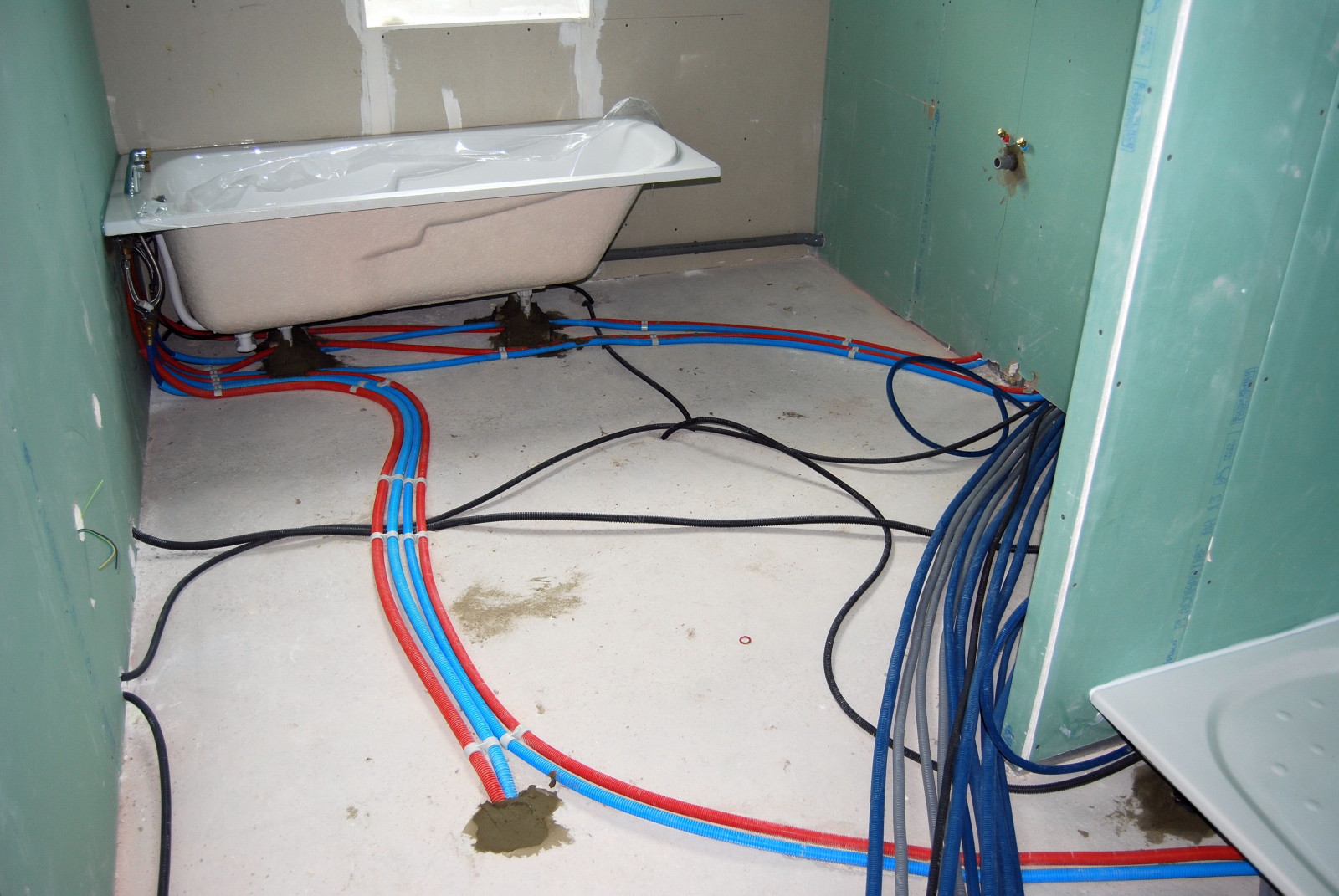 At half the price, being impervious to corrosion, the blue and red pipes with the PE-X logo are experiencing growing success. Flexible, easily identifiable and simple to connect, they perfectly suit the new hydro-cable systems built into walls and floors to supply water and heating. Driven by this concept, cross-linked polyethylene has won over the professionals. It has become the material of choice for two thirds of the 1,200,000 kilometres of domestic pipes installed each year in Europe. And this enthusiasm is not about to disappear: with the appearance of the new generation of multi-coated, cross-linked polyethylene pipes with an aluminium core that are impermeable to oxygen, the profession is less and less inclined to light up the blow torch.

See similar articles
Read the previous article A fiery temper for polymers
Read the next article A miraculous catch with plastics!