No contest for composites in freeriding!

For most fans of mountain biking, both Downhill and Freeride are the main events. The major trials that combine speed, spectacular figures and media attention are technology showcases for many brands. In this field, manufacturers have developed the habit of putting forward teams equipped with carbon fibre frames. Lighter than aluminium and therefore lighter than steel, this material is an undeniable asset in a competition setting. However, it is subject to certain conditions. Manufacturing a robust, light, and more or less rigid machine, depending on the rider's expectations, requires a skilful balancing of several parameters. First of all, it is necessary to control the fineness of the carbon filaments whose rigidity is inversely proportional to its resistance. Then comes the step of defining the number of braided threads (anywhere from 3,000 to 12,000) in each strand destined for weaving. 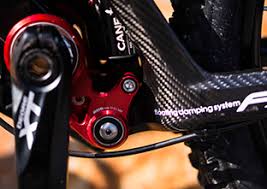 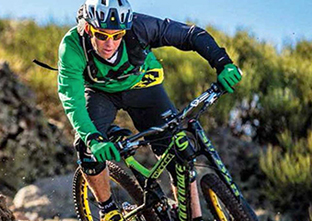 And finally, it is necessary to adjust the quantity of resin, which can vary between 25% and 50% of the pre-impregnated fabric destined for moulding.

Knowing that moulding a carbon mountain bike frame requires several hundreds of parts whose composition can vary according to function, it is easy to understand that this technology is not within the reach of all brands, and that composite bicycles available to the general public share no similarities with the machines with which they equip their champions

The resin that defies the asphalt 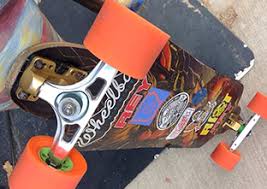 Despite the invention of skateboard trucks giving skateboards a turning radius, skateboarding did not take off in a significant way until 1973, when a second revolution took place with the appearance of the ’urethane’ wheel marketed under the "Cadillac Wheels" brand. A guarantee of silence, safety and performance, the use of this resin enables the wheels, and subsequently the boards, to be adapted to various types of disciplines. Finally, in addition to adrenalin, this resin is the only other thing that those freestyle or skate park skateboards and Down Hill champions, who fly down asphalt slopes at speeds of over 60 km/h, have in common.

All decks have polyurethane wheels with hollow centres in which two bearings are fitted. However, the formulation of the polymer can vary greatly depending on the required "Shore" hardness and the profile required. A wheel graded at 100a, considered hard, will slide more easily although it will be more sensitive to uneven ground. Paradoxically, for descent, where comfort and grip are more important than technique, skaters seek softer wheels that are wider than 50mm and have square edges. Pros, however, base their quality criteria on the homogeneity of the rubber.

Zorbing, a ball of adrenaline!

If you remember Pierce Brosnan's first meeting with his Bond girl in "The world is not enough", you will be familiar with the strangely-named activity of "zorbing". Invented in 1973 by Frenchman Gilles Ebersolt, this activity which consists in rolling down a slope inside a large and transparent sphere became popular in New Zealand in the 1990s. With its grassy hills, the country has many spots where you can tumble down a slope at 50 or 60 km/h in winter and summer.

Besides the slope which needs to be carefully chosen and even made secure, the main part of the activity revolves around the zorb ball which is made up of two transparent plastic PVC or TPU spheres. The external envelope, which is contact with the ground, has a diameter of 2.5 and 4 metres. It is separated from the smaller inner sphere designed to accommodate one or more "zorbonauts" by a 60cm air cushion which protects them from shocks. A tunnel-like entrance connecting the inner and outer spheres enables participants to enter the heart of the vehicle which is almost impossible to pilot. Hence the rush, caused not only by the uncontrolled rotations but also from the risk of colliding with obstacles when rolling around "off-piste".

Extreme sports always involve a risk of falling or collision with sharp obstacles or other competitors at high speeds,. More than on any construction site, wearing a helmet is therefore mandatory.
Even though helmets can vary according to the discipline, they all share the same structure. Polymers that can withstand breakage and penetration while absorbing shocks are commonly used for the outer shell. Plastic composites reinforced with carbon or glass fibres are increasingly replacing ABS (acrylonitrile butadiene styrene), which is now only used for the movable parts that protect the face and neck. This initial barrier is completed by an internal layer of foam designed to absorb the energy of the impact. Although expanded polystyrene was often used in the past, it has now been replaced by polypropylene foams whose greater resilience offers long-lasting protection. 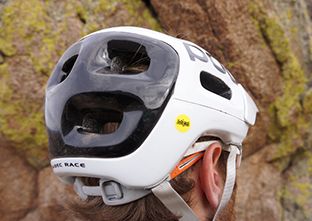 Former researchers from the Royal Institute of Technology in Stockholm have developed a final layer of protection marketed under the name of MIPS Brain protection system by leading helmet manufacturers.
The Multi-directional Impact Protection System protects from angled impacts that most often occur during falls and which, through rotation, lead to serious head injuries. To protect the head, the helmet is affixed, through aramid fibre fasteners, with a third shell moulded from an antifriction fluoropolymer which, when it comes into contact with the head, can slide regardless of the direction of the impact./p> 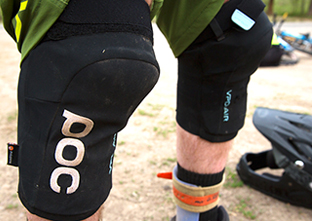 Protective accessories are not exclusively designed for beginners. They are also essential for practicing extreme and dangerous sports derived from skating and mountain biking. Although skaters, who enjoy adopting a cool look that fits in with street culture, often only wear a helmet, fans of enduro or mountain biking don't hesitate to dress up like Robocop. Leg guards, elbow pads, knee pads, and more such protections are in fact mandatory for competing in events.
Much like the helmets, these protections have an external ABS shell designed to absorb impacts. They may even have several articulated shells when the protection covers the whole articulation and a portion of the limbs. This shield is most often attached to an ethylene-vinyl-acetate (EVA) cushion sheathed in stretchable and flexible fabric made from neoprene or elastane fibres, with Velcro straps. 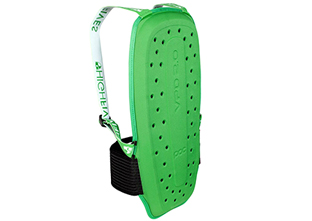 Given that they are exposed to similar falls as those experienced by motocross riders, bikers have begun using a reinforced breastplate lined with a back protector which sometimes comes in the shape of a vest or jacket. It is on this type of equipment that leading manufacturers exhibited their most innovative material, by replacing the EVA foams with a flexible viscoelastic polymer paste which hardens under the effect of an impact and subsequently returns to its original form. Ideal for taking a tumble and moving on swiftly!