Polymers stock up on energy 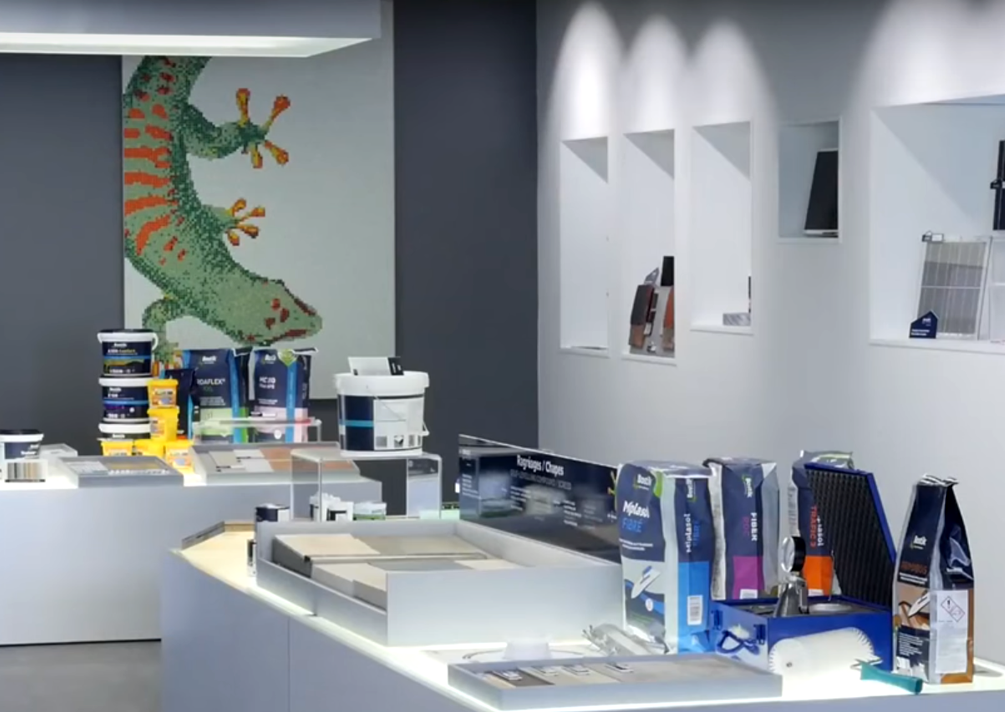 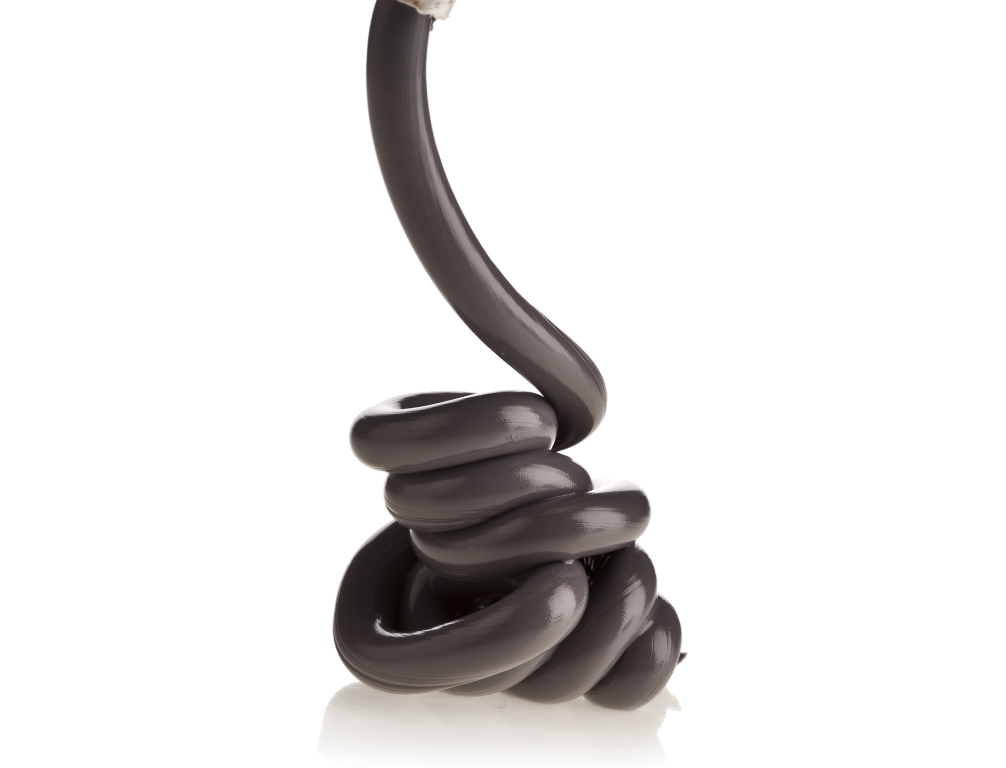 Bostik does have a few aces on its hands in this regard, given that it specialises in manufacturing adhesives, sealants and other binders. These polymer-based products, intended for assembly work, are used in every part of a building, where they bind various materials and components and act as the interface between the inside and the outside. This is an ideal situation for evaluating the interactions at work within a house, and the effectiveness of innovating construction systems.

A plastics lab devoted to housing

No manufacturer tests all of its products simultaneously on the same test bed. It would be a waste of time as each has its own specific area of use and therefore meets very different performance criteria. The boldest manufacturers will simply make prototypes, often used to impress.
This is not the aim of the Smart House, built next to the Bostik Smart Technology Centre, in France, shortly after the company was purchased by Arkema in 2015. This 160 m² experimental house acts as both a laboratory and a life-sized simulator. It serves to evaluate the in situ behaviour of around forty products intended for the construction industry, manufactured in the group's various subsidiaries or currently under development with its partners.

First, and foremost, among these are the adhesives, sealants and other organic coatings in which Bostik specialises. In addition to its vocation as an experimental test bed, the Smart House is also a showcase for this collaborative research and development policy.

Polystyrene cuts isolation down to size

The Smart House is, undoubtedly, one of the few buildings in the world that has four international certifications: the British Leed and Breeam environmental quality labels, and the European BEPOS and Passivhaus thermal performance labels. The first is awarded to positive energy buildings, and the second is awarded to buildings which consume less than 120 kWh/m²/year, domestic appliances included, 15 of which at most solely for heating.
In order to achieve this level of energy efficiency, the designers focused their efforts on the building's envelope. They opted for a construction system developed in Canada which incorporates the insulation into the masonry. The concrete is poured directly into the reinforced polystyrene formwork blocks. 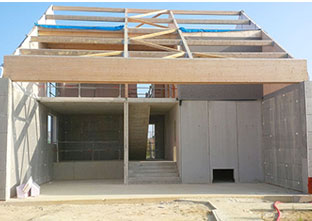 Arkema put its own spin on the process in order to improve the concrete's performance in this respect. It can therefore test the combination of superplasticisers, intended to increase the concrete's fluidity, with an additive that prevents bubble formation, one of the major causes of water infiltration. Inside, this type of insulation is also the ideal test bed for assessing the action of the new insulating levelling coating, developed by Bostik.

Insulating glass, a glass too many for the environment 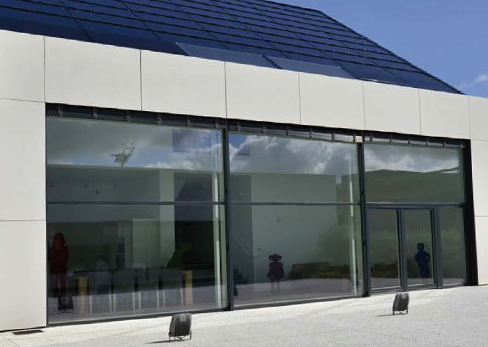 In addition to its photovoltaic roof, the Smart House has a south-facing full glass façade. The aim: making the most of the sun's rays, both in terms of light, and especially, thermal comfort, the main source of energy expenditure.
This system enables the effectiveness of the sealants intended for use in the assembly of triple glazing and at the intersection between the frames and the joinery to be tested. Their thermal performance is largely dependent on the stability and water-tightness provided by these organic materials.

The constant quest for improved insulation does have its drawbacks, however. The systematic use of high-performance glazing can be incompatible with an environmentally-friendly approach as a result of excess weight and overconsumption of materials. The need to reduce weight is a new avenue to explore for plastics, and for experimentation in the field. This is all the more obvious when certain European triple-glazing manufacturers believe they’ve solved the problem by replacing the middle layer of glass with a plastic film and consequently decreasing the triple glazing's insulation properties. 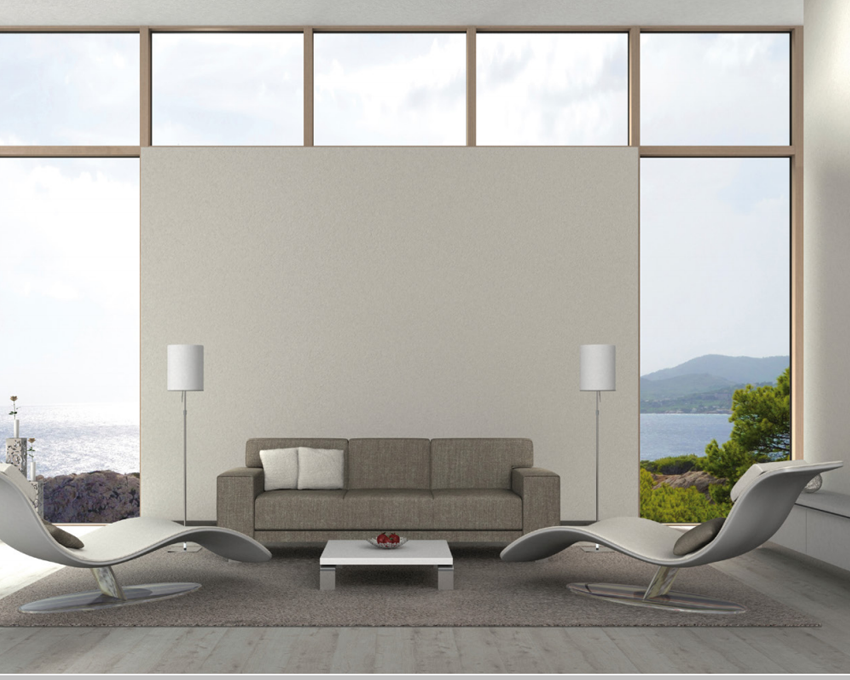 Glued façade panels get the vote 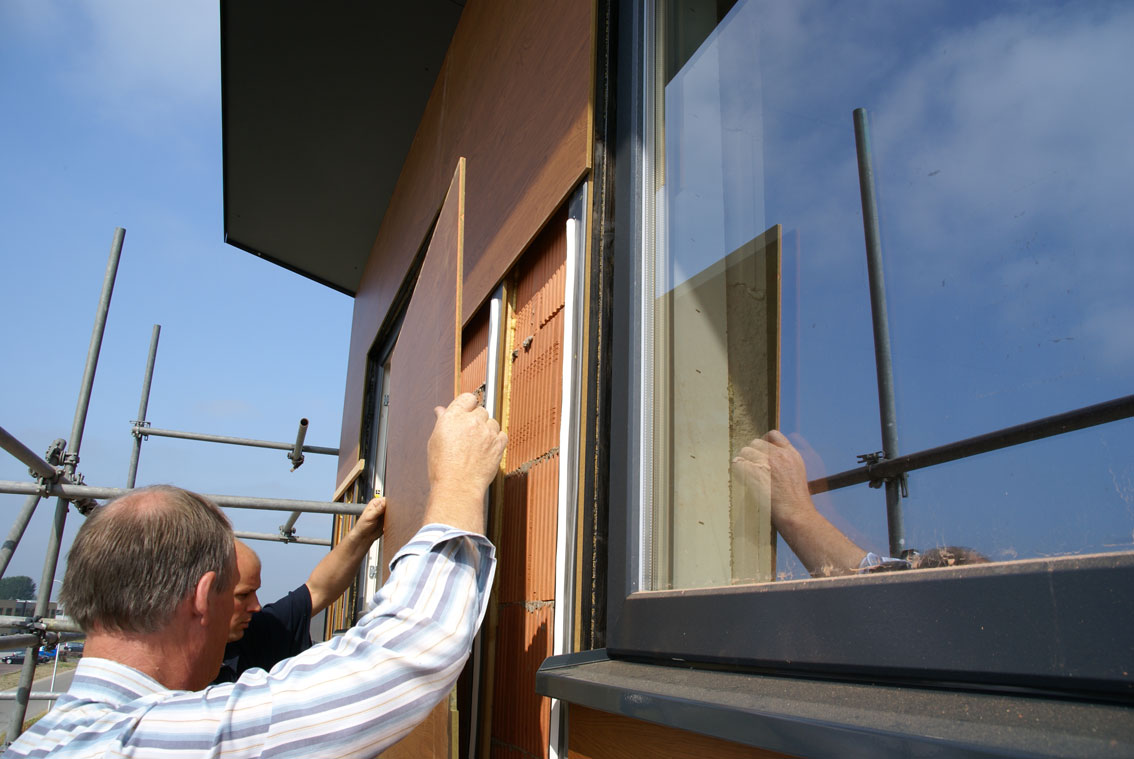 Exterior insulation also makes extensive use of elastic bonding for the panels of ventilated façades. They are attached using double-sided tape and then permanently affixed using an MS polymer sealant compatible with various materials: wood, aluminium, fibre cement, wood composite, stone, etc.
The process enables thinner panels to be quickly placed on lighter load-bearing structures, without using mechanical fasteners, and ensures a year-round level of thermal performance equivalent to that achieved using more complex and heavier conventional systems. Laminate façade panels have been given an acrylate resin-based finishing treatment, without solvents or water, that dries under the effect of an electron beam..

This instantaneous and energy-efficient industrial drying method helps considerably reduce VOC (volatile organic compounds) emissions throughout the panels' life cycles. This is why it is important to conduct an in situ assessment of the duration and performance of the polymers and resins used in these new processes. 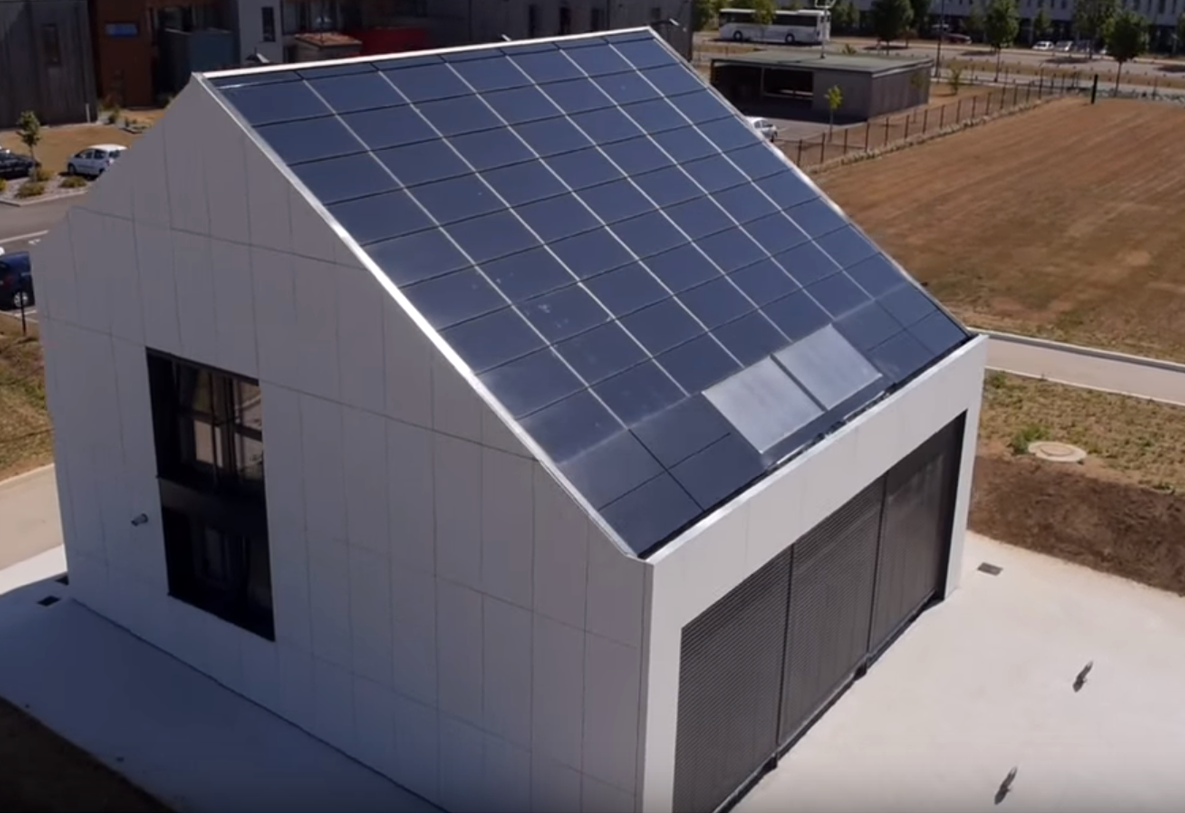 Although insulation is a priority for reducing energy consumption, first and foremost linked to heating and, increasingly, air conditioning, the quest for efficiency also involves the production of renewable energy. Its first aim is achieving energy independence for a building, and subsequently storage and sharing of excess energy. This is the aim of the second battery of tests conducted in the Smart House, using scenarios that simulate a family of five's domestic energy needs. The tests mainly involve the production of photovoltaic electricity. B
The house's roof is covered with 63 panels selected to compare the various combinations of polymers which are needed to manufacture the panels. While the rear insulating layer is made from a single fluoropolymer, such as Kynar, several solutions are competing for supremacy.
To encapsulate the cells, or protect the electrical circuits, for instance, it is possible to use the conventional combination of ethylene-vinyl acetate (EVA) with a crosslinking agent, or a nanostructured thermoplastic polymer designed for "thin-layer" panels and which are compatible with many industrial processes.
In the same vein, the in situ tests are key for further improving the performance of acrylic resins (PMMA) used as alternatives to tempered glass for the panels' transparent covering.