Polymers: partners of the robotic revolution

Robots a not so novel presence

They're everywhere! No need to panic though, robots are still benevolent and are still programmed to help Man with his most troublesome and ungrateful tasks. Here's a quick history lesson: the word "robot" actually comes from the Czech "Robota", which can be translated as forced labour. Although BB8, the famous round robot from Star Wars remains a distant and remote possibility, other robots have had a place in our homes for decades. From the simple and rudimentary food processor to the ultra-sophisticated robot pool cleaner, they all have one thing in common: they are a great help and largely owe their success to the incredible properties of plastics. Nowadays, humanoid robots are becoming increasingly common. They also have polymers to thank. 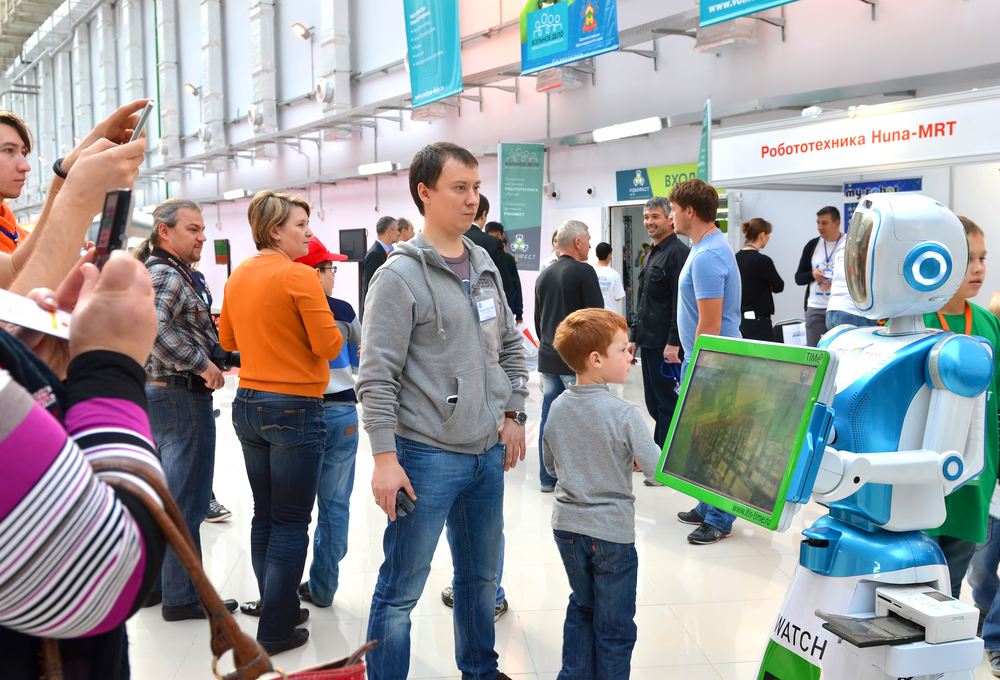 Polypropylene brings grist to the mill 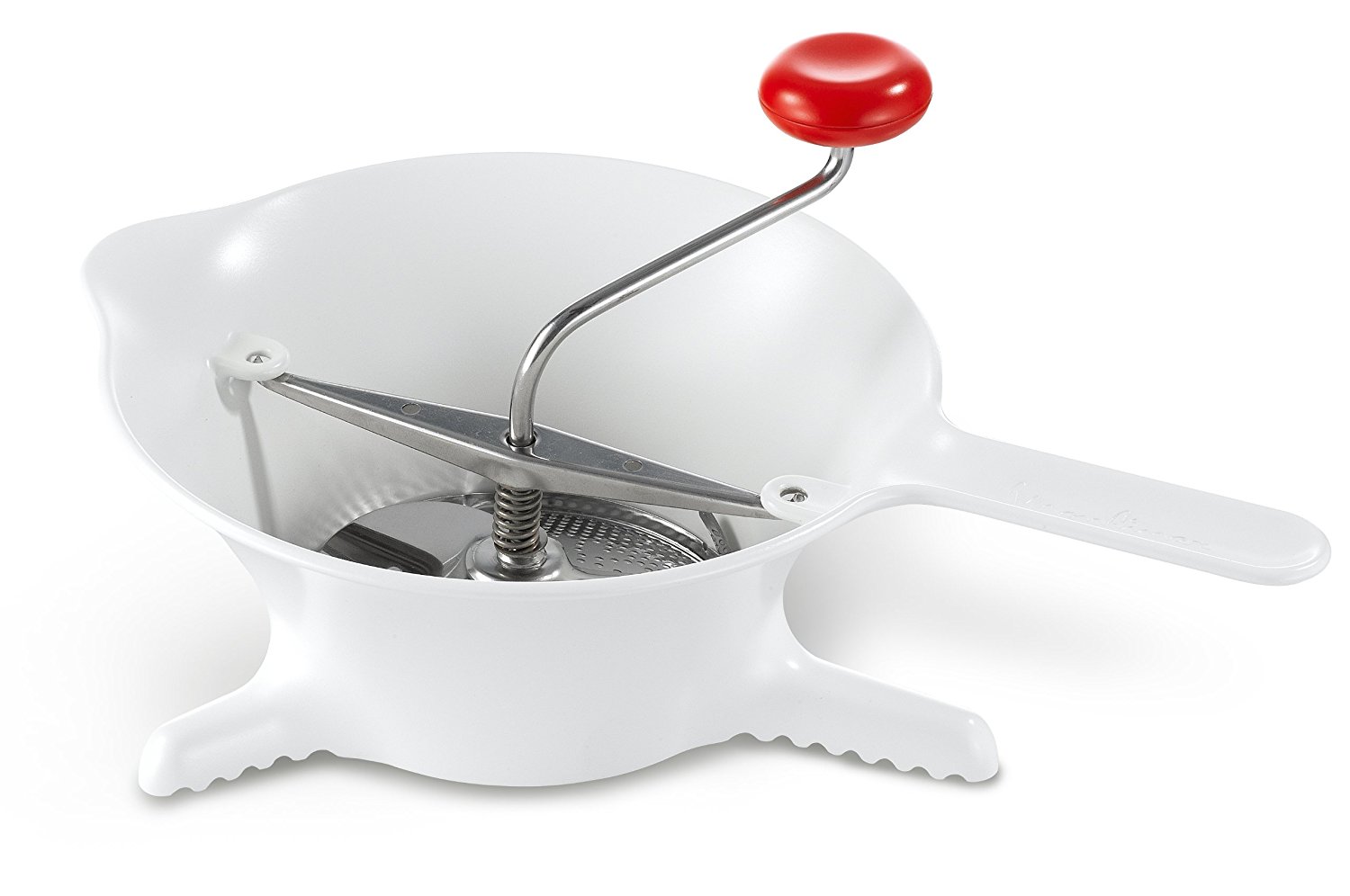 after the Second World War, the developed countries felt a desire for modernity. Mass consumer society was going full steam, and bringing with it a small revolution! New kinds of gadgets appeared every day, although few would survive for long. Certain visionary entrepreneurs managed to make their inventions last, creating real success stories. Take the case of Frenchman Jean Mantelet, the founder of Moulinex, who, by inventing the food processor, would become the "liberator of women". Of course, the invention dates back to the 1930s, at a time when the plastics industry was still taking its first steps. Therefore, the first food processors were made from galvanised steel. Despite the startling success of the invention, its creator would not rest on his laurels and would continue to refine it well into the 1960s, creating a version made from a particularly modern material: polypropylene.

The material was easier to wash, inert, resistant to the ravages of time, and could be coloured in any of the fashionable colours of the time, in oranges and yellows. This would be the beginning of worldwide success, and the food processor would soon be found in millions of kitchens throughout the world, and many still consider it to be the first food processor.

A stroke of luck for polymers

Quickly, and quite logically, the invention was improved by the addition of a motor. The food processor, as we know it, was born! In the 1970s, 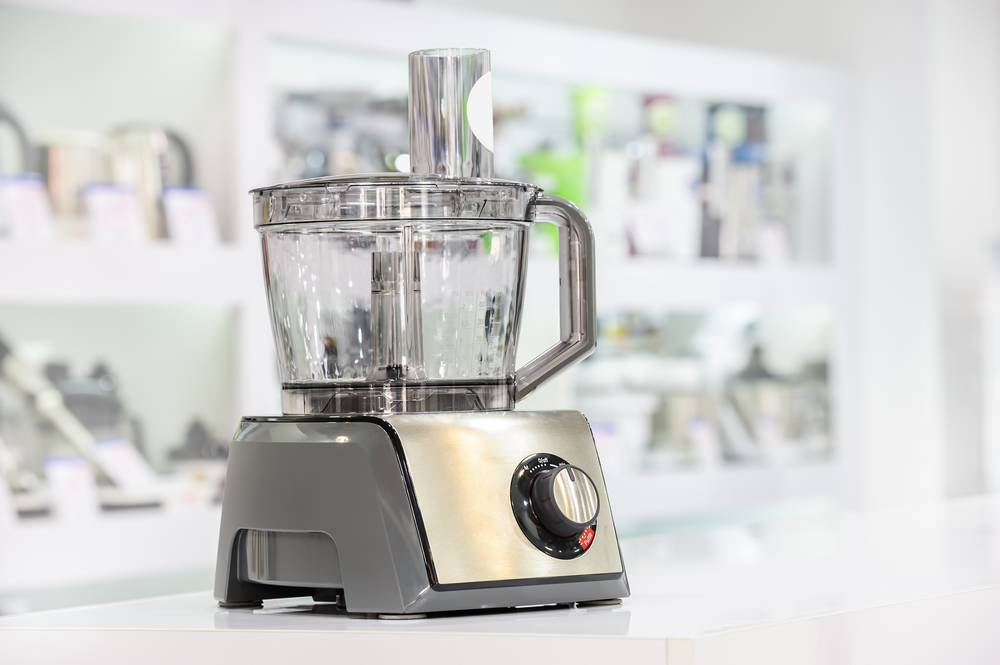 it became a star and was high on the list of all wedding gift lists. It started lean and was built around a motor with a metal blade used for chopping or blending, and a transparent bowl made from polycarbonate or polyester. Being inert and able to withstand relatively high temperatures, like those of just-cooked vegetables, for instance, polycarbonate is also durable enough not to split or break after a fall. To this day, it remains the go-to material for manufacturing all types of bowls and blenders. Thanks to its success, the food processor continued to evolve, and was even fitted with a heating element. Although some polymers are resistant to very high temperatures, the bowls are made from metal for purely economic reasons.

Nevertheless, many accessories, such as covers and cooking baskets are made from various polymers chosen for the ease with which they can be moulded, and therefore the many possibilities they offer in terms of design. This also holds true for the body of the appliance, which is often made from ABS for the same reasons. And this is not insignificant, because, as fashion dictates, the owners of such hi-tech multifunctional food processors generally like to give them pride of place on their worktop.

This pride can also be seen in those technophiles with a desire to free themselves from a number of household chores. Having made their first appearance around 2010, cleaning robots still have a timid presence, not due to a lack of effectiveness, but rather because their status as new technology means that they are still expensive. Although it may not seem like it, they are true robots as they are autonomous and entirely manage the cleaning of a home's floors. Of course, they largely owe their autonomy to electronics, but they could not have been designed, or would have been much less effective, without plastics. The models from British firm Dyson are equipped with tracks made from elastomer, a flexible polymer that grips all types of surfaces and ensures that they stay perfectly on course. Depending on the model, the brushes, made from either vinyl or carbon fibre, are materials that naturally gather dust through an electrostatic effect. 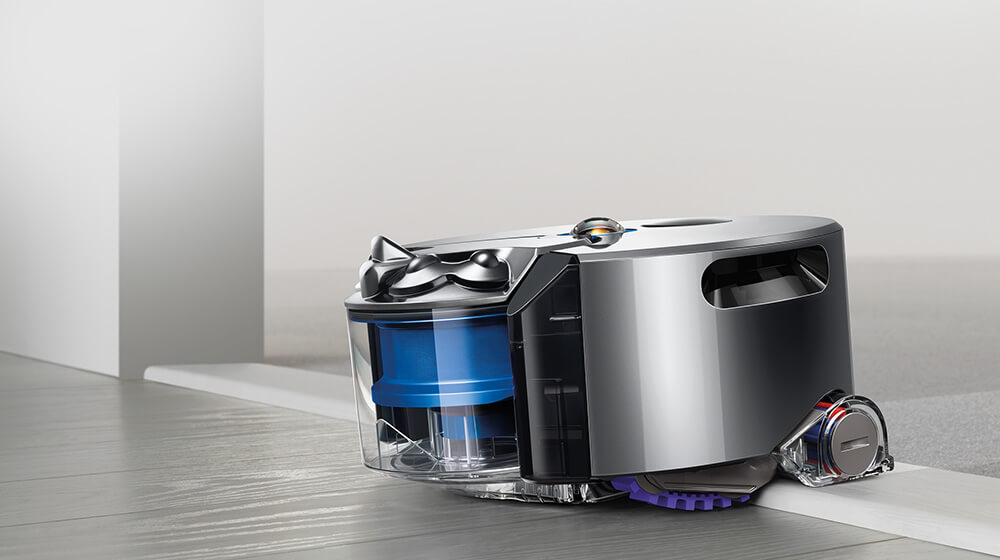 The various casings and other receptacles are made from plastics, generally ABS, which is a polymer known for its shock-resistance. Plastics are indispensable, as all of the vacuum cleaners draw their energy from batteries. Therefore, they need to be as light as possible in order to gain greater independence.

Autonomous lawnmowers, which, incidentally, greatly resemble their cousins the vacuum cleaners, have to contend with the same issues 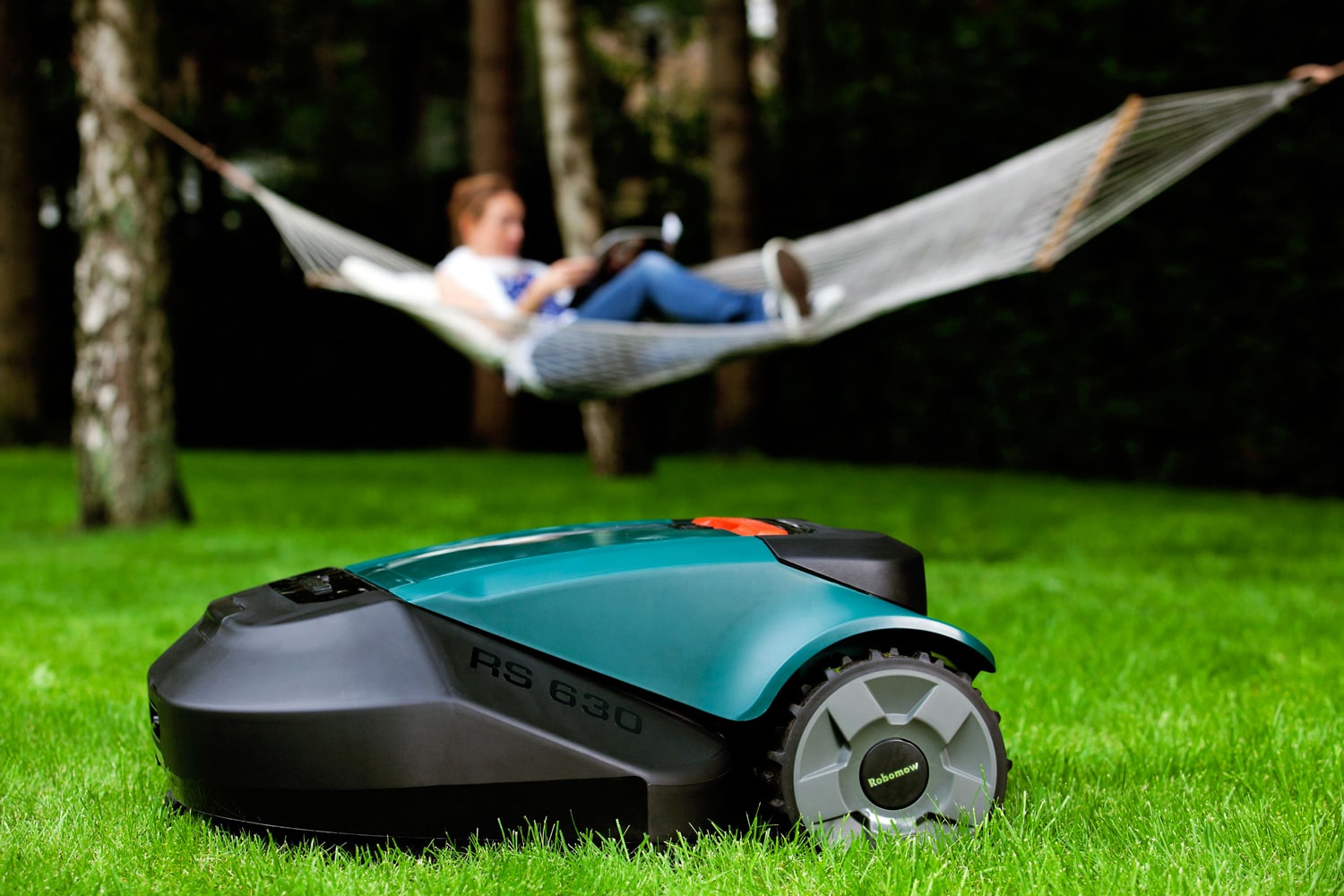 The principle remains the same: the robot uses its many sensors to manage the surface to be mown and its own energy consumption. Of course, the blade is made from metal rather than plastic. However, the cutter decks on high-end models are made from xenoy, a technopolymer that is highly resistant to impacts, corrosion and UV rays made from a mix of polycarbonate and polybutylene terephthalate (PBT). PBT is a thermoplastic polymer belonging to the family of polyesters generally found in insulated parts such as switches and contactor housings. It is twice as light as aluminium, and even more durable than polypropylene and ABS.

Additionally, xenoy can be manufactured from recycled PBT. The search for new materials based on recycled resins is a priority for many manufacturers, as the manufacturing processes consume less energy and will enable tonnes of plastics to be recycled in the long term.

Mowing the lawn and housework are some of the most hated chores. 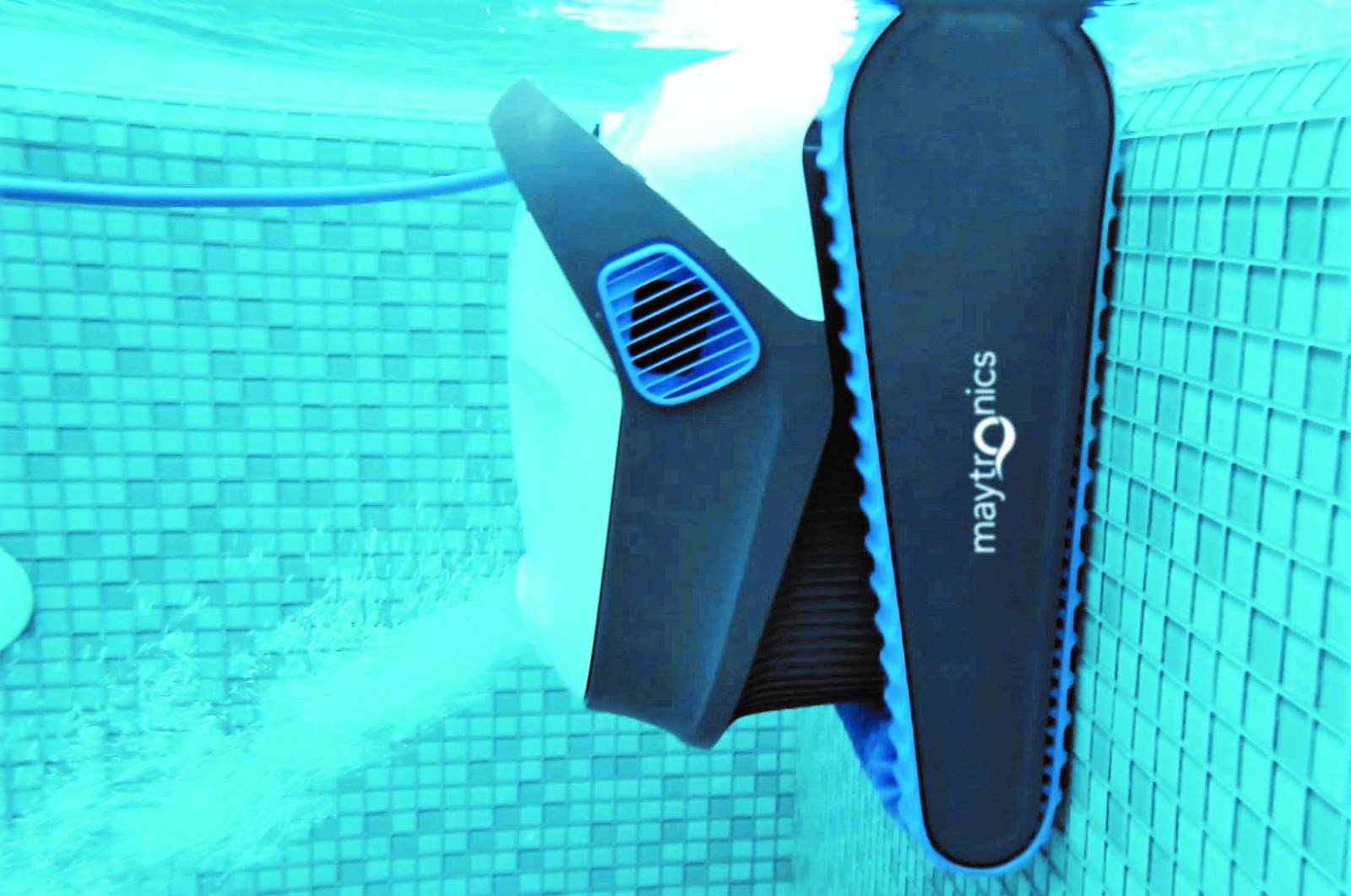 Cleaning the pool, for those who have one, is also high on the list. Increasing numbers of Europeans have been getting private pools over the years. This no doubt explains the undisputed success of automatic pool cleaners. Since they spend most of their lifetime underwater, it is easy to see why plastics are used for most of the immersed portion of the device. Like the lawnmowers and vacuum cleaners, the automatic pool cleaner is also autonomous. Although plastics are particularly suited to the underwater environment, not all of them can withstand the effects of chlorine. High-density polyethylene (HDPE), a common polymer, is robust and offers remarkable resistance to the effects of chlorine.

This is why it can be found in all parts of the device, from the casing to the gears and wheels. The parts that wear, such as the various filters, are most often made from polyurethane foam, or from elastomer on those models equipped with tracks enabling the automatic pool cleaner to stick to the bottom and improve its effectiveness.

After revolutionising mobility by creating the first mopeds and three-wheeled motorcycles, Italian brand Piaggio is making a foray into the world of robotics. Christened Gita, this friendly-looking cylindrical robot is 66 cm-tall and has two side wheels and a central trunk that can hold or carry a load of up to 18 kg, and can travel at a maximum speed of 35km/h. It has an autonomy of eight hours. However, Gita's main feature is its ability to follow its owner everywhere thanks to various ultrasound-based proximity sensors and on-board cameras. A similar concept was also developed by luggage manufacturer Samsonite which incorporated the system into is famous polypropylene suitcases. As for Gita, it is hard to say from which plastics it may have been made. We are willing to bet that among them is a highly durable and shock-resistant polymer such as ABS or polycarbonate. 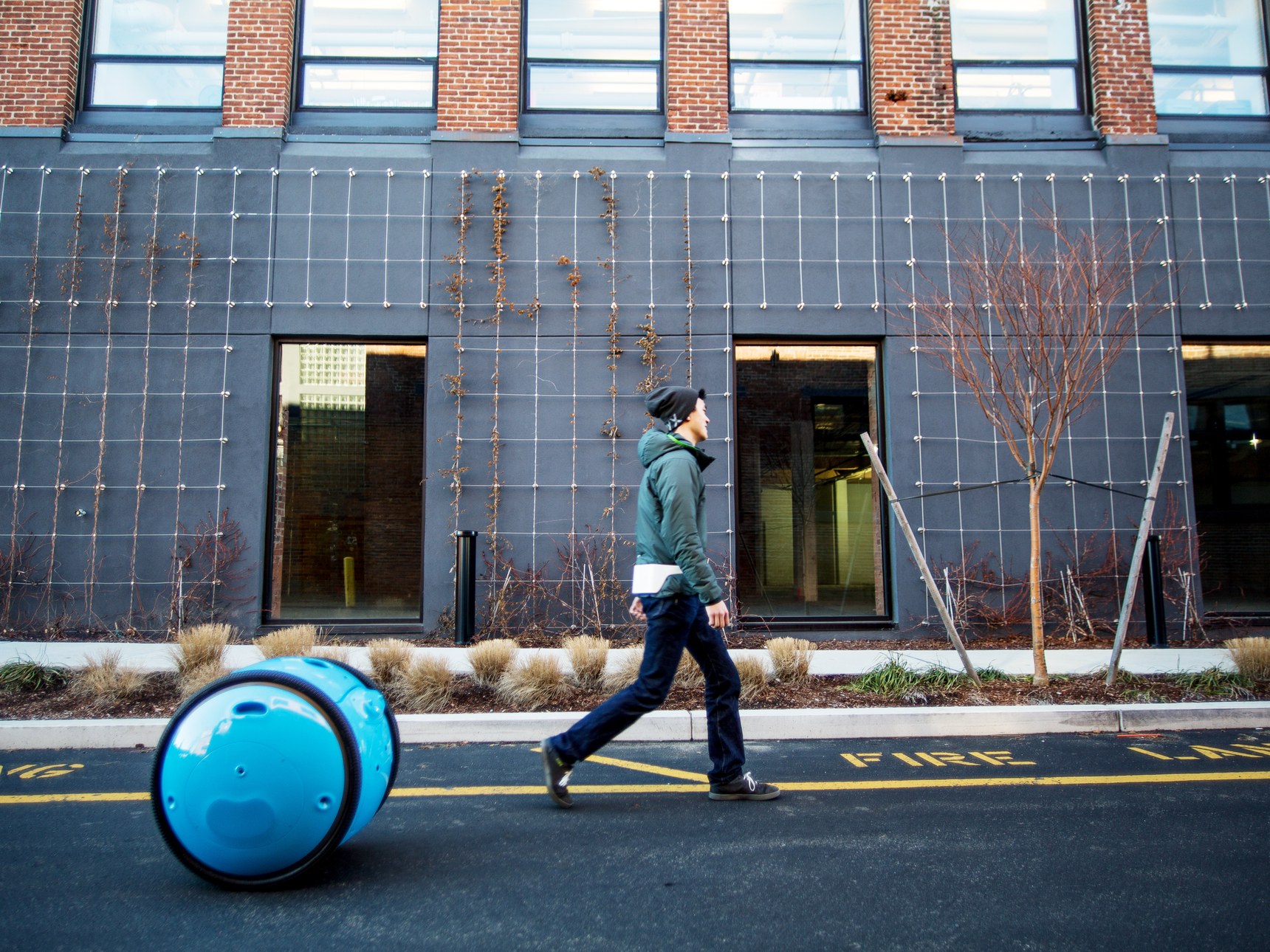 One thing is for certain, however, the designers could never have designed such an originally-shaped and complex robot without plastics.

Read the part 2 Close encounters of the Third Kind for plastics
The feature's sections
Share this article
Subscribe to our newsletter
Register
See similar articles
Read the previous article The Smart House puts plastics to the test
Read the next article Plastronics, an electronic love letter to plastics