Bioplastics – it depends on what you mean

The first thing to get right is that the word "bioplastics" means two different, easily-confused things.
It can mean either what are known as “bio-based” plastics produced from agricultural resources which are usually renewable, or "biodegradable" plastics.
The former refers only to the origin of the raw materials from which the plastics are manufactured, whereas the latter is all about their end-of-life. The main idea to understand is that a bio-based plastics may not be biodegradable and a biodegradable plastics may not have been bio-based.
While biodegradability was the big thing at one time, it has now become clear that its value is restricted to a limited number of applications. That is why this article mainly focuses on bio-based plastics. 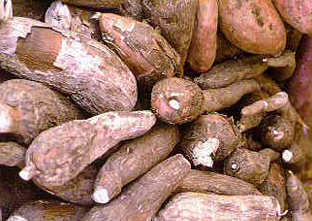 Organic is nothing new

You might assume that bio-based plastics are a new development. You’d be wrong - some were used in man’s earliest times. The latex ball used by Mayan pelote players, for example... And even before that, the Neolithic tools assembled with plant resins, rivalled, even then, in the Middle East by bituminous mastics.
Throughout history, man has looked to biomass to meet his needs and to innovate. Biomass is the whole of living matter:plant and animal. About 172 billion tonnes of organic matter is produced a year, of which we currently use only 3.5%, mainly for food.

The first industrial plastics were "organic" too

As the industrial era dawned, chemists looked to biomass for the first artificial polymers like celluloid - the first plastic created in 1856 from cellulose nitrate and camphor or galathite, a biodegradable polymer derived from a mixture of formalin and casein, the milk protein. Its ivory-like appearance earned it widespread use in costume jewellery in the Roaring Twenties. It is still used by a few nostalgic button makers...and, unfortunately, forgers! 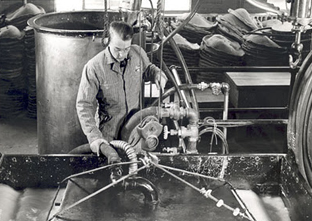 Plants were also turned to, during the Great Depression in particular. The work of pioneers in "chemurgy", like the black biochemist George Washington Carver, enabled Henry Ford to make plastics car parts derived from soybeans! 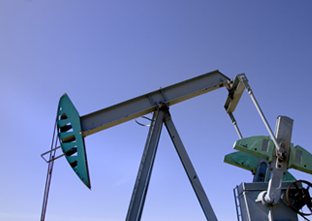 Plastics can be made from many different resources...as long as they contain carbon.

In less than a century, fossil resources became the default basis for the manufacture of almost all plastics. Gas in the United States, coal in China and oil refining in Europe were low-cost sources for most of the essential intermediates for plastics manufacture, and included such household names as ethylene, propylene, butadiene, benzene, ethanol, acetone, etc. ...

The 265 million tonnes of plastics consumed each year require only about 4% of the fossil resources extracted in the world to manufacture. But growing scarcity and the rising cost of raw materials has put the manufacture of plastics, based on renewable raw materials, firmly back centre stage. So, are "bioplastics" set to make a big comeback?