Counter-culture has a paradoxical effect. At a time when many people fled consumer society on the paths of Kathmandu, most other people embraced its delights, thanks to an aesthetic design in which, according to Billand, "the imagery of space exploration and psychedelic images eventually blended together in the shape of the circle and its variants." IN 1970, JVC's "Videosphere" television, mimicking the shape of an astronaut's helmet, squared the circle by encasing the CRT's cube in its perfect ABS sphere to provide a truly global visibility of the world in all places, from the bedroom to the office. 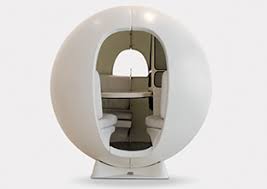 More ambitious still, in the following year, architect and designer Maurice-Claude Vidili claimed to revolutionise the home with his "Isolation Sphere", a polyester and fibreglass shell lit by Altuglas portholes. More than a place in which to seek isolation, it is a comprehensive piece of furniture with all useful connections which can be used inside or outside, as a boudoir, a workspace, or a place for meditation or for receiving guests. Organic materials in the truest sense of the word, plastics offered an ideal substrate to design this unreal world populated with spherical objects, bubbles and capsules. This era would soon end with the geometric rigor and spirit of calculation once again taking over through materials more suited to the more structural design of the 80s.

The hedonistic design of the 70s, with its trippy aesthetics, also hoped to defy the laws of gravity. Mainly through seats whose comfort relied on postures in which the body was suspended rather than supported. Since Bauhaus, this has led to designers combining the "cantilever" notion with the art of the fold. Plastics were more suited to this approach than steel, and the Cantilever chair designed by Danish designer Verner Panton is, without a doubt, its highest expression: it is comprised of a single folded sheet that is able to provide stability on the floor on one of the curbed edges, comfortable support thanks to its ergonomic shell and, of course, the possibility of being stacked with others of its kind. An archetype of plastic design, it has, since its creation, been manufactured from fibreglass-reinforced polyester, then cheaper polystyrene and structural polyurethane foam before its marketer, Vitra, opted for polypropylene in 1999.

Plastics welcomed into the fold

In the same vein as the Cantilever chair, all polymers would be called on to express the variations of the art of the fold. The "Floris Chair" suite, made from fibreglass-lacquered resin, by German designer Günter Beltzig, seeks to remind the world, with its floral patterns reminiscent of Art nouveau, that a tripodal piece of furniture is never wobbly. Others, such as Frenchman Bernard Rancillac and the Franco-Czech Ruth Franken expressed a more playful design seeking ergonomics in mimicry or figurative shapes. More sober in appearance, the "Plastic Coffee Table" designed by the Italians Cesare Leonardi and Franca Stagia hesitates between the Zen art of origami and the more baroque art of drapery.

Pioneers of radical architecture, the Englishmen who founded Archigram designed mobile interiors, some of which were foldable and even portable. Obviously, they would never see the light of day. All that would remain would be the desire to adapt the city and interiors to socialising founded on the creed of mobility. This idea tickled several designers at the time, and they tried to bring it to life through inflatable furniture. In 1962, Verner Panton unveiled a transparent PVC inflatable ottoman that could be converted into a bed. However, the concept would only really take off in 1967. By using compressed air instead of lead and mercury, too toxic to measure the structural deformations of a scale model of a large dam, the brilliant engineer Nguyen Manh Qhanh, also known as Quasar Khahn, came upon the idea of using air in the world of design.

In the process, he created the "Aerospace" range of inflatable PVC furniture, whose chair would be made famous in a comic scene in a mainstream film. In the same year, the Aérolande group, created by three Parisian students of the École des beaux-arts: Jean Aubert, Jean-Paul Jungmann and Antoine Stinco, unveiled its "Tore" inflatable ottomans and chair in the Galeries Lafayette. A few days later, the Croissant chairs designed by Bernard Quentin welcomed visitors at the French pavilion of the World Fair in Montreal. Italy would be no exception. In 1966, Marcello Mastroianni was able to test the comfort of Piero Poletto's transparent ottomans in a scene of "La decima vittima". The following year, the quartet of Milanese architects who supported the notion of anti-design presented their famous "Blow" chair marketed by Zanotta.

Plastic takes on all comers

The radicalism at work at the turn of the 70s inspired pioneers instead of marginalising them. Shortly before his death, Milanese designer Joe Colombo, at the height of his fame, did not hesitate to join the young Florentine school of anti-design, a movement that, according to France Billand sought to "break with the dehumanised functionalist approach by asserting the primacy of design over architecture." They would soon be overwhelmed by the proponents of "Controdesign" led by Alessandro Mandini, the proponent of highly ornamental design with historical influences, which sometimes led to the creation of extravagant objects such as the "Cactus" line of expanded polyurethane coat racks designed by Guido Drocco and Franco Mello for Gufram. 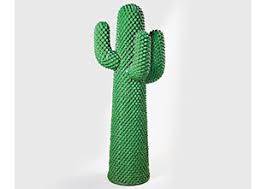 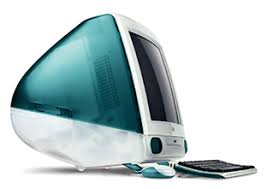 This iconic creation of decorative objects intended to fill "trendy" interiors would be the swan song of the hedonistic interlude before the spring clean of the 80s. It would be over 15 years, and the invention, with the iMac G3, of the objects of the digital era before plastics would once again find their place in the world of design.

Read the part 1 The Plasticarium collection, a showcase of artistic creation
The feature's sections
Share this article