A huge mistake in the dose !

The story goes that it all began in 1974, when a young Korean student at Tokyo Metropolitan University in Japan, on the point of preparing polyacetylene (an organic polymer), made a mistake with the dose. Still, with a poor understanding of the subtleties of the Japanese language, he misinterpreted the instructions and made a mistake (by a factor of 1 to 1,000, no less!) in the dose for one of the reagents.
Result: instead of a black powder appearing, the now-familiar form of polyacetylene, a pretty silver film emerged. The first polyacetylene film was born!
Somewhat confused by his error, the young student was still a long way from knowing that his “discovery” would give rise to a host of reports in scientific reviews and, some thirty years later, would lead to a Nobel Prize for chemistry. 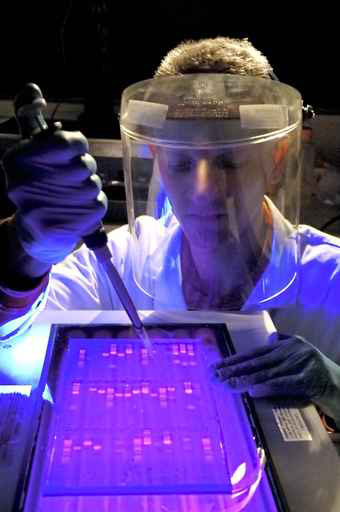 The sharp eyes of Hideki Shirakawa 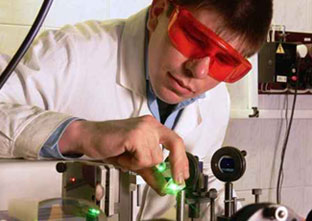 Luckily, this university laboratory was headed by Hideki Shirakawa, who decided to study this new kind of plastic film a little more closely rather than throw it in the bin. He therefore presented this “find” at different congresses, which aroused the curiosity of chemist Alan MacDiarmid and physicist Alan Heeger, both teachers at the University of Pennsylvania (Philadelphia) who had been working for some time on the electrical conductivity of non-metallic materials.

Supposing that this new material could have interesting properties in the field of electrical conduction (particularly due to the particular chemical structure of polyacetylene), Alan MacDiarmid proposed to Hideki Shirakawa that he join his team. And the path to a Nobel Prize opened up…The three scientists were awarded the prize in 2000 for their discovery of conductive polymers.

How does it work ? 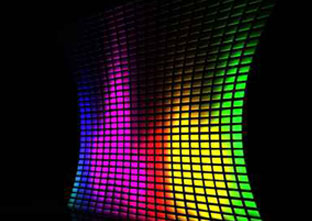 To become an electrical conductor, a polymer must be conjugated. In other words, the chain of carbon atoms must be strung together around single and multiple bonds making the structure of the material fairly comparable to that of silicon. However, this is a long way from being able to produce a sufficiently conductive material.

Another operation is necessary: doping with iodine vapour. Basically, the iodine captures some of the electrons, leaving room for positive charges which allow the electric current to circulate. In this way, “gaps” are formed which can travel along the polymer chain, which thus becomes an electrical conductor. QED!

The principle was therefore established. After years of research, adaptation and fine-tuning, but also false trails, this new technology finally matured and the first industrial developments soon saw the light of day.
One of the most important (if not one of the most spectacular) concerns optoelectronics and more precisely the manufacture of electroluminescent diodes which, once electrically excited, emit light.

This new technology is applicable to a wide variety of polymers on the market. The diversity of their intrinsic properties enables manufacturers to offer a range of specific products (lighting, screens, gadgets of all kinds, etc.).

* Study on electronic components which emit light or interact with it. 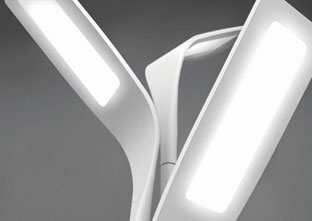 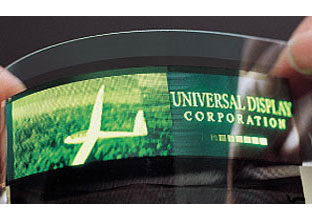 OLEDs (Organic Light-Emitting Diodes) have been causing a bit of a buzz in recent years and have set lots of people dreaming! And the reason is that one of their very latest applications is about to enter many homes in extra-flat television screens, which are even flexible and can be rolled up.
Once again, without plastics this technology would never have seen the light of day. In effect, these innovative screens consist of layers of conductive organic polymers (or to be more precise, semi-conductive) through which an electric field is passed. The thickness of the whole thing is only a few nanometres.

Already, numerous industrial groups have filed patents (mainly Eastman Kodak). This technology is young, however, and there is still room for perfection. One of the major challenges now concerns the lifespan of these OLEDs. At the moment, this is around 14,000 hours as opposed to 50,000 for liquid crystal (LCD) or plasma screens. Research into this is ongoing, however, and Mitsubishi announced a few months ago that it had developed a screen of four metres (diagonally) with a lifespan of 20,000 hours. LCD, plasma… their days are already numbered.

But for lighting too ! 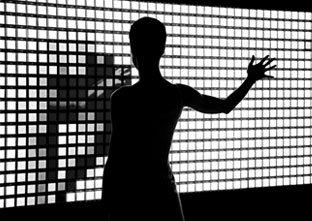 The screen industry is not the only one to be looking very closely at OLEDs; lighting manufacturers are also taking an interest. In 2009, for instance, Philips placed its Lumiblades® on the market: a new type of lighting using OLED technology. Imagine a flexible light source which can take the shape you fancy, comes in different colours and above all, thanks to its uniform diffusion, does not dazzle. Could this already be the end of low-consumption bulbs? There is a good chance that it is, because this innovation is aimed at both lighting professionals who need to illuminate entire buildings and ordinary consumers who see it as an original way of brightening up their homes.

OLED, PLED, PHOLED… A tidal wave on its way

We wager that this technology which, it will be recalled, is developing very quickly, is certainly going to lead to a good many objects, which we still regard as modern, being left by the wayside, so promising are its applications.
OLEDs have hardly left the laboratory and we are already talking about PLEDs (Polymer Light-Emitting Diodes, also known as LEPs: Light-Emitting Polymers). To emit light, PLEDs use liquid polymers placed between two flexible sheets. Polymers of this type lend themselves to quick and cheaper industrialisation.
The manufacturing principle is based on active molecules being deposited on the substrate (the sheet) through the same process as with inkjet printers. 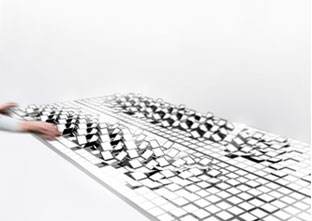 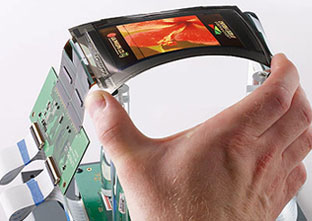 Another derivative of OLEDs is PHOLEDs (Phosphorescent Organic Light-Emitting Diodes), which are beginning to emerge from research laboratories. The latest generation of OLEDs, are very similar technologically. However, PHOLEDs have far superior energy efficiency compared to OLEDs since they allow 100% of the electrical energy to be converted into light, whereas with OLED technology only 25% is converted. More clearly, this means that for the same output these new devices will consume four times less energy. The next generations of screens for smart phones, MP4 players and portable games consoles will be fitted with them. So make way for modern devices with greater autonomy!
The technological revolution is well and truly under way. What will you say to your grandchildren when they find an old glass light bulb in your attic and ask you what it is? Will you even remember?