All hands on deck

For centuries, millennia even, a boat was mainly a work object for fishing, carrying cargo and even waging war. Boating for pleasure and leisure are things our forebears could not conceive of. While manufacturing techniques improved over time, timber, for long, remained the main material, being in plentiful supply and easy to work with. As the great 19th century industrial revolutions dawned, metal gradually came to clad the hulls of larger ships. For decades, shipbuilding would be content with these materials, Until the day polyester came onto the scene. 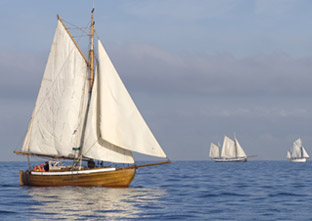 Is it glass – or plastic? 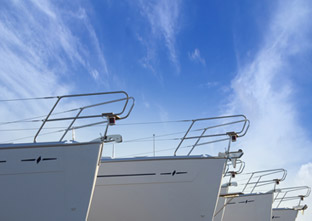 In the 1940s, the chemical industry initiated a revolution that is still going on today. New materials emerged, all destined to become best sellers. Glass fibres impregnated with liquid resin (unsaturated polyester or UP) soon gave rise to the early composite materials. Being particularly robust and cheap, these naturally found a market in the manufacturing industry.

A chicken and egg tale ! 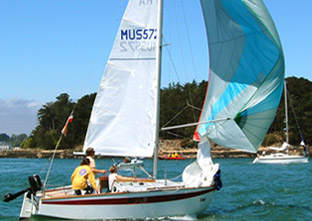 Why did boating enjoy such a boom in the 1950s? Was it the new supply made possible by synthetic materials, or the demand that such a craze was apt to create? Without delving too deep, the answer is a bit of both...

In fact, before polyester “burst” onto the scene, some boatyards had already begun offering mass-produced boats built in marine plywood, a composite-treated wood that, once painted, will not rot in contact with water – proof, if it were needed, that the demand was there.

Marine plywood boats sold like hot cakes, but still had some off-putting drawbacks for the new generation of sailors. Understandably so - the paint is very quickly abraded on contact with the saltwater waves that act on it like sandpaper. As a result the wood loses its protection. And that means the annual chore of sanding down and repainting, ruining many a weekend before being able to breathe in the brine. To have maintenance-free plastic hulls generally available was a boon to boaters. 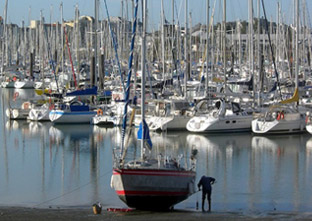 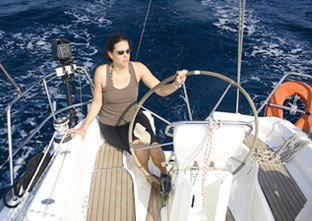 New sailors are all about the enjoyment. They want to get sailing right away with no concerns about anything other than fun. A hull in polyester or epoxy laminate, another type of thermosetting resin that is more flexible and particularly suited to complex shapes, exactly does the business. They have no time for "old style" timber other than for their cabin interiors – something the newly-established boatyards were not about to argue with. In the 1960s, new brands and models regularly emerged to be exhibited with all "bells and whistles" at the various boat shows that popped-up around the world. 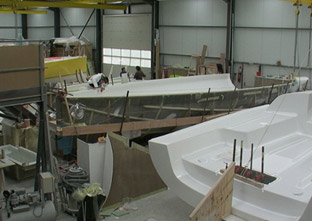 The term “mass production” is a misnomer in the marine industry. The production series of a hugely successful boat may run into a few thousand. This is well short of a car maker’s output. But production lines have very little to do with it. Building a boat above all comes down to crafting a hull. Before polyester/fibreglass combinations grew in popularity, industrial processes counted for little. While the idea of a “model” did exist, each boat was a unique piece that could easily be customized on order. The advent of plastic would change all that. Boats could now be moulded, and hundreds of identical units could be produced from the same mould. At the same time, competition was growing fiercer, and boat-builders had to constantly innovate to be in with a chance.