Agricultural plastics are increasingly the norm in Europe. While the polycarbonate greenhouses and PVC pipes may have a virtually unlimited life, that is not true of mulching or silage films which consist mainly of polyethylene plus various additives for different applications, like stabilizers, or anti-blocking/slipping agents...Most agricultural films are not biodegradable. They need to be recovered after use and specially eliminated, even if only to avoid becoming an eyesore – the point being that polyethylene is mainly carbon and hydrogen, i.e., a neutral plastic carrying no risk whatsoever of chemical contamination of soil. 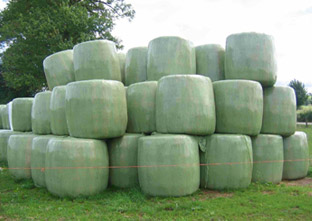 Industry getting its act together 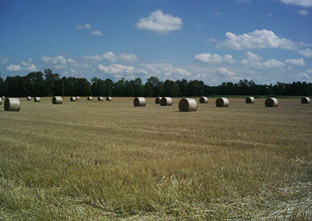 Well aware of the issues and their responsibility, agricultural plastics converters decided to take the bull byits horns and set up a European organization to link national,used plastics recovery sectors. Founded in March 2012, the non-profit Agriculture Plastic Environment (APE) now links together 85% of European plastics converters. Their aim is to get 500,000 tonnes of contaminated plastic, 70% of what is out there, collected by 2022 (against 235,000 tonnes at present). Rather than putting a major European scheme together, which often doesn’t work, EPA has gone down the road of national and regional operational solutions. 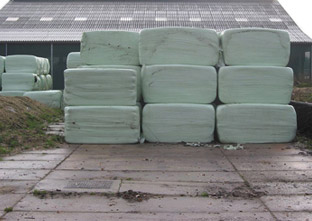 France is already scoring good marks here. Is that because agriculture is such big business there? Clearly so. But that isn’t the only reason. In Europe, Used Agricultural Film (UAF) conversion sectors have already been set-up in Ireland, Sweden and even Iceland...proportionately much less agrarian countries. It really is mainly the combined commitment of industry professionals and government. Adivalor – a voluntary agricultural waste recycling/recovery scheme has been running in France since 2001. It works on the principle of shared responsibility between private farm industry supply players: farmers, who are asked to prepare and store UAFs; distributors who organise their collection; and marketers who, via a specific environmental levy, fund the waste recovery and processing, and Adivalor’s action programme. Adivalor itself specifies the technical arrangements for collection, and organises and funds some or all of the elimination of end-of-life farm supplies.

It also acts upstream in the preparatory and organization stages. It provides operators with communication tools and implements a research and development programme to improve the recovery and recycling of collected waste.  In 2012, 41,500 tonnes of used plastic film were collected and recycled, 61% of the feed stock. These results are on target for the aim of a 75% collection rate by 2015.

Waste not, want not

The problems with recycling agricultural film are less to do with the raw material than the degree of soiling. Used mulching film tends to be covered in earth, which can account for almost 50% of the weight of the waste. In other words, 100kg of unused film can double in weight after use. Once cleaned, it can easily be recycled into new material, but there is not much financial mileage in it. So it usually goes for incineration. And that's no bad thing! At a time of skyrocketing energy prices, waste-to-energy goes to providing heating for towns, greenhouses and generating electricity. That leaves greenhouse and tunnel films. As these are usually not contaminated, they can probably be recycled through existing processors into transport pallets, for example. This is already happening in Spain, a major user of this type of film, where collection rates are touching 70%. The films are often monomer, which are highly popular with recyclers being easy to recycle. 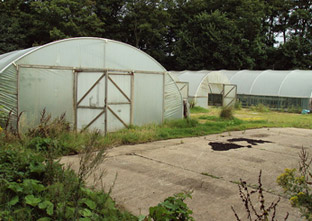 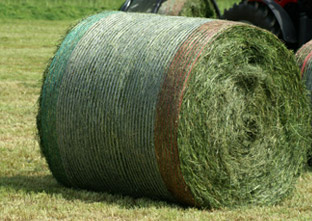 If there is one thing that the agricultural sector as a whole, farmers and industry, agrees on, it is that the future looks bright. And with reason - agricultural plastics use may be recent, but the awareness is already there. Broadly, they are pretty proud of the progress. And rightly so! An association like APE should do much to add to the agricultural plastics success story by developing plans to better manage their end-of-life. Manufacturers, too, are exploring new avenues for developing biosourced, plant-based, and biodegradable plastics. Some are already on the market, and even though costlier, are already winning market share. The reason is that cost is not the only financial factor in play. Producers would rather think in terms of a cost/return ratio over the film’s entire lifecycle. And that ratio is no longer so bad, as farmers who run their farms as real businessmen have come to realise.