Plastics usher in a new age of "making"

Most of our consumer goods are still made by one of two standard processing methods: subtracting material using techniques ranging from traditional sculpting to industrial machining; casting or forging pre-softened material into final shapes.

The new approach devised in the 1980s based on the successive addition of material heralds a clear new departure. Originally intended for design engineers to perform rapid prototyping, it is now inspiring a vast community of "makers" determined to shake up manufacturing methods and beyond that, our entire industrial culture, with additive manufacturing technologies today popularised by 3D printing.

A trend in which plastics have been a leading driver since the very beginning. 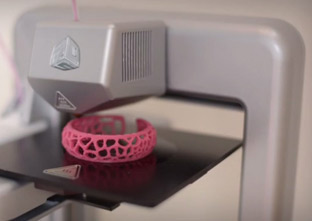 When innovation hangs by a thread 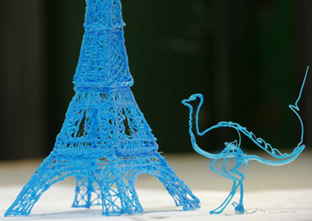 Salami slices to start and custard slices to finish!  This is basically how all 3D printers work. In other words, the machine starts by slicing up the computer-transmitted digital model to reproduce it in built-up layers with the base material, usually a polymer, altered by the appropriate energy source.
Charles Hull, the American inventor of stereolithography (SLA) and founder of 3Dsystem, pioneered the technique, using the principle to develop laser induced polymerisation of photosensitive liquid resin. Long the sole preserve of professionals, this technology is now available on printers selling for under €3000. 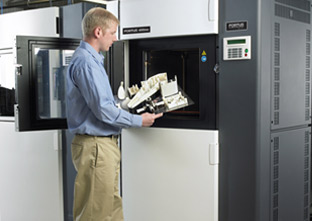 Another method for professionals, selective laser sintering (SLS), uses infrared radiation to fuse small particles of various powder materials: polyamides such as nylon, and also metals and ceramics.
Inspired by ordinary ink jet printers, multi-jet modelling is also a process for professionals in which thin films (2/100 mm) of liquid polymer are not spread but laid down in layers and cured, in contact with UV rays.
At the end of the day, the 3D printing craze hangs by a single thread – the one that feeds into FDM-type (fused deposition modelling) printers. This technique consists of using a micro-extrusion nozzle moving along three axes to deposit the melted polymer from a plastic filament. This is the process used by the many brands competing in the “consumer” printing market.

Plastics always to the fore

The materials used in 3D printing fall into four broad categories: first polymers, used in almost all processes; then metals and ceramics; and finally organic materials used for food or medical applications, etc.
Of the various additive manufacturing techniques, only laser sintering allows metallic or ceramic powder to be used as well as polyamides. Designed for prototyping, stereolithography and multi-jet modelling require liquid resins specially formulated to mimic the behaviour of plastic industry polymers. Polypropylene (PP), for example, is valued for its strength and flexibility but cannot be used in 3D printing because of its heat- and UV radiation-sensitivity, and so is replaced by a polypropylene-like, liquid. 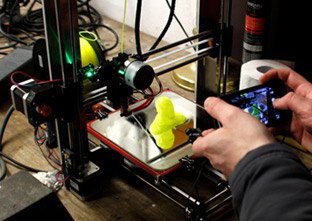 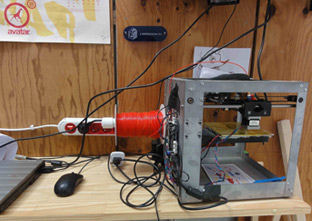 Equipment manufacturers have filed both equipment and raw materials patents, so each one offers its own range of consumables while keeping what goes into them under wraps.
Personal FDM-type printers, using plastic thread, are more familiar to the general public. The two thermoplastics used for most prints are ABS (acrylonitrile butadiene styrene) made popular by Lego, and PLA (polylactic acid), the most well-known of biodegradable plastics. Some models will take nylon. Others, more recent, can process food, like chocolate, cheese, sugar, gelatine and so on. 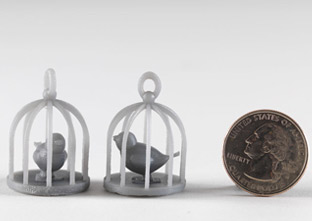 Most are young, some still in their teens, often students. Their idols are in their rising 25s.  "Do it yourself" is less a slogan than an article of faith for them. They are the "makers"...basically engineers, designers, plastic artists, handymen and even hackers who meet up in fab-labs (fabrication laboratories) to turn their ideas into reality using open-source and microprocessors...
The 3D printing pros look down on them with the hauteur of two decades of design office experience working for hi-tech industries. They shouldn’t, because in 2013, with its fanzine Make and the clout of the Internet and social networks behind it, this movement brought together close to 450,000 of these "amateurs" at more than a hundred local and international events worldwide.

In and around these fab-labs is also where the new 3D printing market is taking shape, where new types of printers are being developed to be marketed through crowdfunding - at under €500.
Combining the functions of training centres, consumables stores, and self-service file printing shops, they are also the main channels for orders placed on websites like Hubs. 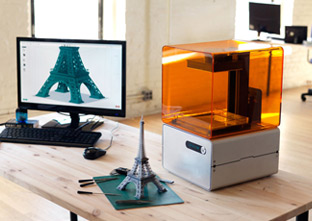 Replicator, self-printing with your weekly shop ! 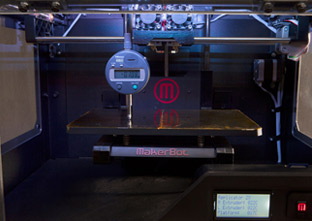 Currently estimated at $2.2 billion, the global market for 3D printing is mainly for hi-tech industry design offices and their service providers who use these technologies for rapid prototyping. But the advent of low-cost personal 3D printers heralds rapid growth.
Whatever its size, this cake - of still uncertain shape, is attracting interest from many sides. The driving force of a wider take-up, many start-ups are challenging the established manufacturers who supply to prototyping professionals with affordable, reasonably high-powered desktop printers... 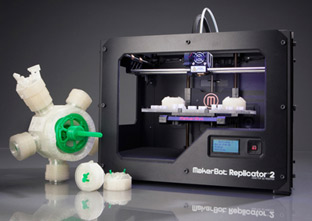 The most talented of these start-ups often get swallowed up by the two industry giants: 3D Systems, a pioneer in stereolithography, or Stratasys which has recently bought up MakerBot, the inventor of Replicator, a must-have machine for 3D printing fanatics.
Budding designers who can’t as yet afford one will soon be able to use one in the 3D print corners that the manufacturer is developing everywhere under its own brand name in the United States, and in Auchan supermarkets in France.

Read the part 2 PLASTICS, NO ACCESSORISING WITHOUT THEM!
The feature's sections
Share this article