Robots are here! And for all Hollywood’s decades of doom-saying, not to invade Earth. Entirely the opposite in fact – they simply can’t do enough for us. And even then, that doesn’t go far enough, because the word “robot” comes from the Czech word for "servitude." Before too much longer, for example, robots should enable people with disabilities regain the use of their limbs. The physiotherapy community is very keen to see such exoskeletons developed. For them, this is as watershed a moment as the discovery of penicillin or the first heart transplant. 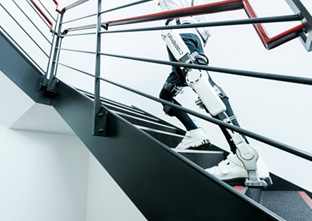 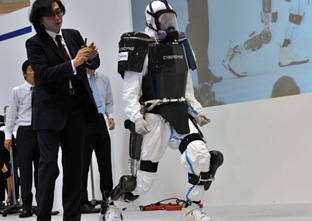 So what is an exoskeleton? As the name suggests, it is an external skeleton (from the Greek word “exo” meaning outside). It is a mechanised structure “grafted” onto a human body that will enable people with mobility impairments to regain the strength to walk. The idea holds great promise, on paper at least, and some models are already in the pre-marketing stage. An exoskeleton is primarily a frame that needs to be as lightweight as possible yet still able to hold the user upright; because the one thing you don’t want is a fall. The frame is fitted with a series of body-like joints: hips, ankles, knees, etc., plus a set of often bioelectric sensors that can detect electrical impulses from the body where a nerve ending transmits an order (move a leg forward, bend a knee, etc.). Obviously, it is battery-powered.

Getting it right requires new materials 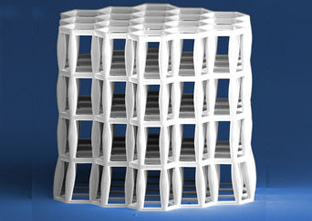 Like anything new, they still need much improvement, as yet being slow, cumbersome and heavy. But there is no shortage of enthusiasm for them, judging by the interest they are getting from a growing number of start-ups as market opportunities proliferate. German researchers at the Karlsruhe Institute of Technology, for example, have taken bone structure as the direct basis for producing a material with a greater density/strength ratio than that of bones and even steel. Still in the experimental stage, the polymer/aluminium oxides composite is particularly lightweight and, although highly porous, particularly strong. Depending on how it is constructed, the new material contains between 45% and 90% air, but is still able to withstand compression loads of around 3kg/cm2 – more than human bones and even steel!

Glaucus: an odd name for a robot! The glaucus we know is a deep sea mollusc. And the connection? Not much, other than the material the robot is designed in. The name is on account of it having no skeleton, but consisting entirely of a multitude of silicone membranes that let it assume any shape. When pressurised, the air flows from one chamber to the next, allowing Glaucus to move. It has much more potential than it might seem, because the robot could act as a connection between a post-amputation stump and a prosthesis. Connected to the residual limb’s muscular system, it could act as a real joint, making it a particularly interesting alternative to exoskeletons, especially for those with above-joint amputations. 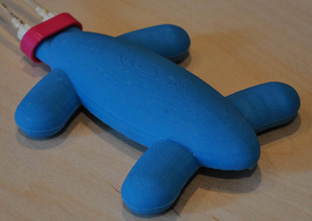 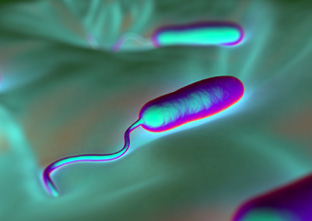 Staying with the medical theme, other, even more astonishing projects are on the way – like a tiny robot that mimics how sperm cells move. The idea is to load it with a drug, with "instructions", to deposit it directly on a diseased cell. No battery is needed, because a rat’s muscle cell is bonded to the robot’s tail to give it a swimming motion allowing this "alien" to move around in the human body. The swimbot’s head is made of silicon and a neutral liquid polymer, polydimethylsiloxane – the perfect carrier for the drug. The American researchers working on this project hope to go even further soon by using the patient’s neurones as a GPS to automatically guide the robot to the diseased cell. 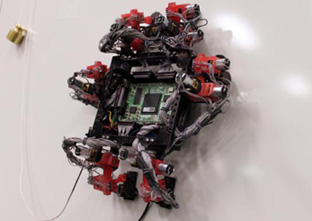 Mother Nature knows best, so you’d say by the many innovations inspired directly by her. First sperm cells, now the gecko – the small lizard with toe pads that adhere to even the smoothest surfaces. This is what the European Space Agency is trying to simulate by creating a small six-legged robot that can climb any surface. This has great potential because once developed, a robot that can operate in empty space could help astronauts with maintenance of the International Space Station. The mechanical gecko’s “toe pads” are covered microfibres derived from an elastic polymer that adhere to any surface by simple pressure - a physical phenomenon known as Van der Waals forces.

Inevitably, robots have already invaded our homes. Autonomous robotic vacuum cleaners and lawn mowers have been around for a decade or more. And that’s just the beginning! Obviously, having a mechanical butler at our beck and call is still a long way off, because robots of that kind are still in research labs as yet. Meanwhile, it’s a matter of toy “robots’r’us”. Firms like Lego and Dash Robotics are marketing robot kits. Alright, these are build-it-yourself jobs, but they have more potential because you can also programme them yourself. And there, your imagination is the only limit. Not to mention the prototypes popping up on video sharing sites. Coming soon - robots to pick-up your socks or able to detect any “intrusion”...While Lego’s business model is fairly straightforward, that of Dash Robotics is particularly smart. 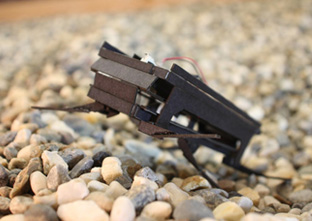 The team successfully developed a "kit body" comprised of a single piece of a new material called SMC for Smart Composite Microstructures and is a sandwich of cardboard, plastic, and adhesive. This technique allows robots to be built simply by flexing and interlocking, a technique that significantly cuts manufacturing costs - the complete kit costs under $70.