Polymers, small details that make all the difference

Change of gear for plastics

How will we travel tomorrow? In a flying car as we have been promised for over a hundred years, by supersonic train, by solar airplane? Maybe, but not quite yet. As is the case in the world of computing, changes in means of transport happen by iteration, step by step, as artificial intelligence continues to evolve. However, progress can also come in leaps and bounds, as is the case for plastics producers. Although autonomous vehicles are a serious objective, the objective of creating a clean, environmentally-friendly vehicle is equally important although slightly less spectacular. This is where polymers shine. Better still, by often serving as replacements for a surprising number of metals, they are now absolutely crucial. 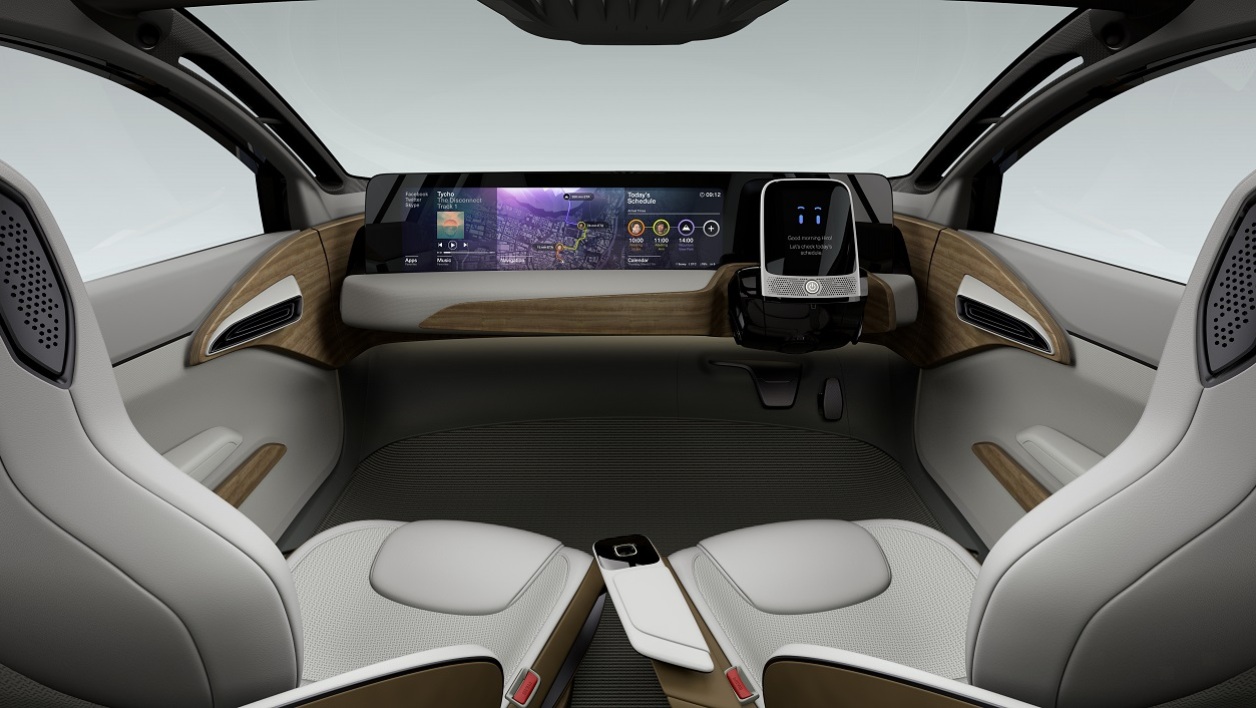 Polymers come out of the rut

Polymers have long been present in all sectors of transportation 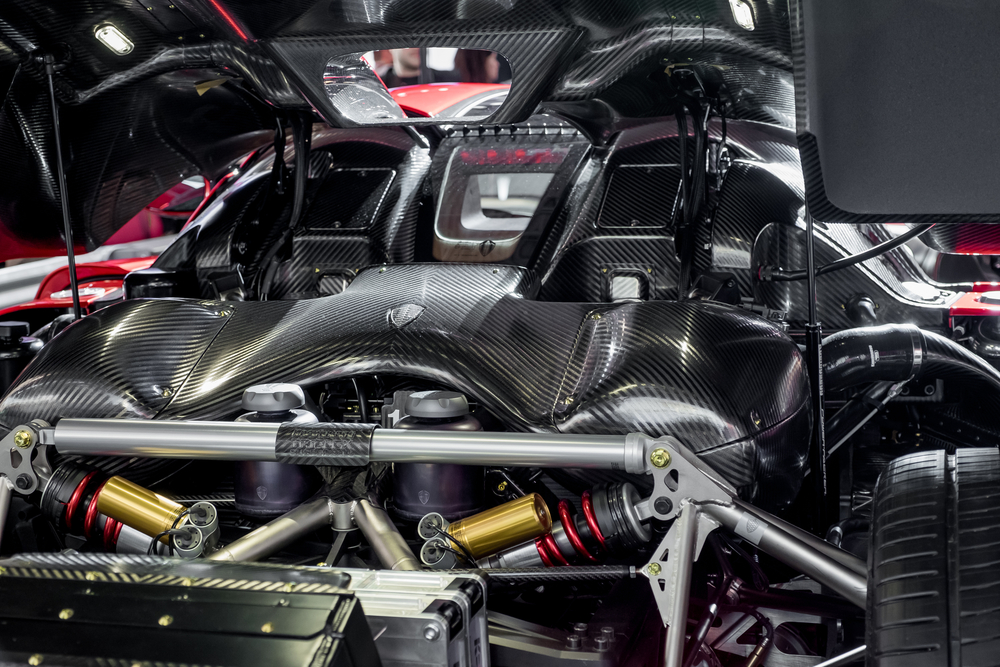 . In recent years, progress has accelerated since reducing the weight of a vehicle is now a decisive factor in helping to reduce CO2 emissions, increasing autonomy and thus reducing fuel consumption. All of the industry's stakeholders are attempting to reduce the weight of their vehicles using new plastics that are ever lighter but sturdier. Some car manufacturers, working in collaboration with the chemicals industry, have gone one step further and begun development on injectable plastics made from renewable resources. They are also developing alloys created with polymers laden with natural fibres. Modern polymers, such as PolyEtherEtherKetone (PEEK), offer improved resistance to extreme heat, radiation, mechanical pressures, and more, and are, above all, ultra-light.

There are also self-regenerating polymers, polymers that can detect toxins, gas absorbers, electric conductors. Plastics have become polymorphous and intelligent .They are now top-class materials, particularly in the aeronautics and automotive industries.

Resins soar through the skies

In the aeronautics industry, for example, the time has come for radical changes to meet the same closely-related imperatives: reducing weight to reduce fuel consumption and, therefore, the carbon footprint. 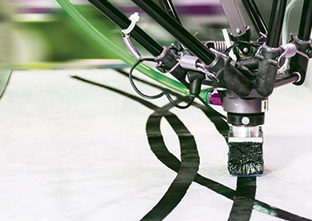 Currently, only composite materials, thanks to polymers, are able to solve the issue of superfluous kilos. These alloys, based on carbon fibre for example, already comprise 50% of the materials used for the construction of the latest models of aircraft, such as the Airbus A350 .This is only a first step as the target is to reach at least 60% or more in the next 10 to 15 years. However, we will not be seeing a 100% composite aircraft in the near future. Metal is still the cheapest material for manufacturing parts, such as reactors, that must withstand high heat. However, a few percent of composites here and there would reduce the weight of the aircraft by several tonnes and save tens of thousands of tonnes of kerosene over the lifespan of an aircraft.

Cevotec, a young German company, is working on a system to automate the installation of carbon fibre in sensitive or hard-to-reach places such as the aircraft's portholes. The aircrafts' diet plan also results in less apparent, but equally important, changes that include designing new food trolleys and seats taking advantage of the qualities of polymers.

14,000 orders! This is the tour de force achieved by the Franco-American Safran/General Electric consortium with their new aircraft engine dubbed Leap. This engine was designed for the Airbus and Boeing carriers. Far from resting on their laurels, the French Safran company has already started testing its prototype engine of the future and, at the same time, has reinvented the good old propeller. This breakthrough innovation would reduce fuel consumption by 15% compared to current engines. The Open Rotor, as it is called, consists of a pair of large propellers measuring four metres in diameter made up of composite materials, which revolve in opposite directions to each other in open air. This type of engine, which is much larger than those current, is intended to be installed at the tail-end of the fuselage. As a result, the entire design of the aircraft would need to be revisited. 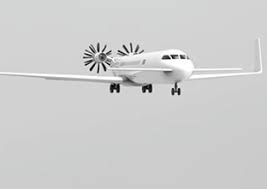 That being said,propellers are usually a source of deafening noise. According to Safran, the noise on the new design would be equivalent to that generated by the Leap engine, thanks in particular to the design of the propeller blades. The blades are manufactured in 3D by weaving looms derived from the textile industry. As for the composite material made from carbon fibres, it is flexible enough to eliminate all the vibrations specific to propeller engines.

A roaring start for composites

The automotive industry is also working hard in this regard as we await the next generations of electric cars whose ecological efficiency remains to be demonstrated if we take into account the life cycle of the vehicle by integrating that of its famous batteries. Meanwhile, the democratisation of carbon fibre is in full swing! A real industrial sector has developed around carbon, driven by the need to reduce CO2 emissions. Weight reduction is an excellent way of improving a vehicle's carbon footprint: 100 kg less on the scale equates to around 10g/km of CO2 saved per vehicle. As a result, manufacturers have invested in new plants to produce carbon fibre composite materials impregnated in polyester or epoxy resin on a large scale, thereby lowering the cost price.

A pioneer in the field, the Italian Alpha-Romeo company has found a way to combine this composite material with aluminium to design the chassis of its 4C model.
The body parts are made of a composite combining polyester with fibreglass. The windows are made of polycarbonate. Other prestigious manufacturers such as Lamborghini and BMW are following the same path, the first for its ultra sporty models and the second for its electric vehicles.

The Sea Bubble casts off

River transport has not been left behind. In Paris, France, the Sea Bubble has created a small revolution. The borough of Paris, anxious to reduce pollution, signed an agreement with the very recently established Sea Bubble company which developed this amazing ship. It is a small autonomous electric boat that quite literally flies across the water thanks to two foils. When the machine accelerates to six knots (11 km/h), it rises above the water through the phenomenon of hydrodynamic lift, and the propellers of the electric motors remain immersed in the water all the while. Another novelty is that this boat will be made available to the public in the same way as self-service cars. To manufacture the Sea Bubble, its inventor called upon the Swiss Decision company, a specialist in composite materials. Fibreglass was selected for economic reasons, but it was impregnated with a bio-sourced epoxy resin.

The manufacturer hopes to eventually use a bamboo fibre to improve its boat's carbon footprint. Everything hinges on the success of the first ships. And it all seems to be going well at this stage. Countries such as India, the Netherlands, Singapore and even Russia, and especially large cities such as Dubai, Bangkok, Geneva, Tokyo, London and Melbourne are paying very close attention to developments in Paris.